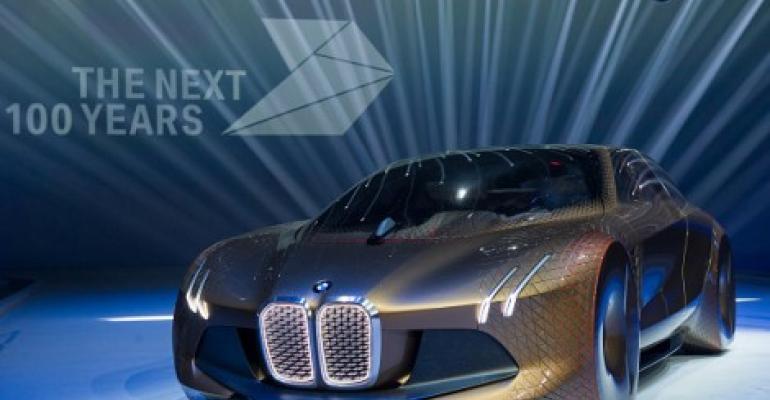 BMW is planning to use IBM's cloud infrastructure to deploy its new platform for collecting data from connected cars. IBM announced it's become a "pilot partner" with the German automaker this week.

Specifically, it's partnering on the automaker's CarData project that was announced at the end of May at the "Mobility of Tomorrow" automotive event in Berlin and which is being billed as the first OEM open data platform.

CarData promises to be a new way of accessing the reams of data -- mileage, average fuel consumption, event data, service information and the like -- that is collected by an automobile's onboard computers. Under the plan, the data is encrypted and transmitted to BMW's secure servers, utilizing a SIM card permanently installed in the vehicle for enhanced security. With the user's consent, the data can then be made available to third party service providers, such as insurance companies and repair shops.

Providing the data center infrastructure to collect and analyze connected-car data is a nascent use case for cloud providers that's bound to become a big market in the near future, especially as self-driving vehicles start to really kick into high gear. Just this past March, Japanese telco NTT Communications partnered with Toyota to build a global data center network for connected-car data and to research the best ways to design such a network. Ford is building a $200 million data center in Flat Rock, Michigan, specifically in response to the deluge of data it expects connected cars to generate.

BMW board member Peter Schwarzenbauer told the crowd at the Berlin auto show:

"BMW CarData will take the connectivity of our vehicles to a new dimension. Our BMW ConnectedDrive customers will be able to take advantage of new, innovative, and customized third-party services in a quick and easy manner. Protecting vehicle data is part of our understanding of premium in the highly-connected vehicle. This is what customers expect from us. In this way, we are allowing customers to decide what happens with their data. This is precisely the philosophy behind BMW CarData."

Buzz words aside, it seems like a good idea.

About 8.5 million BMW vehicles already have the built-in SIM card required to use the system. All that's needed to gain free use of the feature is to register through the company's online ConnectedDrive portal. After that, the car's owner decides with whom and how to share their data "with the click of a mouse." Service providers using the system must be registered with BMW CarData and they will only receive the data they need to perform the authorized service. All data transfers are encrypted.

"For customers, CarData means security, transparency and control over data from your own car, combined with the many benefits of customized services," Schwarzenbauer said.

Eventually, BMW sees CarData moving into other areas, such as the infotainment and smart home arenas.

The connected-car platform will utilize IBM's Platform-as-a-Service called Bluemix to securely and rapidly transfer encrypted vehicle data to these customer-authorized third parties, while giving them the intelligence and cloud tools needed to build customized offerings.

"We will integrate Bluemix with the data APIs from BMW CarData," an IBM spokesperson explained to Data Center Connection. "This will enable third parties to develop new services on top of this by using the full catalog of 150 plus microservices in IBM Bluemix. This is including the Watson services which are available in Bluemix."

Big Blue evidently sees this as opening a door of opportunity, as the company says it will also act as a neutral server for extended vehicle access that will include vehicles from automakers other than BMW.