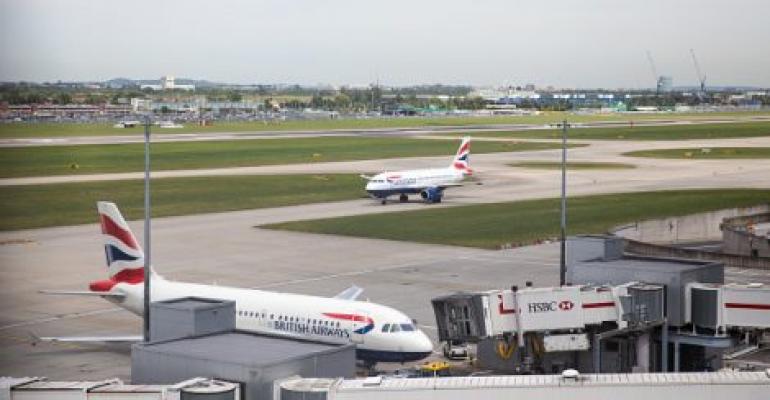 British Airways aircraft on the tarmac at Heathrow Airport on May 28, 2017 in London. (Photo by Jack Taylor/Getty Images)
Manage

How a single tech could cause so much damage, and why the backup system failed remain open questions.

Richard Weiss and Benjamin Katz (Bloomberg) -- British Airways pointed to human error as the cause for mass flight cancellations that grounded at least 75,000 passengers last month and led the carrier’s passenger traffic to decline 1.8 percent.

An engineer had disconnected a power supply at a data center near London’s Heathrow airport, causing a surge that resulted in major damage when it was reconnected, Willie Walsh, chief executive officer of parent IAG SA, told reporters in Mexico. The incident led BA’s information technology systems to crash, causing hundreds of flights to be scrapped over three days as the airline re-established its communications.

The engineer in question had been authorized to be on site, but not “to do what he did,” Walsh said on Monday, according to BBC. He added that an independent investigation into the problem would now be carried out. The comments were confirmed Tuesday by IAG, which separately quantified the slump in BA traffic and pledged that the probe will examine “every aspect” of the power failure.

The outage, estimated to have cost as much as 100 million euros ($112 million), put pressure on BA chief Alex Cruz, who has pushed to cut costs since taking charge a year ago. Walsh had earlier defended Cruz’s handling of the incident, saying it was “very unfair” to blame him. Still, the issue remains of how a single technician could cause so much disruption, and why the airline’s backup systems failed.

British Airways scrapped 479 flights, or 59 percent of its timetable, on May 27 when the failure occurred, together with 193 services the following day and some on May 29. Group traffic still increased 1.8 percent overall in the month, led by advances of 11 percent at Irish unit Aer Lingus and 7.2 percent at Madrid-based Iberia, according to a statement from IAG.

BA is IAG’s biggest earnings contributor, and Cruz is on a mission to boost its profit margin amid stiff competition from discount carriers including EasyJet Plc and Norwegian Air Shuttle ASA by cutting legroom, charging for meals on short-haul flights and outsourcing IT functions to firms outside the U.K.

The breakdown at BA was another blow to the aviation industry, which has been plagued by passenger outrage, especially after a passenger-dragging incident at United Airlines. Power issues contributed to operational problems at Delta Air Lines Inc. and Southwest Airlines Co. in 2016, while Air France-KLM Group and Deutsche Lufthansa AG experienced outages earlier this year.

Walsh said in an interview in Cancun that there are no plans to acquire re-engined Airbus SE A330neo jets for IAG’s new discount long-haul arm Level, and that the current version of the wide-body model will be competitive with the oil price as high as $70 a barrel.

The first batch of seven longer-range A321 single-aisle jets that IAG has agreed to take from Airbus instead of standard planes will be deployed at Aer Lingus, Walsh said, adding that BA could also get the model. The CEO was attending the International Air Transport Association annual meeting.