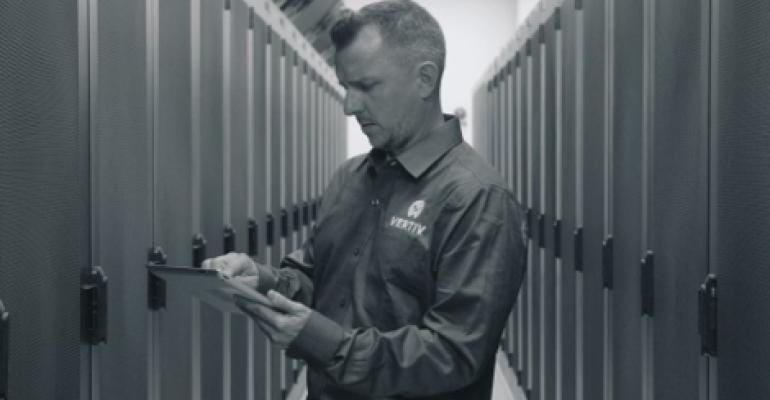 New Owners Pushing Vertiv to “Act Like a Startup”

“Act like a startup, be entrepreneurial,” is the message from the top, Peter Panfil, VP global power at Vertiv (the new company’s name), said in an interview with Data Center Knowledge. “It’s hard to imagine that you’ve got a four-billion-dollar startup, but that’s what we are.”

Since it bought the troubled Emerson Network Power unit – Emerson CEO said after making the decision to sell it that building Network Power was not an accomplishment he would “put on his tombstone” – investor Platinum Equity has been pushing the Vertiv team to think outside the box.

Even though the presence of Emerson’s power and cooling gear is ubiquitous in data centers all over the world (from hyper-scale facilities owned by the likes of Facebook to server farms operated by big banks), it was Emerson’s least profitable unit, which caused asset write downs. The parent company made $3.8 billion worth of acquisitions to expand its data center business.

Emerson was in improve-margins-whatever-it-takes mode when it spun off Network Power, agreeing to sell it to Platinum for $4 billion in 2015. Numerous other units were under review too. The deal was closed at the end of 2016; Network Power’s revenue that year was $4.4 billion.

A Greenlight for Long-Term Bets

The beauty of Vertiv’s current situation is not being beholden to the quarterly earnings report, Panfil said. Unlike many private equity investors who slash costs to maximize profitability of a business and build toward a swift and lucrative exit, Beverly Hills-based Platinum, according to him, is willing to invest in long-term bets – which are also the kind of long-term bets Network Power’s quarter-by-quarter former parent tended to avoid.

“If the return is a little longer but it has the opportunity to have significant revenue impact for the business, we’re going to do it,” he said. “They (Platinum) have empowered everybody in the company to come up with ways to make money.”

So far, the company has bulked up staff, including new account managers and R&D muscle, created a data center commissioning unit, and formed a new global solutions team, charged with providing as full a data center solution as the customer needs.

The new account managers are looking after key accounts one tier down from the 10 or so top hyper-scale cloud and colocation customers, such as Facebook, Microsoft, Amazon, and Equinix. Those next-tier-down accounts are regional colocation players, big retailers, financial services companies, and other major enterprises. Traditionally, Emerson would let those accounts be handled by local business partners, Panfil said.

As a result, he said, activity on those accounts was slower than it could’ve been. “In a world where people follow sales (as my sales increase, I can add people), you would never get to those folks.” With the new salesforce in place, he said he’s seen “more activity on those key accounts in the last six months than I’ve seen in the previous three years.”

Customers have responded well to having more attention from the vendor and from knowing they have a direct line to the vendor’s executives, rather than going through partners.

And this is part of a new competitive reality for data center vendors. That reality also includes things like reserving manufacturing slots and managing inventory for a big customer. Fewer and fewer companies are willing to wait for a vendor to manufacture their equipment after they’ve placed an order. Emerson’s “take an order, build an order” approach doesn’t work here, Panfil said, because customers want to buy as little equipment as possible upfront (just what they need), which means when they need to expand, they have to do it quick.

That’s not the way data center vendors have operated traditionally. “You have to kind of step outside of your normal operating environment,” Panfil said.

Forming the new global solutions team was one of those steps. From having separate groups for solutions of various sizes (row, rack, aisle, full hyper-scale data center), Vertiv earlier this year went to a single solutions team.

Because it’s unusual for an equipment manufacturer to offer everything from a single rack to an entire data center (“It’s kind of foreign” for customers, Panfil said.), this is a long-term play. Panfil expects getting a full data center from a single vendor to become the norm in the future. Customers will want a vendor to “deliver as much of that solution to the site in an integrated configuration,” he said.

And adding an in-house commissioning capability closed the gap Vertiv had in being able to deliver a full data center, which was also something that would’ve been difficult to get Emerson executives to greenlight. “We wouldn’t think of doing a commissioning team five years ago,” Panfil said.

While there could be skepticism about not leveraging the impartiality of a third-party commissioning agent who’s not beholden to the vendor, the benefit for the customer is avoiding the possibility of finger-pointing, should something go wrong. A single-vendor solution means vendors, consulting engineers, construction managers, and commissioning agents can’t blame problems on each other, he explained.