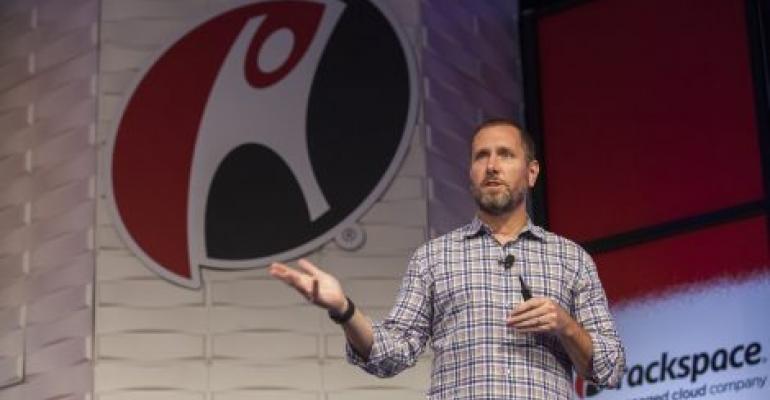 Taylor Rhodes, who announced he&#8217;d be stepping down from his role as CEO of Rackspace in May 2017 (Photo: Rackspace)
Cloud

Taylor Rhodes is leaving Rackspace after three years as CEO of the former hosting and cloud heavyweight that recently pivoted to providing managed cloud services for Amazon Web Services, Microsoft Azure, and other hyper-scale platforms.

Rhodes will be replaced by Rackspace president Jeff Cotten, who is stepping in as interim CEO but whom the company’s board considers “a strong candidate” for the chief executive role long-term.

In a blog post, Rhodes said he has taken the Windcrest, Texas-based company as far as his skill set has allowed, and it’s time to let someone with different knowledge and abilities to push it further. He has taken a CEO role at a much smaller company, whose name he did not disclose, describing it as:

“It’s using cloud technologies to disrupt what has been a very low-tech industry. The company is going through growing pains and needs a CEO who has been through those challenges before.”

Rhodes said his new company is about as big as Rackspace was when he joined 10 years ago.

He was appointed as Rackspace’s chief executive in 2014, replacing then publicly traded company’s co-founder and former CEO Graham Weston. The company made the CEO switch after declining several buyout and partnership offers.

Here’s Rhodes on company performance since the buyout:

“I’m proud to have led Rackspace through a hinge in its history, as we seized the leadership of the young and fast-growing market for managed cloud services, and as we went private under the ownership of Apollo Global Management and its partners. We recently reported strong fourth-quarter results to our bond and debt holders. And 2017 is shaping up to be even stronger, as we’re exceeding almost all of the financial targets we established with Apollo and our board.”

In a follow-up blog post of his own, Cotten said Rhodes was leaving Rackspace in "solid condition." Since the company is now private, it does not report the details of its financial performance, but according to Cotten, its managed cloud business is growing exceptionally well.

Managed AWS and Azure services have grown more than 1,400 percent year over year since they were launched two years ago, he said. The company also recently entered a partnership with Google, expecting to launch managed public cloud services for Google Cloud Platform in the near future. Rackspace also provides private cloud services, using VMware, Microsoft, and OpenStack platforms.