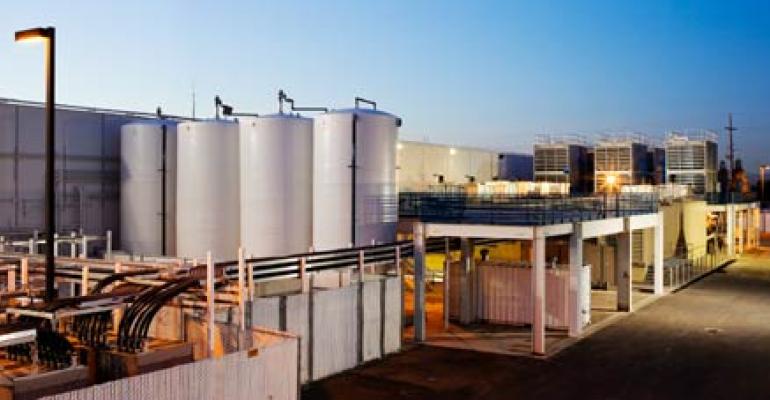 Going Green in Silicon Valley is Expensive, but Not for Everyone

If you operate a data center in Silicon Valley, it’s not easy to source renewable energy close to your facility at a rate that won’t force a dip in your bottom line, especially if you’re a third-party data center provider and your energy rate has everything to do with your profit margin and competitiveness.

While California is a deregulated energy market, it’s only deregulated for certain kinds of commercial and industrial users, and most companies have little choice when it comes to energy suppliers. In most cases you’re basically stuck with the utility that serves your area, and if that utility doesn’t happen to offer a renewable energy product that works for you, you have to get creative and in the end probably also accept a less favorable deal.

For example, when Equinix, one of the world’s two largest data center providers, signed its 2015 power purchase agreement with a solar plant developer in Imperial Valley to power its California footprint, David Rinard, the company’s corporate sustainability head, admitted the deal was less attractive than would’ve been possible in other states, saying, “California was so hard to solve for.”

Such power purchase agreements are now common among data center operators who are navigating the nation’s complex and fragmented energy market, searching for good renewable energy deals in a system designed fundamentally around coal, natural gas, and nuclear. Each state has its own set of rules, and it’s much easier to structure a good deal in a de-regulated market with lots of supply (such as Texas), but if your data centers are elsewhere, the deal will have no impact on their actual carbon footprint.

In California, the road to a clean energy supply for data centers is paved with compromise, but not for everyone. At least one data center provider in Silicon Valley has managed to make buying renewable energy for its campus there easier for itself. And it pulled it off by taking advantage of a window of opportunity that opened only briefly in 2010 and has since been shut.

The company is Infomart Data Centers, but seven years ago it was Fortune Data Centers. Infomart is the product of a merger between Fortune and the Dallas Infomart in 2014. In 2010, Fortune had a data center campus in San Jose (leased to Facebook at the time) and hadn’t yet expanded to Oregon, where Infomart now owns a data center leased to LinkedIn. Regulations passed in response to the California energy crisis a decade earlier had blocked companies from going directly to generators when shopping for energy, forcing everyone to buy from their local utilities. But in 2010, the state’s utility regulators allowed certain types of organizations to apply for authorization to buy energy on the open market for a portion of their utilities’ total load through a program called Direct Access. Fortune was one of the companies that applied and won the approval.

“We’ve been buying on the open market for seven years now,” John Sheputis, Infomart president and Fortune’s founder and former CEO, said in an interview with Data Center Knowledge. Until this year, the company hadn’t been using this privilege to source renewable energy; it was looking for the lowest energy rates on the open market, the same way utilities like PG&E, which serves most of the Silicon Valley, do.

Starting in January 2017, however, Infomart has been buying 100 percent renewable energy for its San Jose campus, which today is leased to three wholesale tenants. Investment in renewable energy by data center providers is on the rise, as more and more companies want data center services powered by wind, solar, and hydro to fulfill their corporate sustainability commitments, while prices of energy from those sources have come down enough to be competitive with coal and other “traditional” generation sources.

Nearly half of America’s largest companies now have clean energy targets, according to a report by sustainable investors and environmental groups published today. Additionally, more than 40 percent of the smallest 100 companies on the Fortune 500 list have renewable energy goals. About 190 of the Fortune 500 companies collectively reported savings of about $3.7 billion per year as a result of switching to renewables, according to the report, titled Power Forward 3.0.

Bloomberg New Energy Finance estimated that corporations bought almost 3.7 gigawatts of clean power in 2015 and 2.5 gigawatts in 2016, mostly from wind and solar plants.

Had Infomart switched to renewables a few years earlier, it would’ve had to pay more. “We could’ve cut this deal five years ago; the price premium would’ve been higher,” Sheputis said. Today, “the premium to be all-green is acceptable.” The premium the company pays this year is 6 percent of the cost of the “higher-carbon alternative.” Its delivered cost of energy in March was 10 cents per kilowatt-hour, including the 6 percent renewable premium.

Through an “energy marketer” called Constellation, Infomart buys energy from a mix of sources that meets California’s renewable energy standards, he explained. PG&E delivers the energy to its data center campus for a fee. While the company cannot dictate which plants the energy comes from specifically, most of them are in the state, according to Sheputis.

While environmental groups have warned that the Trump administration’s open hostility toward the renewable energy industry may have an impact on the market’s momentum, clean energy rates remain low, and several data center providers that recently started to make meaningful investments in renewables for their facilities have told Data Center Knowledge that Trump’s executive order earlier this month seeking to roll back Obama-era climate regulations would have no effect on their plans to pursue their renewable energy goals. They include two of the world’s largest data center providers – Equinix and Digital Realty Trust – and Las Vegas-based Switch.

Given the growing number of clean-energy commitments by corporations and the $3.7 billion in annual savings thanks to renewables reported by nearly 200 current and potential data center customers, it’s easy to see why.