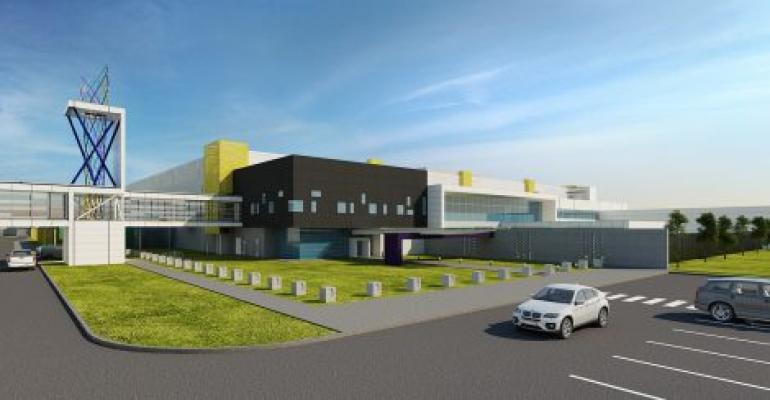 RagingWire reinforced the saying, “everything is bigger in Texas” this week with the first-phase grand opening of its 1 million-square foot, 80MW Dallas TX1 data center campus, located in Garland.

When complete, the facility will be comprised of five fully interconnected buildings, sprawling across 42 acres in the Dallas-Fort Worth metroplex. This first phase puts 230,000 square feet of data center space and 16 MW of critical IT load up for lease by RagingWire and its parent company, the Japanese telco giant NTT Communications.

Located near data center clusters in North Dallas, including Richardson, Plano, and Carrollton, this is RagingWire’s first foray into what is becoming one of the top and fastest-growing data center markets in the US. Other companies contributing to the boom there include Digital Realty, CenturyLink, CyrusOne, DataBank, Equinix, Internap, QTS, TierPoint, T5 Data Centers, and ViaWest.

“We expect that TX1 will become a critical data center hub for large enterprises and cloud companies as part of their global IT deployments,” Douglas Adams, president and CEO of RagingWire, said in a statement.

One reason Texas continues to attract more and more business is because it is the only state with its own power grid. Run by ERCOT, the Electric Reliability Council of Texas, it gives colocation providers access to three power grids in the US. For example, RagingWire in Ashburn connects to the Eastern Grid, and its Sacramento facility connects to the Western Grid. Dallas completes the triangle, according to a company blog post.

While that’s certainly a plus, Texas—like most states—poses its share of unique challenges with respect to data centers. Not every site in the Dallas-Fort Worth metroplex has sufficient utility power for data centers.

So, in order to make the new campus “Texas-ready,” RagingWire is working directly with Garland Power & Light to build a massive 108 MVA substation right next to the TX1 Data Center, according to a press release. GP&L is providing two new 138KV lines connected to multiple transfer systems that can choose between two independent transmission lines connected to dedicated RagingWire transformers. Eventually this new substation will connect to the new 345KV transmission system which will be the backbone for electrical power throughout Texas.

The new campus is also being built to withstand whatever Mother Nature might toss at it. For drought conditions, RagingWire installed one of the largest water-free mechanical systems in the US. The company’s utilization of DCIM software is designed to take advantage of 5,000-plus hours of free cooling per year expected in Dallas.

Then there are the tornados, flash floods, and golf-ball sized hail—all conditions RagingWire said it experienced during the build. Everything from roof to foundation was designed to withstand an EF3 tornado of 136 mph.

The data center is carrier neutral with a number of onsite carriers, as well as dark fiber connections to the carrier hotels at the Dallas Infomart and 2323 Bryant and direct connection to major cloud providers, including Amazon Web Services, Microsoft Azure and Google Cloud Platform.