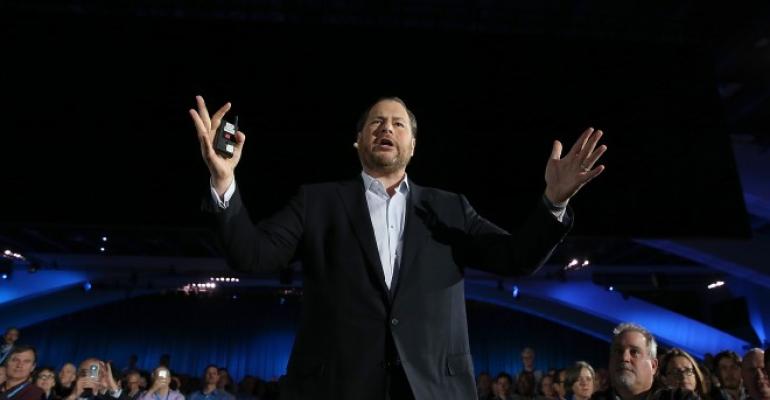 Salesforce announced Thursday that it has achieved net-zero greenhouse gas emissions and carbon neutral cloud delivery for all customers, in a blog post, citing the universal impact of climate change.

The company is operating with net-zero emissions by purchasing high efficiency equipment and investments like virtual power purchase agreements.  Two such agreements in 2016 for a combined 64 megawatts of wind power, Salesforce says. This also means it is counting the carbon and energy saved with its multi-tenant architecture compared to on-premise installations, which it says is 50 times more efficient.

These measures create an internal price on greenhouse gas and a financial incentive to reduce emissions, according to Salesforce Director of Sustainability Patrick Flynn.

“Salesforce knows that businesses can be powerful platforms for change, and we are committed to doing our part,” Flynn writes in the blog post. “We are proud to advocate for access to renewable energy and actively collaborate with like-minded peers through industry groups such as the Renewable Energy Buyers’ Alliance and the Future of Internet Power.”

Salesforce is using independent third-parties to audit and verify the quantification of carbon offset projects, and the blog post outlines projects in Honduras and India it is supporting as part of its emission-reduction efforts. The company also intends to transition to 100 percent renewable energy use.

Many cloud providers and data center companies, including Microsoft, Amazon, Apple, Google, and Equinix have stated they will maintain their commitments to renewable energy goals despite changes in U.S. environmental regulations.