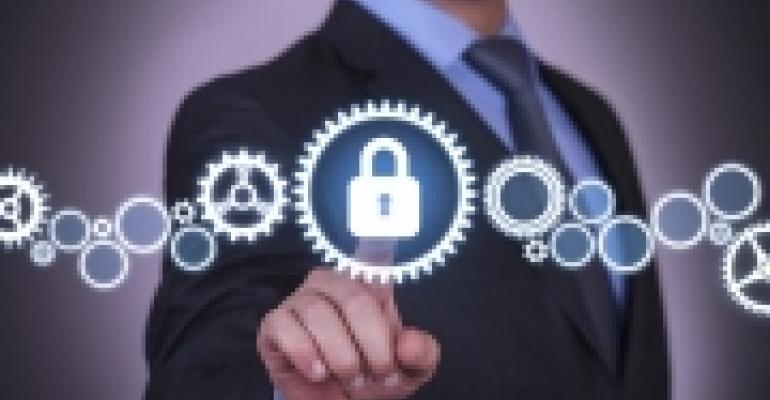 DevOps has been around for awhile. One might even say it's going - as the kids call it - mainstream. Naturally when this happens, we start to look at what's next. What will be the new, shiny trend? Experts believe it may be NoOps, and that MSPs will be the ones to help deliver it.

DevOps, which has been around since about the late 2000s, emphasizes constant collaboration between everyone in technology - developers, systems administrators, QA teams, etc. The primary goal of DevOps is to make the development and management of software more streamlined and efficient. It needs to be able to scale and to react quickly to changes in a software environment, market or user needs.

How has DevOps gone "mainstream?" Take a look at the enterprise world. It's everywhere. Once something has gone the way of your favorite indie band releasing a pop album, it's time to look toward the next thing. Experts, according to an article by Talkin' Cloud, think that may be NoOps. So what exactly does that mean/entail?

NoOps is the idea that manual IT Ops processes and the maintenance/management tasks that systems administrators have to perform by hand can be entirely cut out from software delivery. Essentially, the NoOps model "brings agile to the next level. Admins can say a sweet goodbye to the "dirty work" required to keep software running. With the manual management is removed, systems can scale and evolve without limit.

The sophisticated and advanced tools that DevOps has provided have brought us extremely close to the possibility of NoOps. Of course, there will always be something that has to be done by hand - absolutely no manual maintenance is still very much a pipe dream at this point. BUT, here's where managed services come in. MSPs can help organizations to effectively achieve NoOps.

"Today, developers are increasingly turning to managed services for toolsets and infrastructure requirements - tasks traditionally managed by DevOps teams," says Andrey Akselrod, founder and CTO of Smartling. Utilizing MPSs to eliminate the need to do DevOps will likely become more and more common, experts in the field predict. As DevOps becomes the norm, as all new bright and shiny software solutions do, organizations will seek out solutions that offer higher level of efficiency than what DevOps offers. Keep a sharp eye out, MSPs. Those who can deliver even more agility and automation than an in-house DevOps team will win the game.

Our second story takes a look at a recent Accenture survey that sheds some light on how Americans think when it comes to cybersecurity and the government's role. According to the study (as reported by Security Magazine), more than three quarters of folks in the U.S. are concerned about the privacy and security of their personal online and digital data, and almost two thirds say they would feel more confident if government agencies had more beefed up data-privacy and security policies. Imagine that...

The survey also laid bare some upsetting, but not surprising news. Almost 30 percent of participants stated that they had been a victim of cybercrime in some form. Additionally, 74 percent of citizens have little to no confidence in government’s ability to keep their data private and secure, and nearly 65 percent lack confidence in the ability of law enforcement to investigate and prosecute cybercrimes. Those are big numbers, folks. Again, upsetting but not surprising.

“This survey confirms that ‘cyber insecurity’ is pervasive, with citizens feeling concerned and vulnerable,” states Lalit Ahluwalia, Accenture's North America security lead. “All organizations must make cybersecurity a top priority and move to deploy end-end cyber defense solutions to combat threats to data, and to ensure citizen confidence when engaging with government agencies.”

From the personal side, the research also revealed that 66 percent of respondents said they would be willing to sacrifice convenience for increased data security. More than half (60 percent) said that they would willingly jump through more hoops (such as answering additional login questions) if it meant upped security and protection. Even further, almost half (47 percent) are in favor of the use of biometric technologies to verify identity and secure access.

From the government and agency side, citizens expressed support for new security services that the organizations could adopt to enhance their data privacy and security measures. Respondents overwhelmingly agreed that the availability of a secure digital identity (85 percent), the undertaking of regular security assessments (82 percent) and new cyber defense services (85 percent) would up their faith and confidence in the privacy and security of their precious data.

“While government agencies face many cybersecurity challenges, the research found strong citizen support for government organizations to take steps to increase data security and protect citizen information," states Peter Hutchinson, public service strategy lead at Accenture. "Government agencies that take a comprehensive end-to-end security approach by integrating cyber security deep into their organizations will not only secure their data, but also win the trust and confidence of the citizens they serve.”

Our last story delves into the cybersecurity jobs arena. A lot of predictions and reports will tell you that IT and cybersecurity jobs are already increasing in demand, and will continue to do so in the coming years. Sounds about right... right? It may be a bit more complex than that. According to an article by SC Magazine, there was a net increase of 13,000 information technology jobs reported in February. Encouraging? It certainly seems so - a sign of strong, healthy growth. However, a comparison to older employment numbers from the Bureau of Labor Statistics (BLS) complicates things a bit.

While the numbers prove that February was the best month since September of 2016 in terms of job growth for IT professionals, there is something a bit unsettling about performance over the last three months of the year, according to David Foote, CEO and chief research officer at Foote Partners, an IT analyst firm and research organization.

"Only 7,533 jobs were added on average in this period compared to 11,533 jobs per month in the first nine months," said Foote in a report. While he pointed out that a three-month span is insufficient for a true analysis of labor numbers, still, the February results indicated "volatility and uncertainty in the marketplace for U.S. tech jobs."

Foote also stated that companies are treading lightly and being cautious about hiring full-time staff for technology-enabled solutions. Instead, they are hiring consultants and contingency workers. The goal? Flexibility. Enterprises are able to stay unrestrained as they develop their security implementations.

Enterprises must scale quickly and seamlessly in order to stay competitive, Foote goes on to say. This means positions are being added in areas that have proved hugely effective, such as cloud, Big Data, mobile or digital technology. Why? Because the outlook shows these professionals having an impact far into the future.

"What will drive new job creation in 2017 will be hiring in niche areas – such as Big Data and advanced analytics, cybersecurity and certain areas of applications development and software engineering, like DevOps and digital product development,” says Foote.

This post originally appeared here at The VAR Guy.