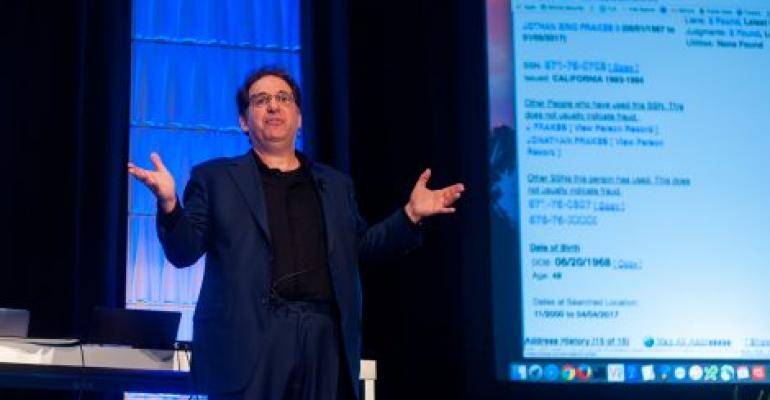 The human factor in cybersecurity is every hacker’s favorite exploit

When a credit bureau hired Kevin Mitnick’s company to test its security defenses, he went straight for the crown jewels. He decided he would try to get inside the bureau’s data center, physically, on his own two feet.

After spending the second half of the nineties in prison for a number of computer crimes, he did not quit hacking. Instead, the legendary former cybercriminal put together an entire team of hackers who break into organizations’ systems using his signature combination of in-person deceit (Mitnick is a top authority on social engineering) and technological exploits as a service, to help them identify security holes.

This week, on stage at the Los Angeles Convention Center during the annual Data Center World conference, Mitnick demonstrated in real-time an entire list of ways one could get proprietary and personal information, using both internet search skills and sophisticated technological exploits, from personal computers as well as corporate networks.

One of the tools he’s used is a device that reads identification code from access badges by HID, common in corporate offices and data centers. Once it reads the code, the badge can be easily cloned, giving the hacker the same physical access as the badge’s owner.

Mitnick had to clone two badges to get inside this particular client’s data center: one to get into the building and the other to get inside the data hall. He used social engineering (the art of manipulating people into disclosing valuable information) to get his hands on the first one.

Since the data center was inside an office building operated by a real estate company, he called and set up an appointment with a salesperson, pretending to be interested in leasing office space. During the tour, he casually asked how the company managed access control, and the salesperson showed him her badge. He asked to take a closer look, and she handed the badge to him, at which point he held it next to a leather planner he was holding, with the badge reading device inside. He only needed to hold the badge for a second to clone it.

Once the device reads the target’s badge, all it takes is holding a blank badge over it to transfer the code.

To get to a badge that would get him inside the actual bureau data center, Mitnick needed to clone one that belonged to a person that worked in the facility. He could already freely walk around the building, so he went into a men’s restroom that was closest to the data center and waited until he could stand at a stall next to one of the data center’s employees, at which point all he needed was to briefly get his planner close to the badge hanging on the target’s belt.

Of course, access badges are eventually going to give way to more advanced access-control technologies, such as biometric identification and facial recognition, but it will be a while before all legacy enterprise data centers will upgrade their physical security systems with the latest and greatest fingerprint and iris scanners and machine-learning technology that will recognize whether a person in a CCTV video is supposed to be on the data center floor.

While finding a technological exploit to break into a system is just a matter of time for sophisticated hackers, people are still the weakest link in any cybersecurity scheme today, Mitnick said. “Human factor -- that’s usually the easiest way in.”

Attacks that exploit that human factor – like the March 2016 spear-phishing email to former chairman of Hilary Clinton’s presidential campaign John Podesta that eventually put sensitive campaign emails into the hands of WikiLeaks – are a favorite type of exploit by cybercriminals.

“These attacks are very common and usually the easiest way in,” Mitnick said.