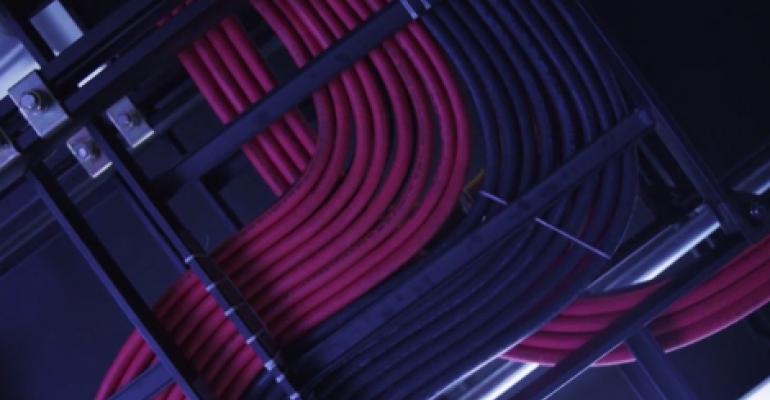 Recent acquisition and expansion activity shows the Atlanta market is heating up.

A flurry of recent activity underscores the importance of Atlanta as an emerging hub for data centers in the Southeast.

The demand for data center space leased from third-party landlords appears to be growing across all segments there, including: colocation and interconnection, enterprise outsourcing, cloud and hybrid IT solutions.

Illustrating strength of the Atlanta data center market is recent acquisition and expansion activity there. Earlier this month, Ascent announced acquisition of two enterprise data centers, one of them a BlackBerry facility in the Atlanta market. After the closing bell this past Wednesday, Digital Realty Trust announced it was expanding its Telx business in the Atlanta metro, where strong demand for colo space put its 160,000-square foot interconnection hub at 56 Marietta St. at full capacity.

The carrier hotel was a crown jewel in Digital Realty's Telx acquisition in 2015. Today, even the building's sub-basement is leased to customers, John Stewart, a senior VP at Digital Realty, said in an interview with Data Center Knowledge. Atlanta is now the third-largest colocation and interconnection market for Digital, trailing only New York and Chicago, where the San Francisco-based data center REIT also owns key connectivity hubs.

The existing 300-plus customer ecosystem at 56 Marietta includes 150 network, telecom, and cloud providers, and over 11,000 cross-connects. Stewart explained that customer demand is so strong, Digital decided to execute a long-term lease at 250 Williams St. as the fastest way to provide another 18,000 square feet of raised floor. This is an unusual move for the company, which owns almost all its other 140-plus data centers worldwide, illustrating how urgent the need for data center capacity in the market is.

This new facility is located about 0.6 miles from 56 Marietta and tethered to the carrier hotel's network meet-me rooms by high-speed fiber. The new location is essentially functioning as an annex which does not require the use of Metro Connect, Digital Realty's connectivity infrastructure that links its facilities in single metros. Customers will be able to self-provision crossconnects as if they were 56 Marietta tenants, utilizing Digital's MarketplacePORTAL and Service Exchange software networking tools. 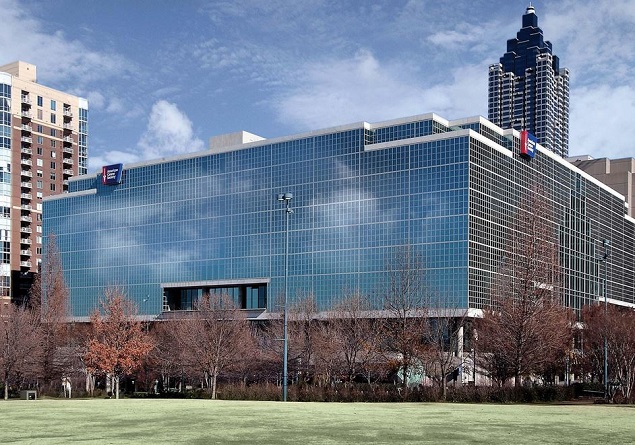 Office REIT Cousins Properties owns the American Cancer Society building located at 250 Williams St. The building is just under 1 million square feet, and is designed for up to a 24MW critical load. It sits atop Georgia Power’s Fowler Underground Grid System, which assures an uninterrupted supply of power, according to Cousins.

Notably, the building housed communications infrastructure for the 1996 Summer Olympics, and its floors can handle 150 pounds per square foot. Digital has an option to take down a second chunk of space of similar size from Cousins. This is important, because Stewart believes the first phase at 250 Williams St. will be full by the end of 2018.

Earlier this month, Ascent Corp. announced that it had entered into a sale-leaseback arrangement with a "global technology company" for enterprise data centers in both the Atlanta and Toronto markets. Subsequently, a news report by Appen Media Group confirmed the ATL1 data center, purchased for $30 million, was located on a 40-acre site formerly owned by BlackBerry.

Ascent and BlackBerry inked a partial lease-back for the 8.1MW facility in Atlanta, which is expandable to 14MW. The Toronto campus will have up to 4.8MW of critical power in TOR1 available by Q2 2017, and this campus could eventually be scaled up to 75MW of critical load.

"Our ATL1 facility is a true enterprise-class data center," Ascent CEO Phil Horstmann told us via email, in which he also touted the robustness of the facility's electrical and mechanical infrastructure, as well as its access to fiber and severe weather-resistant structure.

The two Ascent sale-leaseback deals are in partnership with TowerBrook Capital Partners. This arrangement allows the customer to focus on its core business while allowing Ascent to offer other enterprise customers "plug-and-play" data center space for immediate occupancy and potential for future expansion.

In addition to being a home to corporate and regional headquarters, metro-Atlanta is also home to over 13,000 technology companies. This is one of the reasons why QTS Realty has a large footprint in this market, with mega-data center campuses in Suwanee and metro-Atlanta.

The company's former CIO, Jeff Berson, was recently elevated to the CFO position. "A business-friendly posture, plus the well-educated work force, including a large engineering talent pool, and fiber connectivity, help make Atlanta a great market for data centers," he said in an interview.

In addition to being the "gateway to the Southeast," the region's low cost of power makes it attractive for hyper-scale customers, he noted. Power can be as low as $0.045 per kWh, plus taxes and fees, according to Berson.

Meanwhile, bread-and-butter QTS clients in Atlanta continue to be customers interested in deploying a hybrid cloud IT stack. Enterprise verticals that are particularly active in the market include health care, financial services, and retail, in addition to cloud, technology, and IT services. There is also a considerable federal government presence in Atlanta, but government demand can be lumpy and hard to predict, Berson added.

The other main attraction mentioned by both Berson and Horstmann is what Atlanta doesn't have -- a propensity for hurricanes and other natural disasters. While it is still early in the year, it looks like data center leasing activity is heating up for incumbents in 2017, as well as Ascent, the latest player to call Atlanta home.