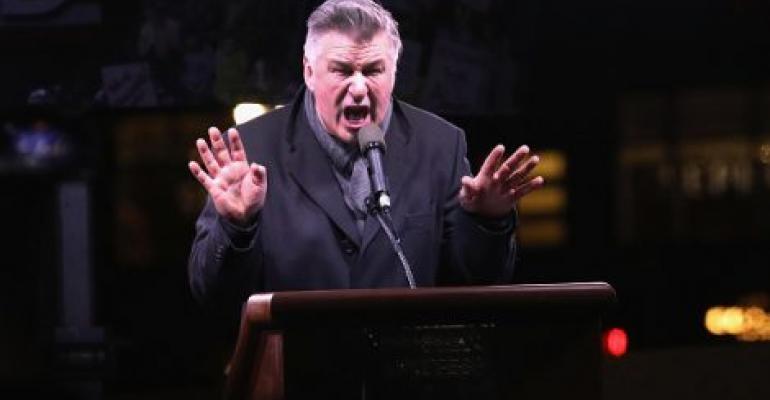 Sorry Mr. President, it’ll be a few hours before you can tweet about SNL’s ratings.

If Donald Trump was waiting this past Sunday morning for rating of the Saturday Night Live episode that aired the night before, he probably had to wait a few hours longer than usual.

That’s because Nielsen, the consumer-research company that has for years ruled TV ratings but has recently struggled to adapt to the digital-media environment, suffered from a data center outage in its Global Technology and Innovation Center in Oldsmar, Florida.

There was a power outage at the facility early Sunday morning, and while power was back on within several hours, the systems in the data center had to be rebooted, Deadline Hollywod reported, causing a delay in generating audience ratings for shows such as American Crime, NCIS: LA, and SNL, hosted by Scarlett Johansson and featuring once again Alec Baldwin as President Trump.

It’s unclear what caused the power outage, and why the data center’s backup power systems did not kick in (or whether the data center had backup systems to begin with). A Nielsen spokesperson did not respond to a request for comment in time for publication.

The company did send Deadline Hollywood a statement regarding the outage:

“A power outage at our Oldsmar Data Center impacted the availability of some Nielsen applications and the planned delivery of some Nielsen data for Sunday, March 12th and Monday March 13th. We are actively working to resolve the issue and will continue to provide clients with updates as more information becomes available.”

See also: No Shortage of Twitter Snark as AWS Outage Disrupts the Internet