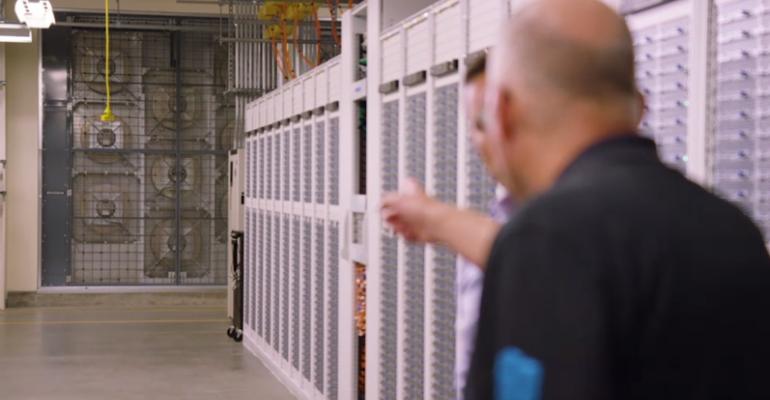 Facebook’s announcement of FBOSS, its Linux-based data center network OS, two years ago, and Microsoft’s open sourcing of SONiC, the software stack that powers the networking infrastructure for all of its cloud services, last year, were the first phase of unbundling, or disaggregation of network hardware and network software. The two companies’ software was built to run on various types of network hardware, built by different vendors – a major departure from the tightly coupled hardware and software bundles by the likes of Cisco, Dell, or Juniper, typically found in most enterprise data centers.

Microsoft is now taking this disaggregation idea further by making the task of writing applications to run on its networking stack easier for an average software developer, who may not necessarily have highly specialized knowledge of networking. The company recently updated SONiC to support Docker, the popular application container standard, which means a developer can now build a filtering tool, a routing application, or an SDN policy in a Docker container in their development environment and deploy it on a data center switch just like they would deploy any containerized application on a server.

While the release of FBOSS and the previous version of SONiC were steps in the right direction, “it was still not possible for an average application developer to build applications to run a network stack,” Kushagra Vaid, general manager for Azure cloud hardware infrastructure at Microsoft, said in an interview with Data Center Knowledge. “It was too tightly coupled.” Now, “because we support Docker on the networking stack in SONiC, you can deploy it so easily to the cloud.”

Want to learn more about Microsoft's open source hardware design efforts? Come to Data Center World in Los Angeles this April to hear Kushagra Vaid speak about Project Olympus, the company's unprecedented approach of inviting the open source community to participate in designing servers that will power all its cloud services in its data centers. More about the conference here.

Docker containers on SONiC can be used with the common container orchestration tools, such as Docker’s Swarm or Google’s Kubernetes. “Essentially, the network switch becomes just like a server cluster,” Vaid said. “I think that’s going to be revolutionary. Nobody has done that level of ease of deployment for networking, until now.”

While Vaid was reluctant to specify who those suppliers are, hardware vendors that support SONiC are Arista, Dell, Edgecore (a Taiwanese hardware supplier), Ingrasys (a subsidiary of Foxconn, also based in Taiwan), and Mellanox, the Israeli maker of network hardware components.