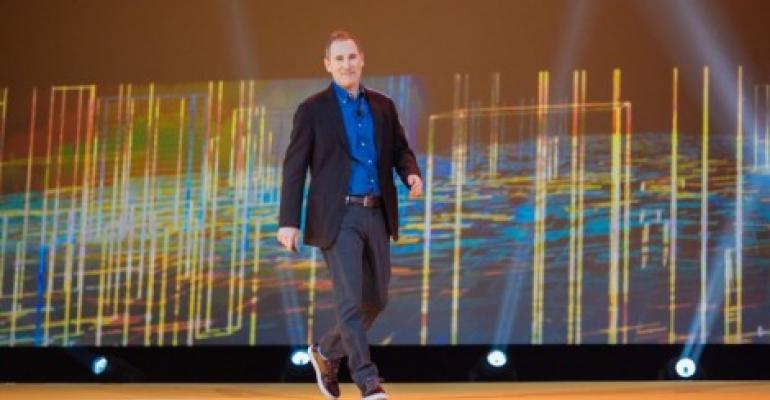 COPT, major builder of AWS data center shells in the region, appears to be setting the table for its next large data center campus there.

Corporate Office Property Trust, a publicly traded REIT that's built a lot of shell buildings for Amazon data centers in the region, appears to be in the process of entitling land for another data center campus. Northern Virginia is home to the largest cluster of Amazon Web Services data centers.

A rezoning application has been submitted to Loudoun County for a 141-acre parcel of land within the Route 28 Taxing District. The rezoning application for "Paragon Park" is consistent with 100 percent data center use and greater building density on the property, up to 1.0 FAR (floor area ratio).

The property is in the Broad Run Election District, on the east and west side of Pacific Blvd. (Route 1036), on the south side of West Severn Way (Route 1748), and on the north side of the W&OD Trail.

"The venture acquired six of COPT's existing, single-tenant, data center properties that contain a total of 962,000 square feet. The unconsolidated venture raised $60 million of 10-year mortgages that bear interest at 3.4% to finance approximately 40% of the value of the properties. GI Partners' affiliate purchased its interest in the venture for approximately $44 million. COPT realized $104 million in proceeds from these transactions."

It appears that COPT may be preparing the ground for the next crop of Amazon data centers in Loudoun County. 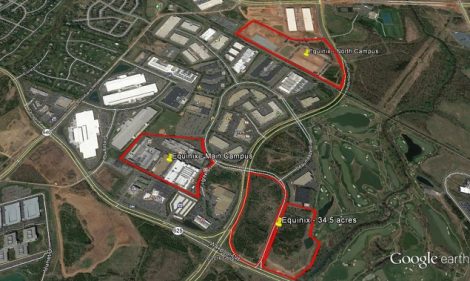 A typical single-story data center footprint might cover just 35 percent of the land. The high price of land in Loudoun County may begin to accelerate a trend toward two-story or three-story data center designs, which would help new development compete, since higher floor area ratios help reduce cost per square foot.

In markets with high barrier to entry, like Silicon Valley, existing industrial and office facilities are demolished to make way for multi-story data center designs. Data center developers are typically paying around $100 per square foot just for sites. In order to remain competitive, the latest phases built by CoreSite Realty and Vantage Data Centers in Santa Clara are four-story designs, with mechanical equipment on the first floor and three stories of data halls.

As available real estate in the Northern Virginia market gets tighter and tighter, we're likely to see a similar trend there as well.