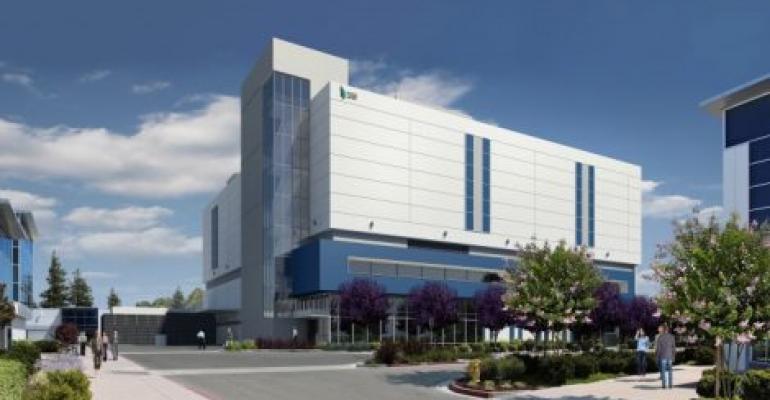 Vacancy rates at historic lows, this is a good time to build data centers in Silicon Valley.

Vantage Data Centers, a Silicon Valley data center developer and provider rumored to have recently been in acquisition talks with internet infrastructure investor Digital Bridge, is kicking off construction of the latest data center on its Santa Clara campus.

After having secured all necessary approvals from the city, construction of the four-story, 15MW V5 facility is expected to start this week, the company announced. Vantage expects to finish the building between early and mid-2018.

This is a good time to be building data centers in Silicon Valley, as the market is extremely supply-constrained, according to a recent report by the commercial real estate brokerage CBRE. Data center vacancy rate reached a 10-year historic low of 4.5 percent at the end of 2016.

While companies leased a lot less Silicon Valley data center space last year than they did in 2015 (from 40MW in 2015 down to 11.7MW in 2016), vacancy rates declined more than in any other US data center market, the report said.

The company is also expanding capacity of the Santa Clara campus’s on-site substation to support the upcoming facility by adding a third 50MW transformer. The transformer will push the substation’s total capacity to 150MW.

Construction of another facility (V6) on the Vantage campus in Silicon Valley has been ongoing. Together, the two data centers will take the campus’s total IT capacity from 51MW to 75MW.

Vantage is also planning to build a second Santa Clara campus about nine miles away from its existing location. The company announced earlier this year that it has secured a nine-acre piece of land in the city, where it expects to start construction sometime this year.

In addition to its Silicon Valley data centers, Vantage operates a campus in Quincy, Washington.

Digital Bridge, a Miami-based investor focused on communications infrastructure that entered the data center market last year by acquiring Dallas-based data center provider DataBank, has reportedly been in talks about a potential acquisition of Vantage, according to a news report earlier this year that relied on anonymous sources. Digital Bridge declined to comment on the report.