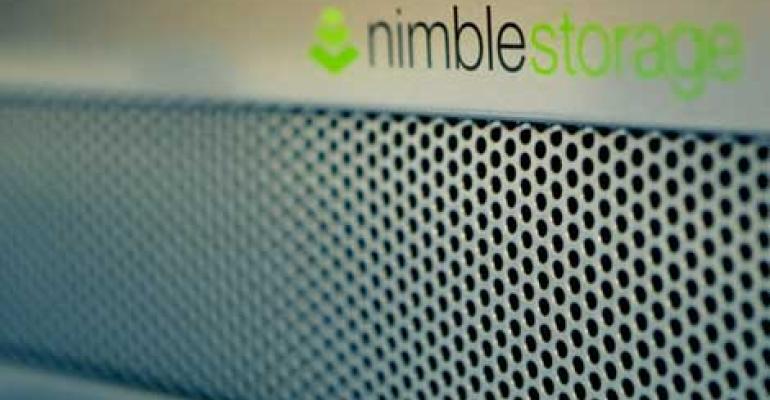 HPE to Buy Flash-Storage Company Nimble for $1B

By Brian Womack (Bloomberg) -- Hewlett Packard Enterprise Co. agreed to buy Nimble Storage in a deal valued at about $1 billion, bolstering a higher-growth segment of the market for data storage.

The $12.50-a-share offer for Nimble was 45 percent more than Monday’s closing price. Hewlett Packard Enterprise said Tuesday it also will assume, or pay out, about $200 million of Nimble’s unvested equity awards at the closing of the deal.

Chief Executive Officer Meg Whitman -- looking for ways to return to sales growth -- is spending more on acquisitions after a multiyear effort to slim down her company. She had already announced three purchases this year, and the deal for Nimble will extend Hewlett Packard’s reach into flash-storage data, which uses memory chips that are much faster than traditional hard disk-based storage.

The market for flash storage was estimated to be about $15 billion in 2016 and will grow to $20 billion by 2020, according to projections from International Data Corp. 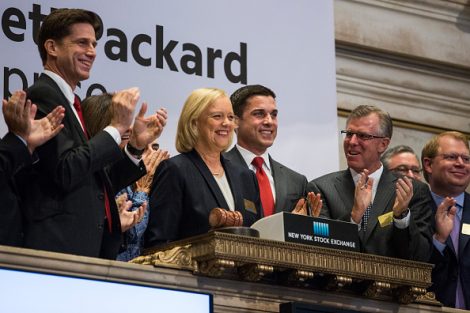 Hewlett Packard Enterprise, which posted a 10 percent drop in revenue in the quarter ended Jan. 31., is seeking faster-growing businesses to help offset weak demand for older products and competition from cloud-based providers of storage and computing power. Sales in the key Enterprise Group -- which includes servers and storage gear -- dropped 12 percent.

Meanwhile, San Jose, California-based Nimble reported that revenue increased 26 percent to $102 million in the quarter ended Oct. 31. Its offerings are complementary to Hewlett Packard Enterprise and the deal will “enable HPE to deliver a full range of superior flash storage solutions for customers across every segment,” according to a statement announcing the agreement.

The transaction is expected to add to earnings in the first full fiscal year following its completion, anticipated in April.

Whitman -- who split her company from its personal computer and printer businesses in late 2015 -- is trying to make Hewlett Packard Enterprise more flexible. This year, the Palo Alto, California-based company should conclude two multibillion-dollar deals unveiled in 2016. In September, the company announced it would spin off and merge some software assets in a deal with U.K.-based Micro Focus International Plc. Last May, HPE said it would combine its technology-services division with Computer Sciences Corp. in a spinoff scheduled to become official April 1.

Nimble was founded in 2007, went public in December 2013 and has about 1,300 employees, according to the statement.

See also: How to Optimize Flash Storage in the Data Center