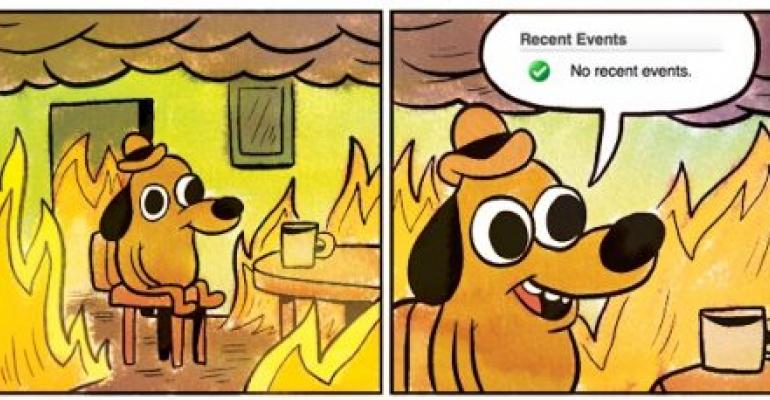 No Shortage of Twitter Snark as AWS Outage Disrupts the Internet

As with any major outage of a popular cloud service, the sarcasm floweth cross the tweetosphere as Amazon Web Services engineers struggle to figure out what’s wrong with the infrastructure behind its hugely popular cloud storage service S3, an outage that’s affecting many other AWS services, such as Athena, Kinesis Firehose, MapReduce, and Simple Email, among others, and a host of online services run by other companies that rely on Amazon’s cloud.

The AWS outage started Tuesday morning, and many users learned about it on Twitter before they saw a notification on the AWS service health dashboard. As it turned out, some of the dashboard’s functionality also depends on S3, which is why notifications came late, Amazon later explained, also via Twitter.

The long list of companies affected by the AWS outage includes Adobe, Atlassian, Business Insider, Docker, Expedia, GitLab, Coursera, Medium, Quora, Slack, Twilio, and the US Securities and Exchange Commission, among many others.

In a status update posted at 11:35 AM Pacific (the service health dashboard has been fixed), AWS said it continued to experience high error rates with S3 in US-East-1, the availability region hosted in Northern Virginia data centers. “We are working hard at repairing S3, believe we understand root cause, and are working on implementing what we believe will remediate the issue,” the update read.

(Update: Amazon reported that S3 was back to normal shortly after 5 p.m. Pacific on Tuesday)

Here’s a sampling of the snark the AWS outage has inspired on Twitter:

ATTENTION EMPLOYEES:
WE ARE AT CODE RED - THE COFFEEMAKER ALSO RAN ON AWS#AWSS3

If you’re in San Francisco for #GDC17, that siren you just heard across the city is the weekly emergency test – not an #AWS #S3 outage alarm

*checks status of dedicated servers in our #datacenter*

NO NO I MEAN #AWS 😁 pic.twitter.com/eVaO0hlQdx

Due to the #AWS outage and it's impact to Snapchat & other popular apps, millions of millennials just looked up for the first time in years

*decides to make gif meme abt the AWS outage•

Me at the beginning of this AWS outage. Me 15 minutes into the AWS outage. pic.twitter.com/znKYfgUEco

https://t.co/HcE5n7PD4l is currently showing that everything is green. #aws pic.twitter.com/4Hyi9HBTMt