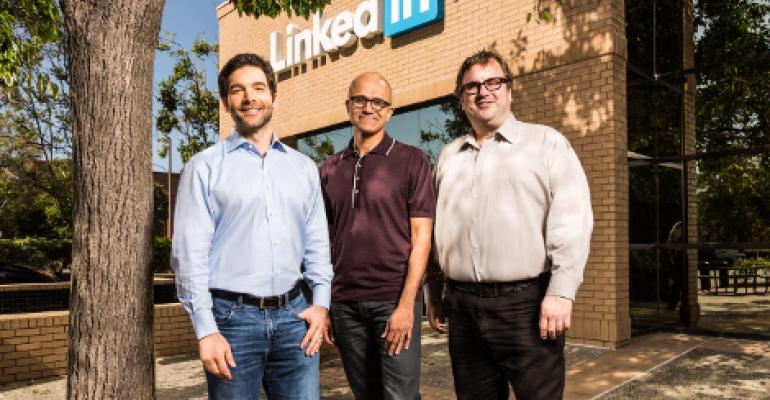 Microsoft’s near-term strategy for LinkedIn is to let the social network continue growing its user base and improving user experience without making any potentially disruptive changes, including changes around infrastructure, Microsoft CFO, Amy Hood, said on the company’s earnings call last week.

“Over time of course I'm sure they'll want to take advantage – as we build new services together – of some of our infrastructure assets,” she said. “But in the short term, the most important thing is [that] they continue to add value and usage and great experience for their members. And so I have really no intention of messing with that in terms of capital expenditures in the short [term] and next six months for sure.”

The statement appears to answer the question about Microsoft’s plans for LinkedIn data centers, at least in the immediate future. Before Microsoft’s blockbuster $26.2 billion acquisition of the professional social network last year, LinkedIn had started executing on an ambitious plan to build out a hyper-scale global data center platform.

That plan includes designing its own hardware and proposing its own hardware standard, Open19, positioning it as an alternative to Open Compute Project. Microsoft is one of OCP’s biggest members and has standardized its data center hardware on OCP-based designs.

Hood’s statement signals that at least for the time being, Microsoft has no intention to push its new subsidiary to abandon its infrastructure strategy to bring it more in line with Microsoft’s.

Companies consolidating data center infrastructure post-acquisition is common. Facebook, for example, decided it would be worthwhile to go through the extremely complex exercise of moving Instagram’s backend from Amazon Web Services into its own data centers after it bought the photo sharing platform in 2012. But that migration did not happen until 2014.