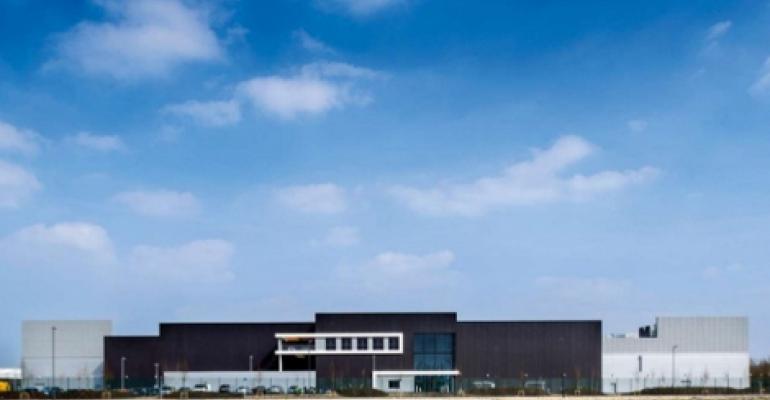 This Rackspace data center in Crawley, UK, has a high-efficiency indirect outside air cooling system and is designed to support Rackspace&#8217;s version of Open Compute hardware. (Photo: Rackspace)
Shared

A veteran with Rackspace, Jeff Cotten has a lot to say about the cloud and where it's going

Even in 2008, when the recently appointed Rackspace president Jeff Cotten was just starting his career at the company, Amazon Web Services was a leader in the public cloud. It would take years before Rackspace would turn its business model on its head and launch managed cloud services for AWS and Azure.

In an interview with Talkin’ Cloud, Cotten, who will formally take the role of president on Feb. 1, says managed AWS is the fastest growing area of business that Rackspace has ever had.

“We sort of see this as the innovators dilemma. Rackspace was a disrupter in the industry in the early 2000s, disrupting a lot of the traditional IT service providers at the time,” Cotten says, who previously led Rackspace’s managed AWS business, and international teams. “In some regards our business got disrupted with cloud and we’ve now taken advantage of that with a pivot in our strategy to manage these public clouds.”

As president, Cotten will be taking over some of the duties from Rackspace CEO Taylor Rhodes, who since 2014 has served as both president and CEO. (Cotten and Rhodes actually worked together before Rackspace at EDS in Dallas.)

“It will sort of serve to divide and conquer here to allow Taylor to focus on our private cloud and traditional managed hosting business which we still see a rather large opportunity there,” he said. “And then he’ll also be focused on a big opportunity we see with top 100 accounts to make sure we serve them effectively across cloud platforms.”

Cotten will oversee Rackspace’s channel organization, direct sellers, engineers and architects that engage with customers, and its professional services organization. Along with that, Cotten’s focus spans across three main areas: ensuring its salespeople have the right specializations and understand customer pain points; growing its international business; and expanding its hypergrowth business, which includes managed AWS and managed security.

“Trying to understand what customer pain points are and what they’re trying to solve with cloud infrastructure is very complex. It’s certainly complex for our customers, that’s why they come to us, but even for our sales organization,” he says.

“We’re going to continue to ensure that our sellers have speciality areas that they can go much deeper into a certain cloud platform to solve the pain points.”

This year will also bring more international growth for Rackspace, specifically the market launch in DACH, which was announced in October along with the opening of its Munich office.

“That’s a market we’ve been studying for a number of years when we set up our international headquarters in Switzerland,” Cotten says, where he himself worked as managing director of international before joining the managed AWS team.

Rackspace launched managed AWS services in 2015, and in 2017, it’s about growing this area of the business, Cotten says, including hiring the right people to make it happen.

“Finding the talent that understands how the customer behaves, what they need differently is a very difficult thing and not to mention the credentials and certifications and either finding the people that are either already certified or capable of obtaining the certification of some of these cloud platforms is a very big challenge,” he says.

When asked about the impact of AWS Managed Services, which the cloud giant launched last month to mixed reactions, Cotten doesn’t seem concerned.

“Our assessment is that it doesn’t have any near-term impact on our business. We actually were involved with AWS around this time last year in the development of that offer,” he says. “We actually are excited about it in some regards because there’s some tooling and systems they will launch that will actually benefit us as a result of what they’re doing with their managed service launch.”

Beyond that, Cotten says Rackspace and AWS are targeting a very different customer.

“It’s a very high-end enterprise customer; [AWS’] starting point from a pricing perspective is $100,000 in monthly services alone, that doesn’t count infrastructure. Rackspace’s starting point is $1000 per month,” he says.

Though the business looks a lot different than it did when he first started at Rackspace, in some ways the company is going back to its roots, Cotten says, describing the evolution of the business in three separate phases. In the first phase, Rackspace was focused on service; though customers often knew what infrastructure they needed, they were looking for managed services. In the second phase of Rackspace its customer was much more technology-savvy and self-service. They wanted to buy and consume its public cloud, and appreciated OpenStack.

“Now we’re entering phase three which is getting back to our service roots,” he says. “In phase three it’s a very different interaction because our customers are coming to us seeking our advice and how to get started. The complexity is so much vaster than it was than it was in phase one or even phase two.”

“Phase three is frankly the most exciting phase because it allows us to have a much more mature discussion with the customer,” Cotten says. “The nature of Fanatical Support I think lends itself to getting engaged earlier in the customer’s buying cycle and developing that trusted relationship.”