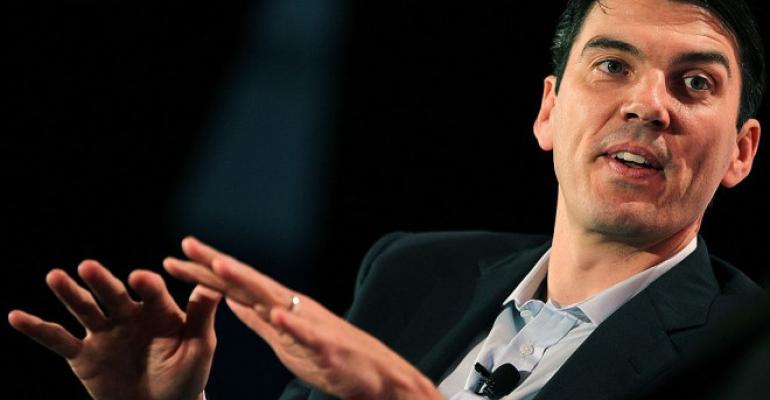 Verizon’s $4.8 billion deal to acquire Yahoo and merge it with AOL has stalled following a widespread hack of 500 million Yahoo users. But AOL CEO Tim Armstrong believes the deal will ultimately close.

“I’m cautiously optimistic that it will happen,” Armstrong told attendees of Business Insider’s Ignition Conference. “The companies are working well together. There’s been a constructive dialog around things like the data breach that need to get resolved.”

Verizon emerged as the winning bidder for Yahoo after the flagging giant underwent a lengthy auction process. But two months later, Yahoo revealed that it had been subject to a large breach of security in 2014, putting the deal in jeopardy.

Armstrong, who has been leading the integration with Yahoo alongside Verizon’s Marni Walden, said the two companies had been setting up a merger strategy when the data breach was made public, a turn of events that “slowed things down a bit.” But he noted that they are proceeding with planning the deal, and expect to begin laying out the structure of the combined company.

Armstrong also expects Yahoo CEO Marissa Mayer to remain with the company. “I’m hopeful that as we go forward that Marissa will play a role in getting Yahoo to the next iteration and next generation of what Yahoo’s going to be,” he said, calling Yahoo’s recent presentation of its 2017 strategy “impressive.”

AOL recently announced plans to lay off 500 employees. It’s a move that Armstrong said would have happened regardless of the Yahoo deal and was instead the result of a string of deals that AOL has made to acquire smaller companies since it was bought by Verizon in 2015 for $4.4 billion. He said those cuts should carry AOL through 2017 but added that “we’ve said there will be synergies when we did the deal” for Yahoo.

Armstrong spoke at the conference ahead of Arianna Huffington, who just recently left her post at AOL as president of The Huffington Post Media Group to launch wellness startup Thrive Global. When asked about The Huffington Post’s treatment of the 2016 presidential election – the website appended an editor’s note to stories about Donald Trump that included describing him as a “serial liar,” “racist” and “misogynist” – Armstrong called the coverage “differentiated and bold.”