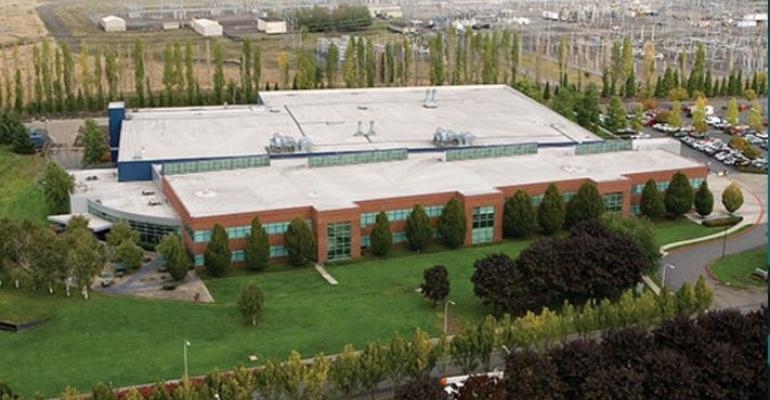 In an interview with Data Center Knowledge, Infomart President John Sheputis talks strategy and discusses plans for 35 megawatts of development slated for 2017.

Back in 2014, Fortune Data Centers and Dallas Infomart pooled their assets under the Infomart Data Centers flag, headed by Sheputis. Since both entities were owned by real estate funds controlled by ASB Capital Management, it eased the process of combining resources and talent.

Sheputis told Data Center Knowledge that around that same time that RFPs (customer requests for proposals), were increasingly focused on questions such as: Where else do you have facilities? Are you able to grow with us?

The ability for Infomart to present four Tier 1 market options to tenants: Dallas, Silicon Valley, Portland, and Ashburn in 2017, has continued to grow in importance. Infomart currently operates 2.3 million square feet in its data center portfolio, with about 35MW in various stages of active development.

Infomart takes a pure wholesale approach to the data center business, and does not compete with its tenants. Infomart does not mark-up power, or share in savings negotiated with electric utilities. Notably, Infomart does not charge a monthly recurring fee for cross-connects, including the connectivity-focused iconic Dallas facility. This approach differentiates Infomart from other landlords, including most publicly traded peers. Here is a closer look at Infomart on a market by market basis.

LinkedIn recently consolidated US data center operations by leasing 8MW of custom built data hall space from Infomart. This is the first LinkedIn data center designed to operate at a scale of 100,000-plus servers.

The availability of low-carbon hydroelectric power from Bonneville Power Administration certainly factored into the decision for LinkedIn to select the "Silicon Forest" of Hillsboro, near Portland, Oregon as a location for its new, high-density data center design. 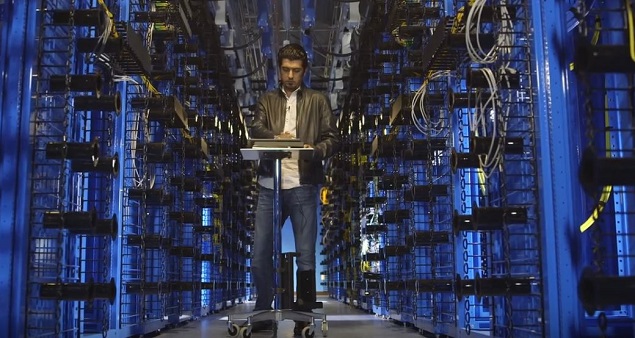 However, a highly collaborative design-build approach between landlord and tenant played a major role in LinkedIn selecting Infomart Portland to be the home for its state-of-the-art LOR1 data center.

Sheputis and his Infomart team were able to roll up their sleeves to work with LinkedIn engineers to provide facility features such as the 415 volt electrical distribution system, a 400A Starline bus above the racks, and an efficient chiller plant delivering supply water at 67 degrees. These design elements support LinkedIn's hot/cold containment at the rack level utilizing rear door heat exchangers, allowing for flexible cabinet designs up to 24kW.

The Oregon climate allows LinkedIn to leverage "free cooling" from water side economization 60 percent of the year, which along with an overall energy efficient design, contributes to a PUE as low as 1.06. The Uptime Institute recently has recognized LinkedIn and Infomart Portland with their Efficient IT award. Notably, this was the first time the award was given in a multi-tenant data center where the user and landlord were different entities.

Infomart currently has 4 MW of move-in ready space and 8MW of shell available at the 24 MW Hillsboro property.

The former 180,000 square foot AOL data center in Sterling, VA was purchased by Infomart in 2014 with just 6MW of critical power.  In most other ways the existing facility was state-of-the-art. Infomart is currently completing an upgrade of the entire mechanical and electrical infrastructure to bring this facility up to Tier III design standards with a PUE of 1.25 or better.

During the process of evaluation and design, Infomart decided it would be market savvy to increase the power density to support 300kW-400kW per square foot, or 15MW-20MW for the entire facility. This process has pushed out the opening of the Infomart Ashburn data center. However, the initial 6MW Phase 1 will commissioned, and a 2MW data hall will be completed and available by Q2 2017.

Sheputis explained that PG&E as a regulated California utility does not make a profit on producing and supplying energy. While at first blush it might appear counter-intuitive, PG&E actually makes money "from moving electricity through its transmission and distribution systems." Sheputis took advantage of a brief window in time to apply and be accepted into PG&E's Direct Access program.

Direct Access allows Infomart to purchase electricity at an agreed upon rate from third-party Energy Service Providers. The electrons are the same, but are delivered and consumed at a lower total cost for power. Sheputis gleaned insights into free markets and deregulation during his stint in the mid-to-late 1990s with Enron Energy Services and Enron Wholesale. Choice of electrical suppliers also allows customers more flexibility when it comes to reducing facility carbon footprints through purchasing renewable energy, even if the tariff is a bit higher.

Infomart can offer data center customers a slightly lower rate structure in San Jose, than the current tariff being charged by Santa Clara Power. SCP is generally viewed to be the low-cost provider for Silicon Valley data center operators.

Infomart has 3 MW move-in ready space available at the existing 9.3 MW Silicon Valley property with a PUE of 1.3. Additionally, the redevelopment of a 55,000 square foot building will provide another 6MW of data center capacity and 10,000 of private office at this site.

The iconic Dallas Infomart contains 1.6 million square feet of data halls and support space, and over 100MW of critical power. Sheputis explained that Infomart only operates 30MW of that capacity, with the balance leased to major tenants such as Equinix who are responsible for their own footprint, including operating their own generators.

Infomart has a multi-phase expansion underway in Dallas. The first phase is building out unoccupied suites within the existing envelope.  Infomart has initially developed the first 3MW, with 500kW underway (to be delivered in Feb 2017). There are another 7MW of requirements that Infomart has identified to be the next projects.

Phase 2 of the expansion would be 30MW, and require constructing a separate 300,000 square foot building on the property. 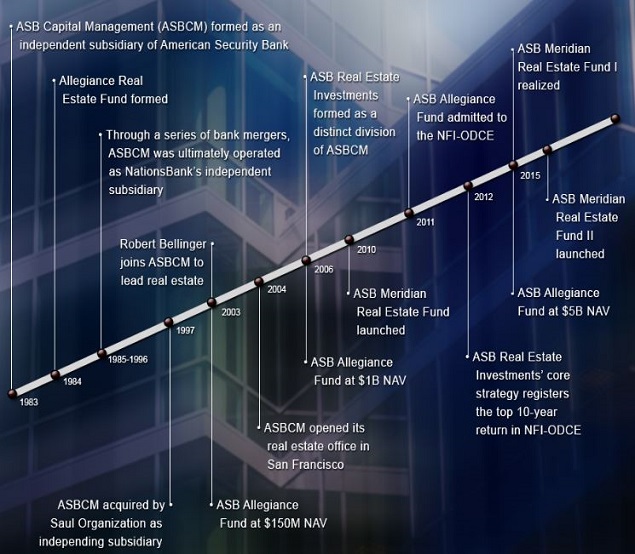 Sheputis explained, that developers and private equity funds are looking for much higher returns than pension funds and life insurance companies, who he joked were "financial apex predators." They are often the natural long-term home for capital intensive assets such as data centers.

ASB is fairly patient capital. According to the Infomart website: "Ownership with the capital to support a long-term investment strategy means we can focus on providing our customers with the best products and services possible without the pressure to cut costs and boost ROI. It also means we have long-term financial stability and the agility to keep up with technological advances."

During 2017, the Infomart team has plenty of development projects and leasing opportunities in all four existing markets. However, Sheputis acknowledged that looking to 2018 and beyond, Infomart could be coming up on a strategic crossroads. Decisions will be made regarding expansions into other markets, growth by acquisition, or other strategic alternatives for Infomart.

Essentially, ASB and the Infomart management team will have to decide whether to expand and stay the course, merge privately, or look toward Wall Street for other alternatives.