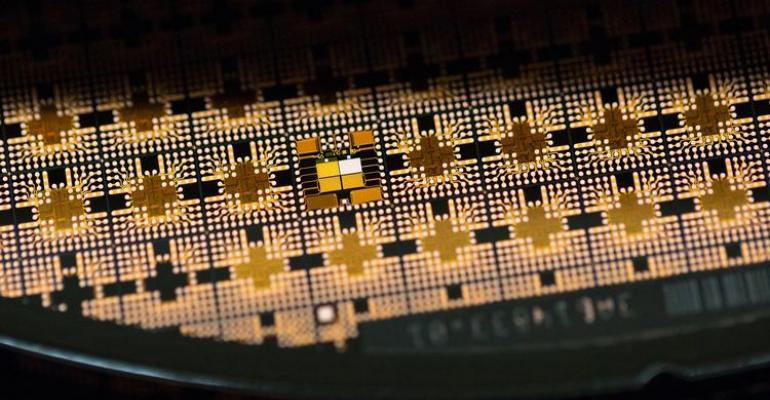 Chipmakers Tumble Most Since June on Report Apple Cut Orders

Chipmakers dropped the most in five months after a report that Apple Inc. is reducing orders for iPhone 7 parts reignited a post U.S.-election selloff in technology stocks.

BLOOMBERG - Chipmakers dropped the most in five months after a report that Apple Inc. is reducing orders for iPhone 7 parts reignited a post U.S.-election selloff in technology stocks.

The Philadelphia Semiconductor Index slumped 4.9 percent as all 30 members fell. The gauge is on pace for its worst week in almost 11 months, having declined 5.9 percent. The S&P 500 Information Technology Sector Index fell 2.3 percent, the most since early September. Apple slipped 1 percent to $109.47 after Digitimes said the company is cutting orders amid fading sales momentum.

Large-cap technology shares have been falling since the election amid concerns about President-elect Donald Trump’s trade policy, regulatory risks and Silicon Valley’s relationship with the White House. The tech sector could see additional declines of 3 percent to 5 percent by year-end, Evercore ISI technical strategist Richard Ross said on Nov. 16.

Semiconductors had been an area of relative strength within the tech industry. Through Nov. 30, these stocks had outperformed the broader tech group by 6.7 percentage points since the election.

“Investors were nervous about the SOX group, but they held on because it’s continued to act so well and on the first sign of weakness, they bailed,” said Matt Maley, an equity strategist at Miller Tabak & Co. LLC in New York. “Not to mention, the news is coming from the biggest player in the field.”

The semiconductor group, which is trading at a 44 percent premium to the broader tech index, touched a 16-year high last week.

Margins and valuations for chipmakers are high relative to historical averages and revenue growth is “lackadaisical,” Bloomberg Intelligence analyst Anand Srinivasan said by phone. Consolidation “is the only game left” for the sector, he said.

With many investors reluctantly favoring semiconductors to other tech stocks, Thursday’s selloff could spark a further rotation out of this group, according to Maley. “In the last six months, whenever we’ve seen a big one-day move in a group, it usually lasts more than one day -- once it turns, it goes,” he said.