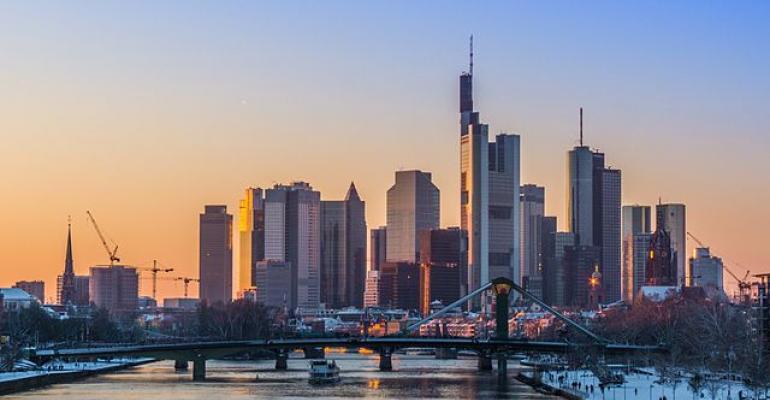 The managed cloud provider is making the dive into Germany’s highly competitive cloud services market, at the epicenter of the action. But that’s also where all the controversy is centered.

While Rackspace announced just prior to last week’s Thanksgiving holiday that it intends to build a data center facility in central Frankfurt, there’s a reason there aren’t many details:  The cloud provider’s construction partner has yet to be decided.

“Rackspace is in the final stage of selecting our data center partner,” Rackspace Senior Director of Data Center Product Engineering Gary Boyd told Data Center Knowledge Monday morning.  “The decision to select Frankfurt was based on it being a business centric location, and central within the German and European network topography.  This enables a Frankfurt data center to be an ideal location to provide low latency solutions across the entire region.”

At present, Boyd said, his company is looking to build within an existing facility.  “Low energy efficiency is a key goal amongst others, that forms part of our facility selection criteria,” he told us.  “Rackspace power needs require our data center partners' ability to concurrently maintain the infrastructure.”

The largest single Internet exchange point worldwide is Frankfurt’s Deutscher Commercial Internet Exchange (DE-CIX), a carrier-neutral nexus of interconnection services.  Its location, say European cloud service analysts, is what has made Frankfurt into continental Europe’s unofficial capital for cloud service providers.  One analyst firm, Crisp Research, estimated that over a five-year period beginning in 2009, average bandwidth for DE-CIX quintupled to about 2 terabits per second.

For Rackspace to complete its corporate transition from a public cloud host into a full-service premium provider, it has to become competitive in Germany.  A live sampling of customers of the Web site creation service BuiltWith (which is not proportional to Rackspace’s entire customer base) shows that of all that service’s customers whose Web sites are hosted by Rackspace, fewer than one-third of one percent are situated in Germany.  Better than 88 percent are U.S.-based.

So for Rackspace to become competitive worldwide, it desperately needs presence on the European continent.

“Rackspace currently serves customers based in Germany out of our London facilities,” said Boyd.  “These provide low latency solutions.  The Frankfurt facility will improve the latency times for certain customers, but it is unlikely to be the primary motivation for selecting the new facility.  Geographic preference is likely to be the main reason German based customers will select Frankfurt.”

A Crisp Research report by Senior Analyst Rene Buest, published in July 2015, suggested that Rackspace may be among the firms with the most to gain by building in Germany.  Translated into English (by a person), the summary reads in part, “Rackspace is not yet represented by a local data center in the German market; yet its business is expanding into the DACH market [Germany, Austria, Switzerland], where Germany is of strategic importance.  A local data center would certainly underline the commitment.  Rackspace could have winning cards as a managed cloud service provider, because the majority of German businesses are already busy with managed cloud services.”

Buest also cited Germany’s strong data privacy laws as one reason Frankfurt has become a “mecca” for cloud service, in his words.  But that assertion had already become the subject of intense debate, as the chief of the cloud industry consortium that runs DE-CIX, Klaus Landefeld, had already testified in 2013 before the German Parliament that DE-CIX had begrudgingly complied with a 2009 government order giving Germany’s foreign intelligence service, the BND, a direct wiretap into the exchange’s traffic.

At the time, Landefeld called upon the government to re-examine regulations he claimed were outdated, that gave the appearance of limiting the BND’s ability to monitor data, but that could easily be legally circumvented by re-interpreting the rules.  Translating from German, he told Parliament there were presently no checks and balances that truthfully applied to secret government agencies, so long as regulations were determined solely by those agencies’ own lawyers.

He also warned that there was nothing to stop the BND from sharing data with the U.S. National Security Agency.

In another geopolitical development, Germany has been actively implementing plans to build a kind of Internet fast lane for itself, called the “innovation-friendly Internet” (innovationsfreundliche), as part of its national High-Tech Strategy.  In a 2014 speech, German Chancellor Angela Merkel suggested that a separate tier may be necessary to ensure stronger privacy, so long as a net-neutral Internet (zugängliche) remained a priority of the European Union.

“What does ‘innovation-friendly Internet’ mean?  It means that there is a certain security for special services,” said Chancellor Merkel (translating from the German).  “These special services will increase in number, but they can only develop if predictable quality standards are available.  These two sides must be brought together.  I believe this can be achieved in negotiations in Brussels in a short time.”

Data Center Knowledge has asked Rackspace about its opinion of the business situation in Germany, and has yet to receive its response.

UPDATE 29 November 2016 10:45 am PT:  Responding Tuesday morning to our inquiry about Rackspace's view of the political situation in Germany, and how it could affect his company's plans, Simon Abrahams, the company's international head of market strategy and insight, had this comment:

"In fact, there is much that is common to customer behavior across all our markets.  In Germany as elsewhere, we see that organizations have an urgent desire to innovate their IT, and understand that cloud could be part of their solution.

"But lacking the expertise, experience and resources to innovate, while still running their existing systems and services," Abrahams continued, "they look to Rackspace for help.  Deep multi-cloud expertise that covers everything from design, deployment through to operations, and proactive security, is as compelling in Munich as it is in Manchester, Milan or Michigan – and this is what customers ask Rackspace to provide."