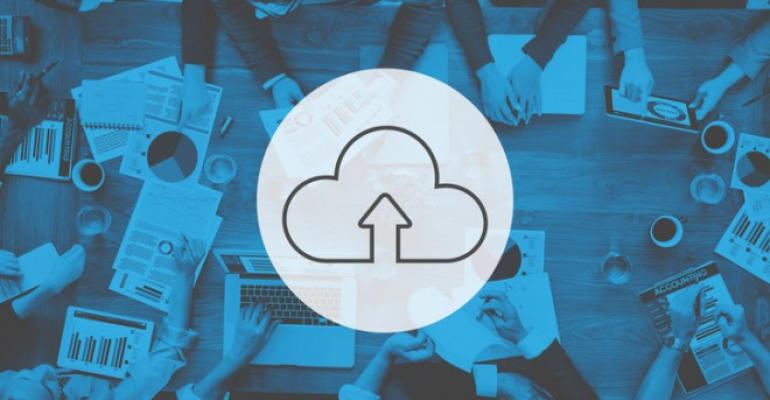 By 2020, 92 Percent of All Data Center Traffic Will be Cloud

Cisco projects total global data center traffic to reach 15.3 ZB annually by 2020, with 92 percent of all workloads being processed in the cloud by 2020.

Cloud data center traffic will exceed 14 zettabytes in 2020, an increase of 262 percent from 2015, according to the Cisco Global Cloud Index (PDF). Released Thursday, the report projects total global data center traffic to reach 15.3 ZB annually by 2020, with 92 percent of all workloads being processed in the cloud by 2020.

The majority of workloads will tip over from private to public cloud this year, Cisco says, and public cloud will continue to grow by 35 percent CAGR throughout the forecast period (compared to 15 percent for private), boosted by demand for cost efficiency and agility, along with strengthening public cloud security.

SaaS workloads will grow from 65 percent of total cloud workloads in 2015 to 74 percent by 2020, while the share taken by IaaS will drop from 26 to 17 percent, and PaaS will drop from 9 to 8.  Cisco also forecasts enterprises’ share of workloads to decrease, while consumers’ share will rise, though the enterprise share will be buoyed by big data and IoT workloads. In its report last year, Cisco noted that personal cloud storage would be used by 55 percent (2 billion) of the consumer internet population by 2019.

While data center traffic is growing, architectural innovations like software-defined networking and network function virtualization are streamlining it, the index says, and the density of workloads per server is forecast to grow from 7.3 in 2015 to 11.9 by 2020.

“The IT industry has taken cloud computing from an emerging technology to an essential scalable and flexible networking solution. With large global cloud deployments, operators are optimizing their data center strategies to meet the growing needs of businesses and consumers,” said Doug Webster, Cisco’s vice president of service provider marketing. “We anticipate all types of data center operators continuing to invest in cloud-based innovations that streamline infrastructures and help them more profitably deliver web-based services to a wide range of end users.”

The Internet of Everything (IoE) will generate 600 ZB of data by 2020, the report says, but hardly more than 6 ZB of that will be stored.