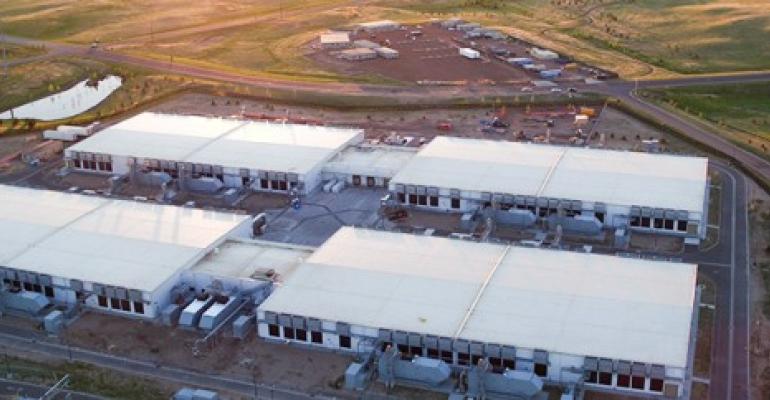 Microsoft has released a work-in-progress design for the next generation cloud server that will power Azure, Office 365 and other cloud services in Microsoft data centers. The now open source design is about 50 percent complete, and that’s how Microsoft wants it.

Not only does the design not benefit from the outside input an open source community can provide, it also means the ecosystem of vendors that would supply parts for the product or create other products based on the design doesn’t have access before the design is complete. “This late contribution delays the development of derivative designs, limits interactive community engagement and adoption, and slows down overall delivery,” Kushagra Vaid, general manager for Azure hardware in Microsoft data centers, wrote in a blog post Monday.

The half-baked design is being submitted to OCP a lot earlier in the development cycle than any other previous OCP project, according to Vaid. “By sharing designs that are actively in development, Project Olympus will allow the community to contribute to the ecosystem by downloading, modifying, and forking the hardware design just like open source software,” he wrote.

The OCP Foundation, which oversees OCP, is on board, with Bill Carter, the foundation’s CTO, saying:

“Microsoft is opening the door to a new era of open source hardware development. Project Olympus, the re-imagined collaboration model and the way they’re bringing it to market, is unprecedented in the history of OCP and open source data center hardware.”

Microsoft has been an OCP member since 2014, when it released its first open source cloud server design through the project. It was the first hyperscale data center operator to join OCP, which today also lists Apple, Google, and Rackspace as members, in addition to Facebook, which started the project in 2011.

OCP-inspired hardware is now standard across the entire global Microsoft data center infrastructure. More than 90 percent of severs the company buys today are based on OCP specs, Vaid wrote. 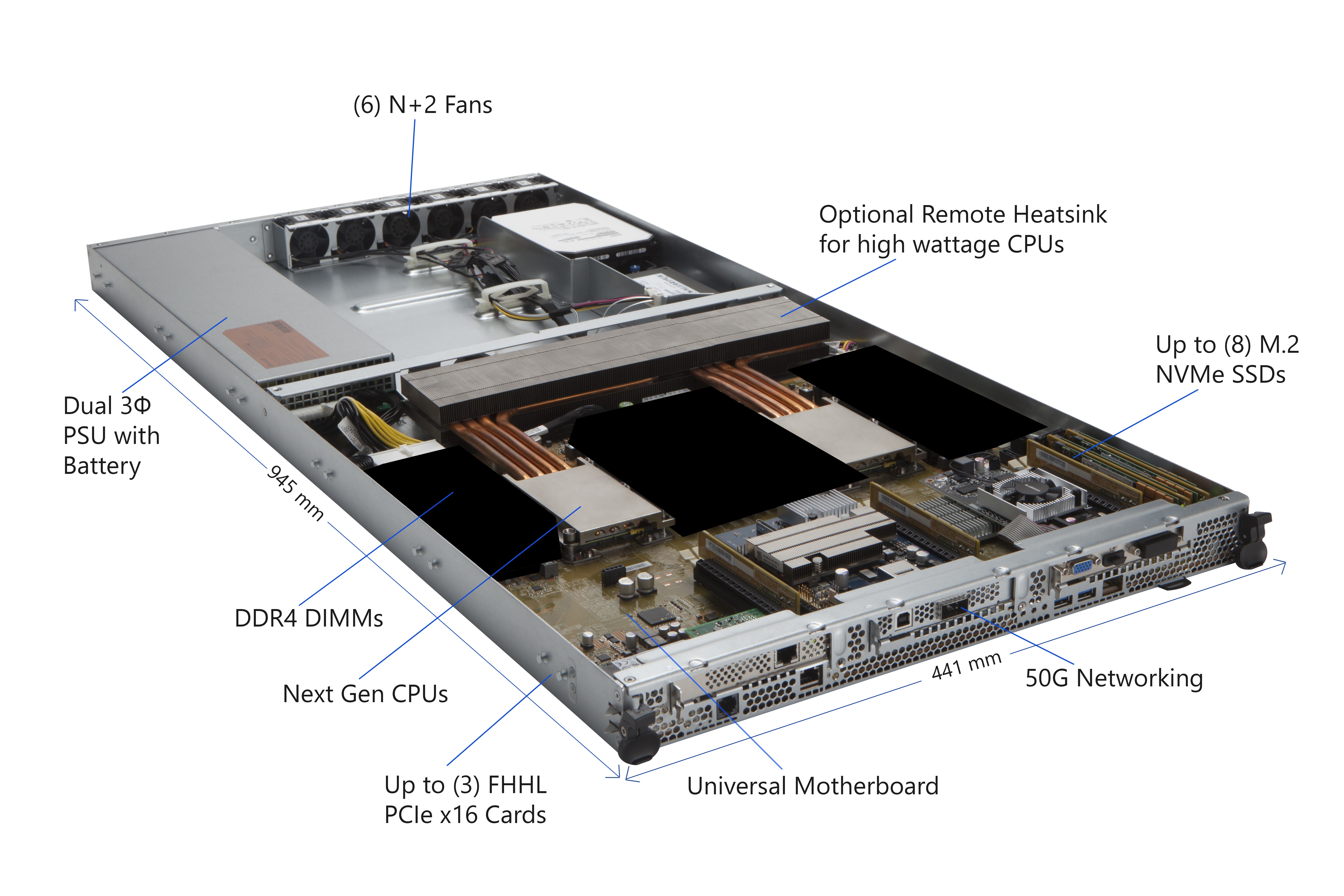 The company’s latest, third-generation, cloud server will feature a universal motherboard whose modular design makes it easy to reconfigure for different types of workloads.

The motherboard also supports both integrated power supplies as well as a new universal rack power distribution unit to make it easier to deploy the hardware in data centers in different parts of the world with different power standards.

Like its previous-generation server, the new motherboard will support FPGAs (Field Programmable Gate Arrays), which provide additional computing horsepower to the two CPUs for high-demand workloads, such as machine-learning applications. 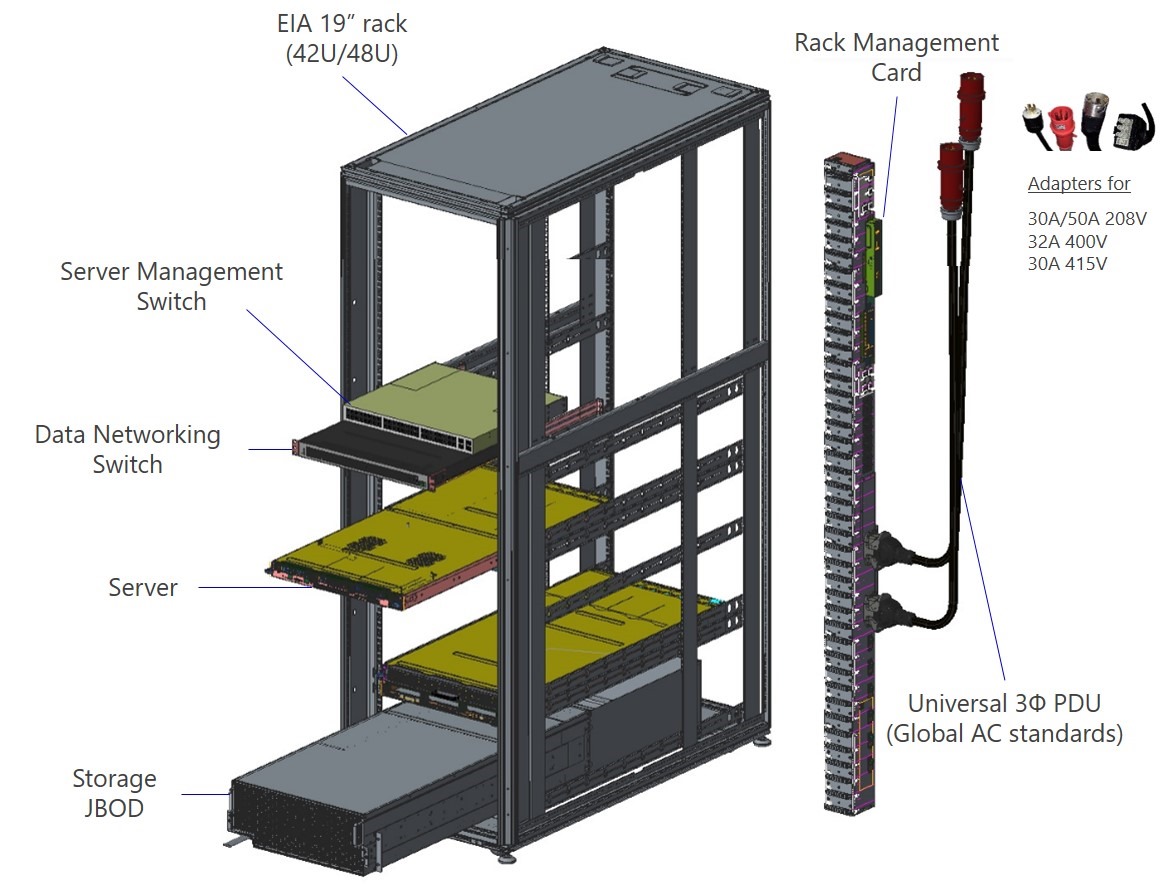 Microsoft has contributed design specs for the motherboard, a power supply with integrated backup batteries, server chassis, a high-density storage expansion, the universal rack PDU, and a standards-compliant rack management card to the open source Project Olympus (hosted on GitHub).

Vaid told Bloomberg he expects to see first deployments of the new servers in Microsoft data centers by the middle of next year.