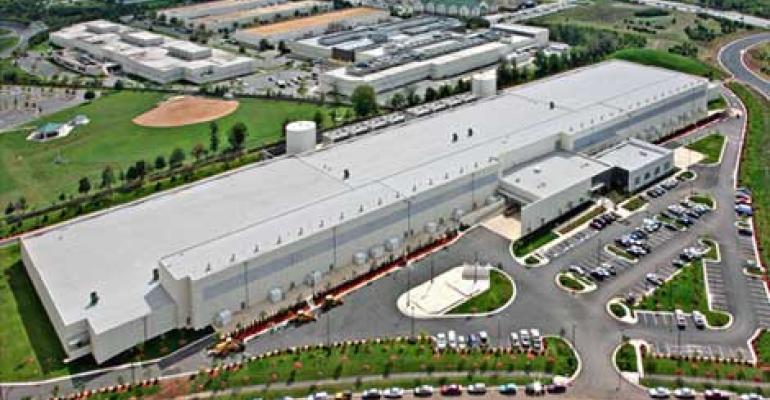 DuPont Fabros Technology has acquired a building and land outside of Toronto that used to house a printing facility for the Toronto Star newspaper, the company announced Thursday. The site in Vaughan, Ontario, will become the Washington, DC-based data center REIT’s first location in the Toronto data center market.

This is also DFT’s first foray into a market outside of the US. The company first announced plans to expand there last year as part of a series of big strategic changes, which followed the appointment of its new CEO, former NTT exec Christopher Eldredge. Another big change was a move away from retail colocation services to focus strictly on leasing wholesale data center space in massive-scale facilities.

DFT expects the future TOR1 data center to have about 23 computer rooms and 46MW of power at full build-out. The first phase, which the company expects to come online in the third quarter of next year, will consist of 12 computer rooms, totaling about 125,000 square feet of data center space and 24MW of power.

To a large extent, DFT caters to customers who lease data center capacity in large chunks, companies that provide cloud and other internet services at global scale. Its two largest customers are Microsoft and Facebook. Other major tenants are Rackspace, Yahoo, and Dropbox.

DFT paid $41.6 million for the Vaughan site. Former newspaper printing plants being converted into data centers has been a common dynamic in recent years. A former Chicago Sun-Times plant in Chicago, for example, houses a new QTS data center, and a facility that used to print The New York Times in Edison, New Jersey, has been converted for data center use by Phoenix-based IO.

Toronto is the second geographic expansion DFT has in the works. Earlier this year, the company also acquired a big property in Hillsboro, Oregon, outside of Portland.

On Thursday, DFT reported third-quarter earnings of $0.37 per share – up from $0.29 reported for the same period last year. Its revenue for the quarter was $134.3 million – up 16 percent year over year.