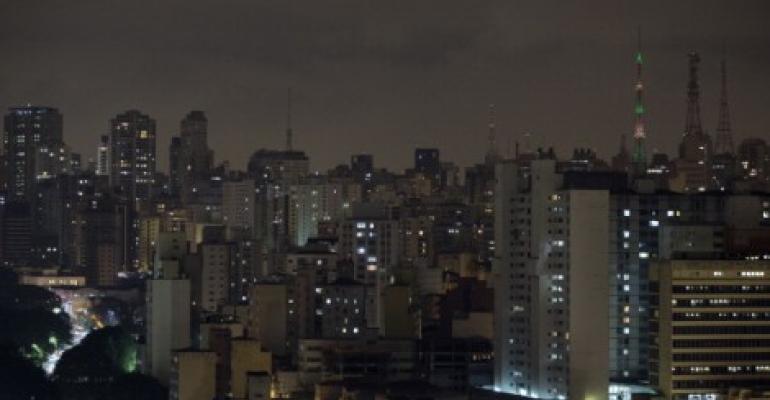 (Bloomberg) -- On May 11, 2015, Jorge Fergie opened an e-mail from an anonymous sender. Aceco TI, the Brazilian company whose board he led as chairman, had been cooking the books and bribing government officials for years, the sender alleged.

For Fergie, the head of Latin America for private equity giant KKR & Co., it was a stunning claim. KKR had closed a $700 million acquisition, including debt, of the data center company just 11 months earlier.

The deal was KKR’s first in Brazil, announced as an “ important milestone” for a firm that helped create the private equity industry in 1976. KKR now has written down its $475 million investment in Aceco to zero, people with knowledge of the matter said.

Today, the fate of Sao Paulo-based Aceco hangs in the balance of a legal battle between KKR, led by billionaire founders Henry Kravis and George Roberts, and the company’s part-owner and former chief executive officer, Jorge Nitzan. A judge in Sao Paulo is reviewing evidence from both sides and will determine whether KKR can recover damages, and if so how much.

In recent weeks, Nitzan entered Aceco’s headquarters in an attempt to take back control from the current management, said the people, who asked not to be named discussing private details. Earlier this year, an entity controlled by him bought most of Aceco’s debt from Banco Bradesco SA in an effort to increase his ownership in the company, the people said.

“Mr. Nitzan now is trying to save Aceco and its parent,” an acquisition vehicle created for the 2014 transaction, “from almost certain bankruptcy and to restore Aceco’s prior position in its industry, in part to avoid the wholesale termination of hundreds of loyal employees,” Maria Cristina Cescon, a lawyer for Nitzan, wrote in an e-mailed statement.

“KKR bought control of Aceco just before the catastrophic meltdown of the Brazilian economy and government (Aceco’s primary customer) and the significant depreciation in Brazilian currency,” Cescon wrote. “Its timing could not have been worse and was exacerbated by its post-acquisition mismanagement. Now KKR is trying to undo the deal and blame others for its mistimed acquisition.”

In addition to fighting Nitzan, KKR is in legal arbitrations with other entities from which it bought the company. That list includes New York-based private equity firm General Atlantic and Debora Staley, who is Nitzan’s sister and the wife of Barclays Plc CEO Jes Staley, the people said.

Representatives for General Atlantic and Aceco said they couldn’t comment while arbitration is under way. Telephone messages for Debora Staley weren’t returned.

“We believe we were defrauded by the sellers of Aceco and are seeking to recover losses related to fraud and corruption by former management of the company,” KKR said in an e-mailed statement. “The entirety of this matter has been brought before the proper authorities in Brazil, and we respect their process.”

KKR’s misadventure in Brazil comes as several global private equity firms rethink investments in the country, which has been embattled by economic recession and political crisis. One example is TPG, founded by billionaires Jim Coulter and David Bonderman. The firm plans to pare staff and may close its Sao Paulo office amid a lack of palatable deals, people with knowledge of the moves said in August.

Carlyle Group LP, led by a trio of U.S. billionaires, has had to inject money, including from its partners’ pockets, into Urbplan Desenvolvimento Urbano SA. The Brazilian real estate developer has fought hundreds of lawsuits alleging it failed to complete home sites across the country.

Bloomberg last week viewed the results of an investigation conducted by KPMG LLP for Aceco’s board, in a report dated March 3. The document featured a timeline of events that included the date and nature of the first whistle-blower’s message to KKR’s Fergie. A second whistle-blower came forward in November 2015, according to the report.

Aceco, which builds and maintains data centers in Brazil and nine other Latin American countries, made more than 57 million reais ($16 million) in improper payments from 2012 to 2014, including to “sham entities” tied to government officials whose departments awarded business to the company, the KPMG investigation found.

In addition to the payments, the KPMG report alleges that Aceco recorded improper revenue by allocating many of the charges to existing work, including its assignments for the 2014 FIFA World Cup. It is also alleged to have inflated margins on at least two major projects, mis-allocated cost overruns from over-budget projects to under-budget assignments, and accelerated revenue without justification.

A representative for KPMG said the audit, tax and advisory firm couldn’t comment on specific findings due to client confidentiality. “We performed the services for our client in a professional manner and stand behind our work,” the firm said in an e-mail.

The representative for Aceco and Cescon, Nitzan’s lawyer, didn’t comment on KPMG’s findings.

Deloitte Touche Tohmatsu Ltd., which audited Aceco’s financials, withdrew its support of validity for the company’s 2013 and 2014 reported results, according to an Aug. 25 notice on Aceco’s website. A representative for Deloitte said via e-mail she couldn’t comment because of client confidentiality.

After a whistle-blower approached the police, Brazilian law enforcement also opened an investigation into the allegations at Aceco, according to a public record of the case in Sao Paulo.

As arbitration continues between KKR, Nitzan and other entities, dealmaking in Brazil is mounting a revival. Inbound transactions, in which foreign companies bought Brazilian assets, almost quadrupled to $11.1 billion in the third quarter from a year earlier, according to data compiled by Bloomberg. That’s the best showing since the final three months of 2013.

In a July survey by the Latin American Private Equity & Venture Capital Association and Cambridge Associates, 59 percent of private equity fund investors outside of Latin America planned to increase their bets on Brazil through funds dedicated to the country. For Latin America-based investors, the figure was 23 percent.