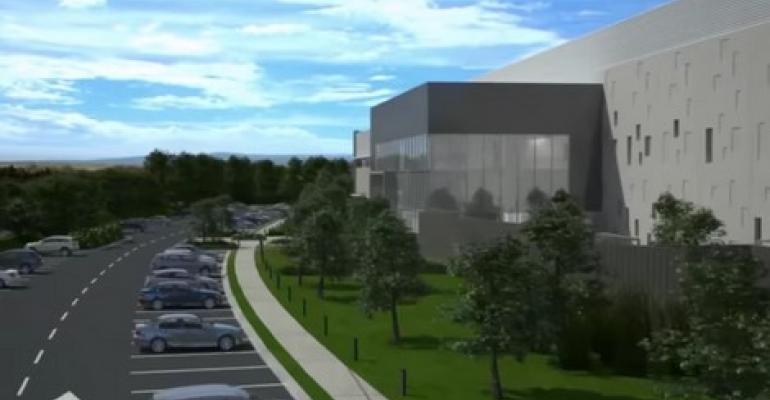 The US leader in colocation space is making good on its promise to connect the edges of its footprint with the big public clouds.

In a move aimed at evening the score between itself, the colocation space leader, and Equinix, which leads in colocation market share, Digital Realty Trust is preparing to launch its own cloud connectivity platform.

Digital made the announcement at its MarketplaceLIVE conference in New York City on Thursday.

Megaport appealed to Digital Realty as a partner, Iraca said, for the robustness of its existing SDN platform, including its resource usage reporting, its automated provisioning, and naturally, its existing connections with CSPs.  That company went public on the Australian exchange just last December, and since then began making its SDN interconnection services available through other distributors, including EdgeConneX, and Aussie provider Synnex.

With this new cloud connectivity partnership, he continued, Megaport officially becomes Digital Realty’s SDN provider.  But along with that deal comes some key components of Megaport’s underlying platform.

“They also have a really unique billing model that aligns more with the way enterprises are looking to consume services.  They want them to be more dynamic, to be able to self-manage, to procure, to upscale and de-scale.  And oh, by the way, they want to be billed in something closer to a usage-based billing model.”

Digital Realty has been pushing for what it calls the “connected campus:” large-scale deployments among multiple locations through a single service provider, often within the same facility or metropolitan area.  Such a dense connection can be facilitated, Iraca suggested, through a cross-connection fabric hosted by Service Exchange.  The new billing model he discussed would then become elastic, according to the specific resource consumption patterns for bandwidth and power.

After its nearly $2 billion acquisition of Telx last October, Digital Realty merged Telx’ Marketplace portal into its own.  As a result, noted Iraca, it gained a robust automation platform for managing cross-connects, along with what he described as a “Who’s Who” of providers with whom such cross-connections can be made.

The Megaport partnership now adds more cross-connect options, as well as what he described as a robust back-end API — one he acknowledged may be simpler to use than what Digital already had.  Through a portal connecting with that API, a Service Exchange customer should be able to track resource usage through a variety of metrics, such as per-VLAN and per-port.

Before launching this service, Iraca said, Digital Realty equipped the edges of its network connections to Megaport facilities with redundant switching fabric.  “That gives our customers not only the ability to leverage the redundancy within the network elements of Megaport,” he said, “[but] the ability to architect a redundant infrastructure within the data center itself — not only across the switching fabric and network.  Leveraging the Megaport network, I can also architect for geo-redundancy.”

Bridging to Megaport should expand these geo-redundancy options beyond Digital Realty’s own footprint.  It lists Service Exchange’s availability regions on November 4 as including Atlanta; Ashburn, Virginia; Chicago; Dallas; Los Angeles; New York City; San Francisco; and Seattle.  The company has plans to add London and Phoenix by the first quarter of next year, plus Miami, Portland, Amsterdam, Dublin, and Singapore by Q2.

That Ashburn location, located in one of the world's largest cloud data center clusters, is especially critical for cloud connectivity — so much so that, during Digital Realty’s last quarterly conference call in July, Chief Operating Officer Jarrett Appleby essentially gave away the news of Service Exchange’s location strategy, in response to an analyst’s question.

Referring to the proximity between Digital’s own campus facilities and those of the big CSPs, Appleby remarked, “Having colocation now on the campus in Ashburn and Richardson next to the leading cloud service providers is high-value.  We’re seeing several wins in that.  We do need that Service Exchange that provides those new connectivity options.”  [Our thanks to Seeking Alpha for the transcript.]

Meanwhile, Megaport has already been making inroads in service availability to Europe.  Last month, it signed an agreement to acquire the parent company of ECIX, Berlin-based Peering GmbH, plus Bulgaria-based OM-NIX.  That brought its European network footprint, Megaport says, to 57 locations in 13 countries, spanning from Ireland to Russia.

The Challenger, at Last

For many of the largest enterprises, up until interconnections became a market, the whole “cloud” metaphor was not making that much sense.  “Cloud” is supposed to be about workload portability, which ends up being a lot less feasible when your infrastructure is all in one place — whether it be your place or theirs.

Equinix has effectively pioneered that market to date, to the extent that some analysts appeared to be framing Equinix Cloud Exchange as the entire global market for public cloud interconnection.  Digital Realty’s executives had already made clear to analysts, well prior to Thursday’s announcement, that it had ground to make up, and it needed to build a competitive service to do so.

One might surmise such an aggressive project would require further public cloud interconnection partnerships down the road — say, with the likes of Salesforce or IBM.  Iraca would only go so far as to say such partnerships are in the formative stages today, but are not ready for public disclosure just yet.

Correction: In a note to Data Center Knowledge, Megaport is making clear that its SDN services in this instance are not based on OpenDaylight.