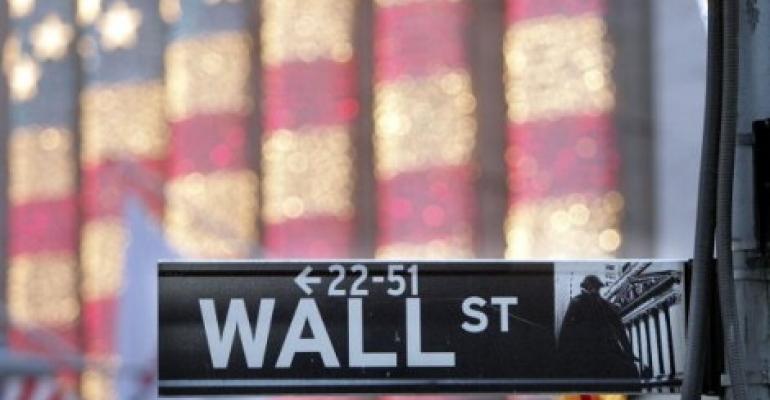 A Coming Backlash Against Technology Companies

The financial crisis and the bailouts that followed unleashed a wave of populist anger, targeting almost everyone with power.

(Bloomberg View) -- The financial crisis and the bailouts that followed unleashed a wave of populist anger, targeting almost everyone with power, from Wall Street to government officials to "elites" more generally. Except in one sector: technology.

Why has tech been spared the torches and pitchforks? Because everybody loves a winner.

As the economy began to grow again in 2009, it had a new dominant force: The technology sector emerged from the financial crisis ready to thrive. Apple released both the iPhone 4 and the iPad in 2010, as fans made a ritual out of waiting for hours for new products on launch day. "The Social Network" was released in theaters later that year, cementing Facebook's place in the popular imagination.

In May 2011, LinkedIn became the first high-profile technology company since the financial crisis to complete its initial public offering, and the stock doubled on its first day, a throwback to the dot-com bubble of the '90s. And in August of that year, Marc Andreessen, the venture capitalist and co-founder of Netscape, published an essay whose title became a catchphrase: "Why Software Is Eating the World." Tech had become the golden child of the post-crisis era, with San Francisco its new capital.

Then came glory days for the tech sector. After an IPO stumble, Facebook cracked the code of mobile advertising and became a $350 billion company. Amazon rode the success of its Amazon Web Services cloud platform to a similar valuation. Apple and Alphabet, parent company of Google, jockeyed to become the most valuable company in the world.

The rest of corporate America tried to adopt the language of tech, with words like "disruption" entering the popular lexicon. Chambers of commerce pitched their cities as the next Silicon Valley. General Electric advertised itself as a digital company rather than an industrial one.

This growth has changed tech's role in society. In 2010, the new tech boom may have been best defined by trivial consumer companies with smartphone apps like Groupon and Zynga, which offered coupons to yoga classes and a few minutes of gaming distraction. Today's tech titans are anything but trivial. Facebook, once a way to keep up with your friends, has evolved to be a dominant media platform for news and public opinion. Amazon has gone from dominating e-commerce to increasingly appearing like it will dominate commerce. Uber started out as a way for tech workers in San Francisco to hail black cars, but now aims to increase its market share for all ground transportation around the world.

When companies become this important in society, their stumbles are judged harshly. In recent months Facebook has gotten in hot water with conservatives who saw a partisan bias in its human-curated "trending" news product, and with liberals for censoring the Pulitzer-winning "Napalm Girl" photograph from the Vietnam War. Some of Amazon and Google's services, like Prime Now and Google Fiber, have been implemented in dense and wealthy urban areas at the exclusion of less-wealthy and rural communities, raising questions of social equity and discrimination. Should Uber's market share grow to the extent that it becomes an essential service for communities, its ability to leave cities that resist it, as it did this year in Austin, would further the view of some that the company behaves like a bully.

An equally disturbing trend in this generation of tech companies is the extent to which founders and executives have structured their firms to limit the power of shareholders and other outsiders. Facebook and Google both have created multiple classes of shares to ensure that key shareholders retain majority control of their companies. And, to be fair, investors who don't like this arrangement can choose simply not to own the stock. But should, say, Facebook make a unilateral unpopular move to censor a sensitive topic from its news feed to serve either its financial or ideological interests, a populist mob might scream, "Mark Zuckerberg doesn't have the right to decide what a billion people can or cannot see." And they would be right.

And what would happen then? Consider past examples. When Wall Street and the housing sector became the targets of populist anger, they faced fines and increased regulations. When government becomes a target, there is less political will for funding and broad powers.

For the technology sector, we’d likely see a combination of three things – fines for misbehavior, increased regulation, and perhaps even federal action to break up perceived monopolists. Some have called the early 21st century a new Gilded Age. If it is, the next question is who will be to this era what Teddy Roosevelt was to the prior one: the people’s champion who broke the power of ruthless monopolists.

This column does not necessarily reflect the opinion of the editorial board or Bloomberg LP and its owners, as well as the opinion of Data Center Knowledge and Penton.