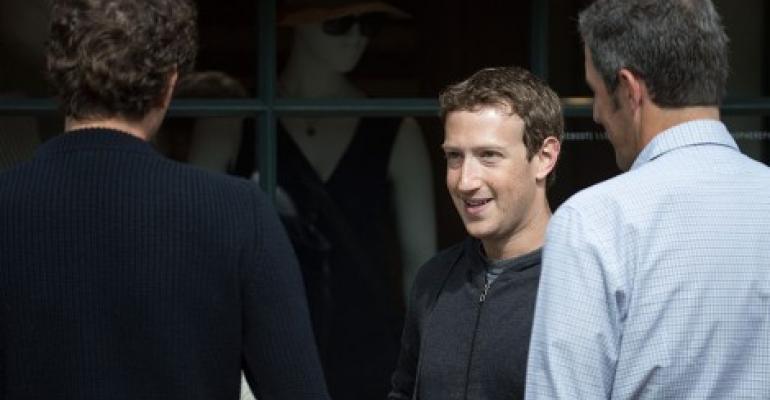 At 32, Facebook founder Mark Zuckerberg is the fifth-richest person in the world, with estimated net worth of $57 billion (Photo by Drew Angerer/Getty Images)
Business

With corporate adoption of cloud services on the rise, the market for data centers – facilities that house infrastructure for those cloud services – is hotter than ever, and everybody, including some of Silicon Valley’s richest players, wants a piece of the action.

Iconiq Capital, the investment management firm whose clients include the likes of Facebook founder Mark Zuckerberg, LinkedIn chairman Reid Hoffman, and Napster co-founder Sean Parker, has registered a subsidiary that will focus squarely on investing in data center assets.

Called Iconiq DC Management, the company plans to pool client money into private funds that will go after opportunities to invest into data center properties directly, enter joint ventures, buy securities and entities that own or invest in data centers, make debt and equity investments in companies that provide data center-related services, and sponsor investment in data center REITs.

Iconiq filed papers for the subsidiary (first reported by Bloomberg) with the Securities and Exchange Commission in July and completed registration in August.

The biggest cloud providers have been racing to expand their data center infrastructure as they scale and compete for share of the rapidly growing enterprise cloud market, fueling a boom for third-party data center providers, especially the top data center REITs, such as Equinix, Digital Realty Trust, and CoreSite Realty.

All seven US data center REIT stocks have greatly outperformed S&P 500 so far this year. The group as a whole was up 31 percent this year as of this past Wednesday, compared to the 7 percent gain by the S&P 500 index, according to data compiled by Bloomberg.

These providers have had no trouble filling up empty data center space in primary data center markets like Silicon Valley, Northern Virginia, New York, Dallas, and Chicago. In fact, there is a shortage of big multi-megawatt chunks of available data center capacity in the top markets, and all the large providers are racing to build and fit out new space.

In its SEC filing, Iconiq acknowledged that data centers are a popular asset class, and competition among investors is fierce:

“The competition for sourcing investments in data center assets is becoming increasingly intense. There can be no assurance that the company will be able to source a sufficient number of suitable investments at reasonable valuations to achieve its investment objective.”

Five-year-old Iconiq Capital’s specialization is wealth management for Silicon Valley’s richest. The company was managing about $16.7 billion in assets as of the end of last year, according to Bloomberg.

Its new subsidiary plans to leverage the parent company’s deep connections in the tech world to identify the best investments in the data center market: