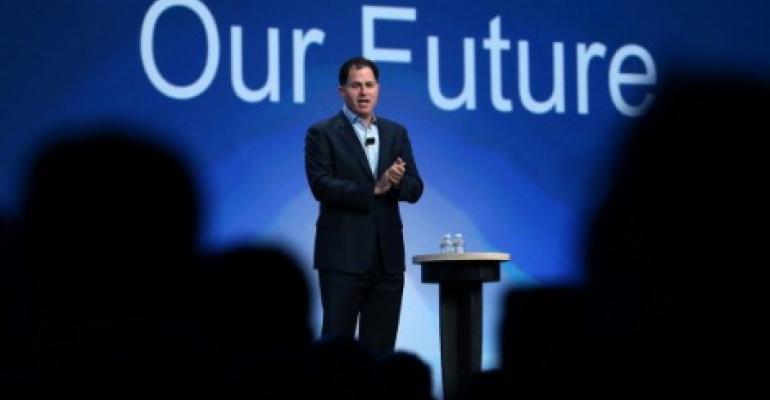 Hoping to stave off any anxiety about SonicWALL’s looming separation from Dell, officials of the cybersecurity firm today announced a new partner program, refined incentives and a hosted cloud security solution.

The revelations came during the first full day of the Dell Peak 16 conference in Las Vegas, where 744 partners are gathered for keynotes, product demonstrations and breakout sessions.

SonicWALL will be operated as a standalone company once the separation is complete, possibly by the end of October. Thus far, SonicWALL officials say, reaction from partners has been unequivocally positive.

“Our channel is excited,” said Curtis Hutcheson, vice president and general manager of security solutions for Dell Security, which includes SonicWALL. “Ask them.”

See also: Is Dell and EMC a Done Deal?

The buyers have expressed their intention to operate the SonicWALL as a standalone brand, while One Identity will become part of Quest Software.

Hutcheson pointed to a recent poll of SonicWALL partners in which 35 of 35 partner VARs queried said they were looking forward to the security vendor becoming independent.

“That’s without knowing any of the conditions,” Hutcheson said.

But that doesn’t mean the stakes aren’t high for SonicWALL as it again becomes its own entity, after being acquired by Dell three years ago.

Foremost, SonicWALL needs to stand up its own partner program – distinct from Dell – by the time the separation is complete.

Toward that end, the firm announced today the Dell Secure First Partner Program, which will feature a new incentive structure, dubbed “Reward for Value.”

“What’s coming is a new partner program optimized for security,” said Steve Pataky, vice president of worldwide sales for Dell Security Solutions. “What we’re announcing today is the construct and the framework for that – the investment strategy (and) incentives.”

Among the highlights, partners will receive incremental, stackable discounts for such activities as identifying leads, delivering on proofs of concept, driving renewals and selling solutions that leverage more of SonicWALL’s portfolio.

“We have a high-velocity transactional channel,” Pataky said. “Partners do a lot of things to add value,” he continued. “The partner who adds the most value will have the best financial reward in that deal.”

Also today, Dell announced the launch of a hosted cloud security program that will allow partners to sell a complete security-as-a-service solution.

SonicWALL Cloud GMS (global management system) is going into beta in the fall with general availability expected sometime during the fourth quarter of 2016.

Pricing has not yet been set, but the solution is aimed at removing financial and infrastructure barriers for managed services providers and resellers.

Cloud GMS is a logical extension of Dell’s partner-hosted global management system, which already boasts more than 100,000 firewalls under management.

“We are now hosting it to allow partners to focus on doing the business,” said Patrick Sweeney, vice president of marketing and product management for SonicWALL.

“We take care of all the back end infrastructure,” he said, adding that partners with infrastructure can choose to continue to host their own solutions. “Smaller operations will be able to get up and going with hosted GMS in a cost-efficient basis without having to put out a lot of capital costs.”

Dell Peak 16 is scheduled to run through Wednesday.

This first ran at http://mspmentor.net/msp-mentor/sonicwall-makes-ready-split-dell