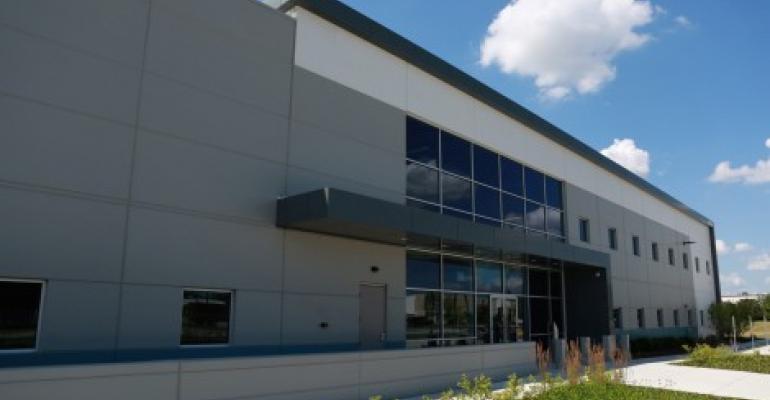 T5 Buys Chicago Data Center from Forsythe, Its First in That Market

Enters one of the country’s hottest data center markets

T5 Data Centers announced acquisition of the large Forsythe data center in Elk Grove, Illinois, it has been managing since the facility was commissioned last year, entering the Chicago data center market.

Chicago is one of the hottest data center markets in the country, where more than 30MW of wholesale data center space was leased last year, according to Jones Lang LaSalle. Among those deals were leases signed by Oracle, Salesforce, and Microsoft, cloud providers looking primarily to serve customers in the Chicago market, the commercial real estate firm said in a recent market report.

The data center is more than 200,000 square feet and partially occupied. The property includes a four-acre parcel that could accommodate another 28MW data center, according to T5, which has had its staff on site since the facility’s early days under contract through its data center facilities management business.

This is T5’s ninth market. Its other facilities are in multiple East Coast, West Coast, and southern markets.

There continues to be a lot of demand in the Chicago market, with several players looking to take advantage of it. Digital Realty Trust recently bought the site of a former Motorolla headquarters next to its data center campus in Franklin Park, and CyrusOne announced plans for a huge expansion on the site of the Chicago Mercantile Exchange data center it acquired.

QTS brought some space to market inside the first 8MW phase of a data center it built at the former Chicago Sun-Times printing plant. DuPont Fabros Technology is also pursuing next-phase expansion in the Chicago data center market, according to JLL.

Another recent entrant to the market is TierPoint, which also entered via acquisition, buying data center provider AlteredScale.