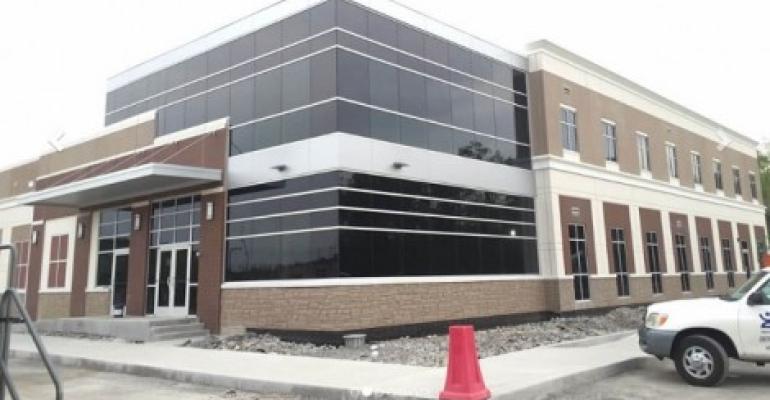 After a period of growth via acquisition, provider doubles down on its 10 markets with diverse portfolio of high-touch services

Since 2000, Charlotte-based Peak 10 has evolved with its customers to provide infrastructure, cloud, and managed services. The company has national partner alliances and continues to expand service and support offices. However, Peak 10 remains focused on serving small and medium-sized enterprise with 27 data centers located in 10 secondary markets.

In 2014, the company was sold to GI Partners, a private equity firm that specializes in companies that lead in "fragmented or overlooked markets" and can grow via acquisition. In other words, strong consolidators in secondary markets.

While Peak 10 doesn't disclose its revenue numbers publicly, it has grown to more than 400 employees and has a customer base of more than 2,600 customers, its senior VP and chief operating officer, Jeff Spalding, told Data Center Knowledge in an interview. The company recently opened a sales and engineering office in Chicago to support a key channel partner, Avant Communications. It operates similar support offices in Philadelphia, Orlando, Phoenix, Salt Lake City, Memphis, and Austin. Small and medium businesses looking for high-touch colocation, cloud, and managed solutions are the company's bread and butter, which is why local staff presence in its data center markets is important.

Peak 10 offers "tailored solutions" rather than custom solutions for customers, Spalding explained. It is a subtle difference, but it allows for faster implementation and standardization to make support easier across markets.

Peak 10 began in 2000 with a single Jacksonville data center. Charlotte, Tampa, and Raleigh followed between 2001 and 2003, one market per year.

Over the following five years Peak 10 grew primarily by acquisitions, including: Xodiax in Louisville in 2004, Intercerve in Charlotte in 2006, bayMountain in Richmond in 2007, and 1Vault Networks in Ft. Lauderdale in 2009.

There were no acquisitions from 2010 to 2014 while private equity firm Welsh, Carson, Anderson, & Stowe was in control. In June of 2014, GI Partners acquired Peak 10 from the private equity ownership group, reportedly for $800-$900 million.

At that time, Peak 10 operated 24 data centers, totaling 270,000 square feet, in 10 markets throughout the southeast region of the US.

The summer of 2014 was a pivotal time for Peak 10. That June, when GI bought the company, Peak 10 was also breaking ground on its first ground-up data center development in the Tampa market.

David Jones, founder and current CEO of Peak 10 said at the time, “Supporting our mission to continue expanding our robust national presence, we are excited to see the construction of our newest generation of data centers underway.”

Today, once it completes construction of its latest data centers in Richmond and Tampa, Peak 10 will have close to 30 facilities in the same 10 data center markets.

GI Partners: Buy It, Grow It, Sell It

When it comes to having an eye for talent and opportunity in the cloud computing and data center industry it would be hard to come up with a more impressive resume than San Francisco-based GI.

The firm manages over $12 billion in institutional assets and is currently the sole investor in Peak 10.

GI is well-known for acquiring and growing portfolio companies and then harvesting the profits by selling, or taking them public. Over the years, its data center and cloud computing investments included:

This past July, GI entered into a JV with Corporate Office Properties Trust (COPT) to buy half of an existing portfolio of six single-tenant data centers totaling nearly 1 million square feet.

Being a privately held company, Peak 10 has an advantage of being able to play its cards close to the vest. The executive team has been together for over a dozen years, and Peak 10 has a distinct culture.

While Peak 10 has a marketing presence in the Northeast, Midwest, and Southwest, there have not been any new market expansions since 2010. Instead, the company has invested in building up its portfolio of solutions.

Spalding mentioned that providing capital and resources to support large national partners could become a stepping stone leading to new data center markets. However, when it comes to expansion into other markets through more acquisitions, they would have to be a good fit "on the people side, as well as the technology," he explained.

The priority remains supporting growth of existing Peak 10 customers with data centers and tailored solutions adjacent to their local and regional business locations. Spalding said, "We started our company in 2000 with a clear focus on the customer. Even though the marketplace has changed dramatically since then, how we operate has not. We have remained grounded in providing the best customer experience possible. It is why we remain successful."