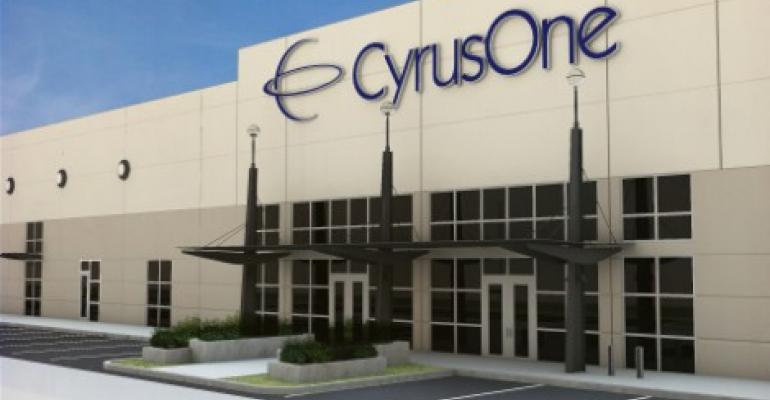 Demand for huge multi-megawatt leases by the likes of Microsoft, Oracle, Amazon, Google, and IBM continued to be a bonanza for US data center REITs in the second quarter.

However, another quarter of record wholesale leasing has meant dwindling supply of available data center space available in several of the country's top data center markets.

During the first two quarters, the area of Northern Virginia often referred to as Data Center Alley led the way with 78MW absorbed, including 55MW signed during the second quarter. Silicon Valley tallied 57.6MW of net absorption, followed by Chicago and Dallas, with 32 MW and 18 MW, respectively.

All Q2 2016 earnings calls by US data center REITs had at least one thing in common: Nobody knows whether this rate of data center leasing is the new normal, or when the demand will slow down if the bonanza is temporary.

Read more: Equinix: Our Customers Are Pushing Out Our Global Footprint

Digital Realty tag-teamed with Equinix in Europe, acquiring a portion of the EQIX/Telecity business in London, Amsterdam and Frankfurt. Digital acquired an operating business including all employees and 650 customers. In a related transaction, Equinix purchased trophy data center assets in Paris from Digital where it had previously been the anchor tenant.

In the US, the availability of large shell space and entitled land has been the entry ticket for a chance to win the leasing lotto.

In Silicon Valley, the pendulum has swung from leasing famine to the recent feeding frenzy over the last few years.

That is a good problem to have for both DuPont Fabros and CoreSite, who are building out the final phases of their existing Santa Clara campuses.

DuPont Fabros is now 100 percent leased in the market, while CoreSite will have some space available for its core retail colocation business.

Meanwhile, DuPont Fabros is moving up the coast to the Pacific Northwest, with its recent 46.7-acre land purchase in Hillsboro, Oregon. Oregon Phase I is planned for 12MW of critical load with delivery anticipated during the second half of 2018.

DuPont Fabros reportedly plans to repurpose a 15-acre Chicago industrial property into CH3, an 18 MW data center facility, located near its successful CH1 and CH2 wholesale data centers. However, in the near term, the data center REIT will have limited available inventory.

QTS Realty Trust (QTS) opened the initial phase of its 30-acre QTS Chicago facility in mid-July and is now officially a competitor in that market.

CyrusOne (CONE) had previously announced a second mega-data center on 15 acres next to the CME facility it purchased earlier this year. During the Q2 earnings call, it was described as being a 300,000-square foot facility.

In June, QTS announced that it had acquired Piscataway, New Jersey, data center campus from DuPont Fabros. QTS said on the Q2 call that it was investing ~$8 million to adapt the building for retail colocation.

QTS believes that the market sweet spot will likely be 250kW to 500kW deals and smaller-scale colocation deployments, with demand from local customers looking to expand or companies looking to get a point of presence in the New York-New Jersey market.

There is a lot of dirt being moved and construction activity going on in the Dallas data center market, including new facilities underway by RagingWire and Digital Realty.

During the recent quarter, QTS boasted about a couple of 4MW wins at its Dallas-Fort Worth mega-data center campus. According to QTS chief investment officer, Jeff Berson, one hyperscale hybrid cloud provider was responsible for the 8MW deployment.

During the first six months of 2016, Data Center Alley already saw more leasing activity than for all of 2015.

Incumbents Digital Realty, Equinix, and DuPont Fabros continue to build on existing mega-campuses and have bought land for expansions.

CyrusOne was the last of the publicly traded REITs to announce Q2 results. In addition to leasing 282,000 colocation square feet and 40MW of power in the second quarter, CyrusOne announced the purchase of a 129,000-square foot shell adjacent to its campus in Sterling.

It is 100 percent pre-leased. CyrusOne CEO Gary Wojtaszek said on the earnings call that a hyperscale cloud customer required a 12MW build-out by the end of 2016. The company had previously announced a 40-acre land purchase for future development. However, CyrusOne needed to find and buy a shell within 30 days to guarantee delivery of space for that cloud customer.

CoreSite announced last week, that it had entered into an agreement to purchase Sunrise Technology Park, a 21.75-acre light-industrial/flex office park located 0.3 miles from CoreSite's existing VA1 and VA2 data centers in Reston.

CoreSite expects to begin construction of its Phase 1 during the third quarter of 2017 and substantially complete that Phase in the second quarter of 2018.

Investor Takeaway, or Why Speed Matters

In the past, there was very little pre-leasing in the data center universe. Now, a confluence of factors have created a very different environment for data center REIT management teams.

Speed to market has been the critical factor in large-scale leasing wins, and CyrusOne took the gold medal in the Q2 2016 Data Center Leasing Olympics. Its recent 30MW facility delivered in Sterling, Virginia, was built from the ground up in six months and came in at just $6.4 million per 1MW, both industry records according to Wojtaszek.

CyrusOne has development projects underway in Northern Virginia, San Antonio, Phoenix, and Chicago that will add approximately 259,000 square feet and 50MW of critical power capacity. Additionally, the data center REIT has 851,000 square feet of powered shell available for development as well as 230 acres of land across its markets.

In this new environment, the two challenges facing data center REIT investors are: 1) how much capacity is available for lease over the next few quarters for each of the REITs; and 2) how much of the leasing news is already baked into analyst price targets.