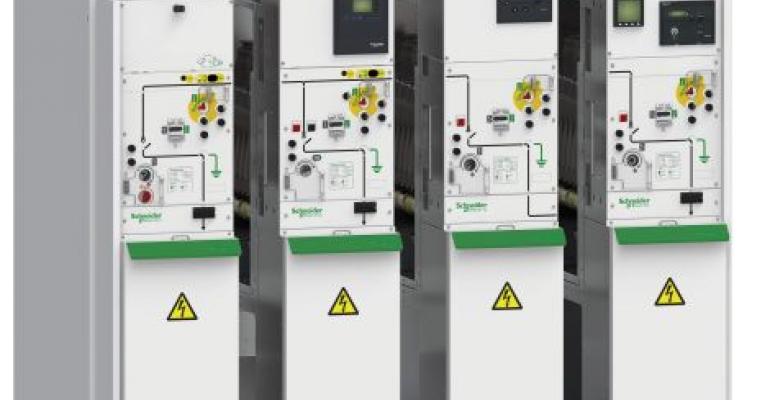 It is not a radical or even new idea:  If every part of a power distribution system were adequately shielded, none of the common elements that can gum up such a system — air, humidity, erosion, insects, rodents, the occasional exploding beer can — would negatively impact its performance.  Systems whose average maintenance cycles extended to only about three years, could suddenly be serviced in ten.

Schneider Electric’s term for the concept makes a sound that the system itself, when it runs properly, should not make: SSIS (also known as 2SIS).  Its Shielded Solid Insulation System has been a key element of its Premset medium-voltage switchgear for a few years now. . . just not in the United States, not until last May.

Now, as SE product launch manager Joe Richard told Datacenter Knowledge, the process is under way to get SSIS approved for use in data centers stateside.

“We have thousands of cubicles sold and installed worldwide in a variety of markets,” said Richard, “most importantly, in the data center market.  So now, we’re bringing this switchgear technology into the U.S., having it ANSI-tested and U.L.-listed, and ready for the U.S. market.”

Premset is comprised of medium-voltage 5 kV and 15 kV switchgear, delivering up to 1,200 amps of continuous current and 25,000 amps of interrupting current, which Richard described as fitting neatly within the sweet spot of what data centers are looking for in terms of power delivery.

“Because data centers use so much power, they’re bringing power in anywhere from 15 kV voltage class up to 38 kV voltage class,” he explained.  “Bringing it anywhere above 15 kV, from a utility, they almost immediately step it down to bring into their facility.  But once it’s inside of a data center facility, distributing at 15,000 volts or 5,000 volts is a good way to decrease the amount of cables that you’re using, save some money on cable usage, and also be able to better control your total fault value available in your facility.”

But what differentiates this product line is its total insulation.  In a typical power delivery system, air is the principal dielectric between all of the current-carrying components.  What prevents faults or crossovers between phases in such a system is the physical separation between bus bars, which isn’t really “separation” if you count air as real molecules.

SSIS uses dielectric epoxy as a solid insulating material around each bus bar and current-carrying component.  Layered on top of that epoxy is a conductive layer that is grounded, the benefit of which is a positive incidental touch-safe rating.

The shielding provides not just adequate protection, but frankly, any protection at all, he continued, for current-carrying components from the environment at large.  Moisture, humidity, dust, chemicals, and things with legs, tails, and/or antennae are known to degrade the service lifetime of switchgear.  And the shielding, in turn, protects the insulation from water tracking and creepage, extending its service lifetime as well.

“Shielded Solid Insulation System extends the life of the switchgear,” he argued, “makes it more reliable over a long period of time; and incredibly, increases the safety of switchgear for anybody who may be around it; and protects the assets of the data center. . . I like to refer to Premset as the ‘Model T’ of SSIS technology.  Right now, this is a brand new technology, and we’re focused on this individual, medium-voltage switchgear offer, and trying to enhance this in the medium-voltage world.”