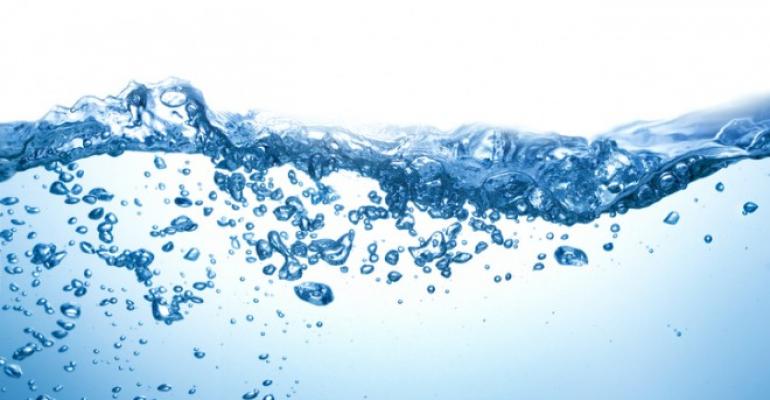 Data Centers’ Water Use Has Investors on High Alert

(Bloomberg) — Data centers, used by governments and large corporations to house their computer systems, have one big environmental problem: They get hot.

To keep them from overheating, large data centers can pump hundreds of millions of gallons of water a year through the facilities, according to company reports. That high demand for water has some investors concerned, especially in places where natural water resources are becoming ever more precious, like tech-heavy California.

“We definitely want our portfolio companies to be cognizant of their water use and take the appropriate steps to minimize their water use and recycle water,” said Brian Rice, portfolio manager at the California State Teachers’ Retirement System, which manages about $189 billion in assets as of June 30. He cited water usage as a concern at data centers as well as at other portfolio companies, such as those in agriculture.

California—home to companies running some of the world’s biggest data centers—houses more than 800 of the facilities, the most of any U.S. state, according to Dan Harrington, research director of 451 Research LLC, a technology consulting firm.

Water usage there is especially a concern as the state’s drought pushes into its fifth year. California Governor Jerry Brown issued an executive order in May to extend statewide emergency water restrictions, establishing long-term measures to conserve water.

The water risk to investors of California-based companies operating data centers will not affect them gradually, said Julie Gorte, senior vice president of sustainable investing at Pax World Management LLC. “It will probably come in one big splashy moment,” she said.

As a result, some sustainable-minded investors are trying to enhance their understanding of water risk before it becomes a liability, said Cate Lamb, head of water at investor environmental advocacy group CDP. The group held a series of workshops this year for investors to discuss their most crucial water reporting needs, such as isolating water risk of individual assets. The number of institutional investors committed to its water engagement program with companies has grown to 617 from 150 in 2010.

Operational efficiencies at data centers have a direct link to companies’ profitability and pose an increasing risk for investors in a “tense” climate change environment, said Himani Phadke, research director at the Sustainability Accounting Standards Board, a non-profit that writes corporate sustainability reporting guidelines for investors.

Companies, like investors, are trying to get ahead of the risk.

Bill Weihl, director of sustainability at Facebook Inc., said the company uses a combination of fresh air and water to cool its data centers. In 2015, Facebook said it used a total of 221 million gallons of water, with 70 percent of that consumption at its data facilities. “We designed our data centers to use about half the water a typical data center uses,” he said in e-mailed answers to questions.

Around Facebook’s Prineville, Oregon, data center in particular, water efficiency has become “a big issue,” Weihl said. The center is east of the Cascade Mountains, a region that tends to be drier than western side of the state, and businesses must compete with farmers and a growing local population for water.

Weihl said rainwater capture and reuse, which is used for irrigation and toilet-flushing at the center, saves 272,000 gallons of municipally treated water per year. Facebook is also working with the City of Prineville and its engineers on the town’s water plan, which includes water mitigation and recycling “grey water” from buildings, he said.

Google declined to say how much water the company’s data centers use, but said that the company redesigns its cooling technology on average about every 12 to 18 months. The company has also designed data centers that use air instead of water for cooling, it said.

“There is no ‘one size fits all’ model — each data center is designed for the highest performance and highest efficiency for that specific location and we’re always testing new technologies to further our commitment to efficiency and environmental responsibility,” vice president of data center operations Joe Kava said in an e-mail adapted from an earlier blog post.

The environmental impact of data centers is poised to grow as the world produces more data each day. Carbon emissions from data centers already represent 0.2 percent of the world’s total carbon dioxide emissions, compared to 0.6 percent for airlines, according to a 2010 McKinsey & Co. report. And more companies are developing larger data centers as they transition to cloud computing, increasing the demand for water needed for cooling their data servers, said Pax World’s Gorte.

The need to boost water unit efficiency at data centers is driving some companies to open up locations near water sources and cooler climates. Menlo Park, California-based Facebook, for example, began operations at its overseas data center in Lulea, Sweden in 2013 near the Arctic Circle. Mountain View, California-based Google operates a total of 15 data centers with four located in northern Europe.

Investor concern about corporate water use will only continue to grow, said William Sarni, director and practice leader of Water Strategy at Deloitte Consulting LLP.

“Over the past few years, we have seen a dramatic increase of interest in water as a business risk and also as a business opportunity issue,” said Sarni. “I see it accelerating.”