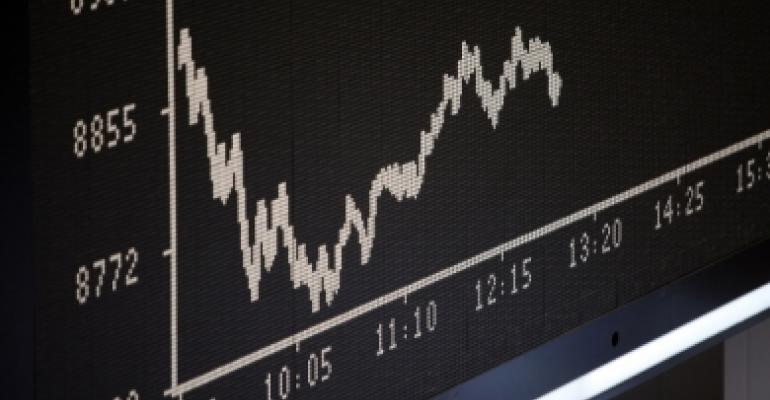 Technology companies from Apple Inc. to Microsoft Corp. have sold more than $100 billion of debt this year even as they sat on more than half a trillion dollars of cash. They did it for two reasons: they wanted to avoid paying taxes, and just because they could.

Bond buyers fleeing negative yields on government debt in Europe and Japan are eager to snap up technology company bonds. The securities are seen as safe while offering higher income than U.S. Treasuries.

Tech companies have sold more than $28 billion of bonds in the last week, and so far this year have already issued about the same amount as they did in all of 2015. They’re selling more debt even as overall corporate bond issuance this year has fallen about a percent to $879.6 billion.

"One of the challenges that the overall market is facing this year is that supply is actually down in an environment where there’s a tremendous amount of demand for corporate credit," said Ashish Shah, head of fixed income at AllianceBernstein, which manages more than $480 billion of assets.

Companies including Apple and Microsoft sold debt to avoid paying taxes on cash that was earned overseas, and could be taxed at a 35 percent rate if it were brought back to the U.S. Many firms that sell debt in the industry are financing moves that are friendly to shareholders, like share dividends or acquisitions.

In its first trip to the bond market in more than two years, Google sold $2 billion of 10-year notes to repay short-term debt on Tuesday. The debt yielded 0.68 percentage point above Treasuries. That was lower than the 0.8 percentage point discussed initially, said a person familiar with the matter who asked not to be named because the deal is private. The average spread for bonds of similar ratings and maturities is 0.91 percentage point, according to Bank of America Merrill Lynch index data.

Google had about $78 billion of cash on its books as of the end of June, according to data compiled by Bloomberg, of which about $30 billion was in the U.S.

On Monday, Microsoft sold $19.75 billion of bonds to help finance its planned acquisition of LinkedIn Corp. Last week, Apple issued $7 billion of bonds to fund dividend payments and share buybacks. Investors piled into both deals, allowing the companies to cut the interest they pay on the securities. Apple Inc., Dell Inc. and Microsoft Corp. hold three of the top five spots for total investment-grade bond offerings this year.