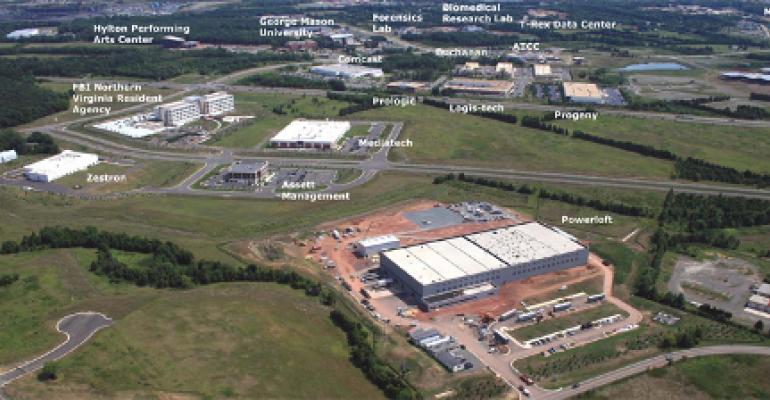 Have the last few quarters ushered in a "new normal," as more enterprise customers join the cloud bandwagon, or will absorption revert back to historic levels?

Notably, this leasing avalanche is accelerating despite sophisticated tools used to optimize server layouts and design data center space more efficiently, according to the JLL report.

Northern Virginia's "data center alley" led the way with 78 MW, including 55 MW of deals signed during Q2 2016. The Bay Area/Silicon Valley tallied 57.6 MW of net absorption, followed by Chicago and Dallas, at 32 MW and 18 MW, respectively. 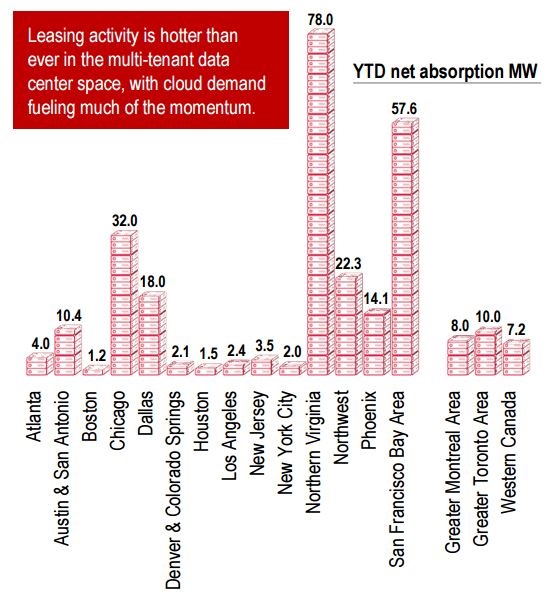 The spike in demand from the large public cloud providers which began in 2015, has remained a persistent theme during the first two quarters of 2016.

Here are a few key takeaways:

Want an even more in-depth look at data center and cloud trends? Register for Data Center World and attend the "Data Center and Cloud Computing Services Overview" session on Monday, Sept. 12 from 3:30-4:30.

One Expert Weighs In

If you follow the data center industry closely, there really is no consensus on how long this cloud leasing bonanza will last. Have the last few quarters ushered in a "new normal," as more enterprise customers join the cloud bandwagon, or will absorption revert back to historic levels?

Data Center Knowledge recently spoke with Bo Bond, a Dallas-based managing director at the commercial real estate firm Jones Lang LaSalle. According to Bond, most of the "big sticks," including the publicly traded data center REITs, have put on their "land hats," and are actively looking for sites.

Bond hinted there will be more significant cloud leasing deals announced prior to the end of this year. In a nutshell, he felt that demand remained strong, and that build-to-suit and phased projects should help keep supply in line with demand.

However, the distant drumbeat of oversupply concerns has gotten louder recently.

CoreSite CEO Tom Ray has taken a conservative stance on buying land for future development in Northern Virginia and Silicon Valley. He discussed his concerns regarding overbuilding relative to historical demand during CoreSite's Q2 earnings call, where he also announced he would be stepping down.

It remains to be seen if the CoreSite management team and board will take a slightly more aggressive approach under new CEO Paul Szurek, who is taking over the reins effective September 10, 2016.

However, management teams which are completing powered shells or beginning construction on new projects sounded confident that there was plenty of demand for projects being delivered during the second half of 2016, and early 2017.

Industry bellwether Digital Realty had a slow second quarter on the wholesale leasing front, but reported blockbuster July leasing to kick off what Digital expects to be a strong second half of the year. Digital Realty will be delivering space in Dallas and Chicago markets, where a lack of wholesale inventory was also a factor impacting Q2 leasing.

CyrusOne previously announced its intention of building a 500,000 SF data center on the 15 acres adjacent to the recently acquired CME Group Globex data center, located outside of Chicago in Aurora, Illinois.

DuPont Fabros reportedly plans to repurpose a Chicago industrial property into an 18 MW data center facility, located near its successful CH1 and CH2 wholesale data centers. During Q2, DuPont Fabros closed on a 46.7 acre land parcel located in Hillsboro, Oregon. The company also has 20.6 acres outside of Toronto under contract, with a closing scheduled for later this year.

QTS Realty hosted a grand opening for its new Chicago facility, built on the 30 acre campus previously occupied by the Chicago Sun Times press. Additionally, QTS expanded in New Jersey, with the acquisition from DuPont Fabros of its Princeton, NJ campus. QTS is currently modifying the NJ1 infrastructure to facilitate leasing space to colocation and smaller turnkey wholesale customers.

There is so much activity reported in Ashburn, Northern Virginia and adjacent counties that it would require an entire article to detail. Data center projects are underway or on the drawing boards from major players, including: Digital Realty, Equinix, CyrusOne, DuPont Fabros, Sabey Data Centers, Raging Wire, DBT Data Trust, Corporate Office Property Trust, Iron Mountain, and Infomart.

Interest rates are close to all-time lows, while data center leasing and net-absorption in many markets has been at record levels. This created a perfect storm for the six publicly traded data center REITs.

The JLL report pointed out that the second half of the year could see a decline in corporate spending due to uncertainty surrounding the UK Brexit vote and the upcoming US presidential election.