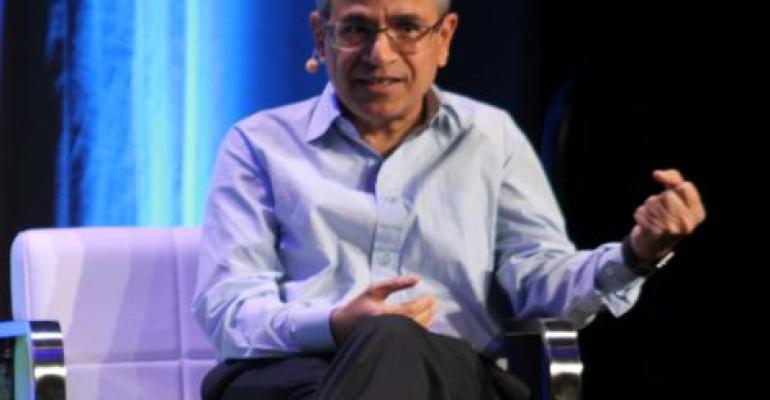 CORD for Telcos Now a Linux Project with Google’s Backing

The biggest consumer of computing power by volume may very well be the telecommunications industry. In recent years, the world’s major telcos have been desperately urging engineers and developers to build a real cloud that works for them — one that can be staged, provisioned, and orchestrated like a common enterprise data center. Just bigger.

This morning, one of the candidates for that architecture declared itself ready to be thoroughly vetted. What’s has recently been called Central Office Re-architected as a Datacenter has formally been christened the CORD Project, organized under the oversight of the Linux Foundation.

And the site of the inaugural CORD Summit today tells you everything you’d need to know about who wants to drive this architecture: the big Tech Corner Campus building at Google’s Sunnyvale campus.

“One of the benefits of creating CORD as an open source project by itself is that it can have its own board, governance, steering team, and community,” explained Guru Parulkar, the executive director of the Open Networking Lab, in an interview with Datacenter Knowledge. “They can try to push CORD forward and realize the potential of this platform.”

He’s referring to a specification for ordinary, commodity servers used in telcos’ central offices. That specification includes the architecture and arrangement of server racks, and the access racks contained within them. It also includes a software platform that could be implemented on new servers, as well as those which telcos already own and operate, and those they may purchase in the future.

The move to an agile staging ground for virtual network functions (VNFs, the applications-as-services of the telco world) would be far too expensive to roll out if it required entirely new equipment. Telcos need to be able to utilize at least some of their existing central office equipment, extending their facilities as they can afford to, while deploying new classes of service as readily as possible.

“If you look at the typical central office over the years, it may have 300 different types of closed, proprietary equipment,” explained Parulkar. “What that means is, central offices represent significant CapEx and OpEx for service providers. Their lack of programmability means lack of innovation, and lack of new services. And that is what the service providers are wanting to change.”

OpenStack has accomplished something on the order of what telcos aim to do, only in enterprise data centers. CORD would appropriate OpenStack, along with Docker containers and the open source SDN controller ONOS (which Parulkar also leads), to create a platform that makes a variety of servers with differing specifications look more homogenous to the VNFs it provisions — to “homogenize” the platform.

Last March, at the Open Networking Summit in Santa Clara, a cavalcade of CORD’s prospective customers — including AT&T, Verizon, China Unicom, and Korea’s SK Telecom — discussed what were then the emerging issues behind unifying on CORD as a reference platform. Among those addressing their concerns was Ayush Sharma, senior vice president of Huawei, who spoke of the need for an open orchestrator (Open-O).

As Parulkar confirmed for Datacenter Knowledge, Google has officially joined the CORD Project, and has plans during CORD Summit to discuss a similar brain transplant for CORD. On CORD’s roadmap, he said, are details for implementing Kubernetes, either in addition to or in place of Docker. “That is something we were wanting to do,” said Parulkar, “and with Google, we hope that gets accelerated.”

Could CORD Lead the Way?

Today’s announcement marks the official publication of CORD as an open source project. At the heart of CORD architecture, Guru Parulkar explained to us, is a fabric built with leaf/spine architecture, utilizing white box servers and appliances that host VNFs connected using OpenFlow protocol (which Parulkar and colleagues created at Stanford University).

Unlike the typical enterprise data center, he explained, central offices make use of access racks — one layer of compartmentalization up from server racks.

Are there any lessons from what CORD is learning about orchestrating services for tens of thousands of simultaneous customers, that enterprises outside of telecommunications can put to use in their data center architectures? After all, if this is an open source project, what good is openness unless people can see what you’re doing?

Parulkar pointed us to an emerging subset of CORD’s mobile deployment reference platform, which he referred to as “M-CORD Lite,” which he hopes to publish during the next quarter.

“The idea is, right now it’s a big rack, and it’s not replicable and easy to deploy,” he explained. “We are building a portable M-CORD Lite rack, so that it is very easily to replicate and allow people to do experimentation. If they have the organization and the expertise, they can take the M-CORD Lite, deploy it, operate it, and get going. Our plan is that it should cost somewhere between $10,000 and $20,000. By the cellular industry standard, it is cheap.”

Parulkar cited figures from member telco AT&T stating it operates some 4,700 central offices nationwide. AT&T is already a principal contributor CORD architecture, and began rolling out solutions based on an earlier version of CORD in June of last year.