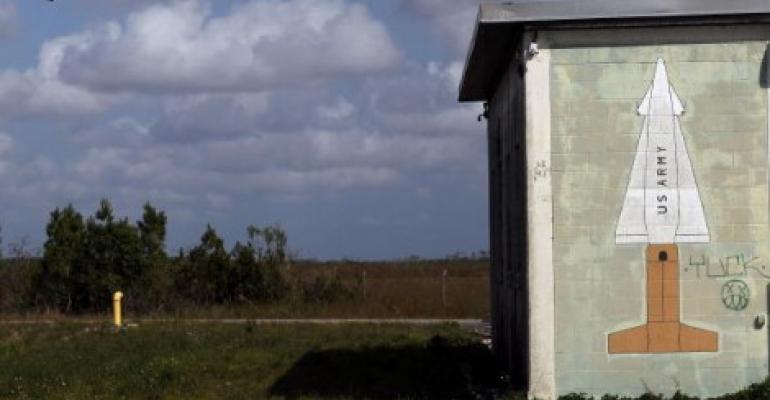 A Cold War building that was used to support the launching of conventional and nuclear tipped Nike missiles in reaction to any Russian attack in the Everglades National Park near Everglades City, Florida. (Photo by Joe Raedle/Getty Images)
Shared

Brought to You by IT Pro

We all knew federal IT was bad, but a recent report found that it was way worse than almost anyone could imagine: The nation's nuclear arsenal, for example, is coordinated with 8-inch floppies, while a number of important tax and benefits were written in COBOL and are becoming increasingly difficult to maintain.

The Government Accountability Office found that, like with a lot of companies, agency IT budgets just haven't found their way to the top of the list, particularly with cuts across the board. But that save now, pay later approach has a problem: It's now later, and penny pinching over the past decade has left a crippled technology infrastructure.

In fact, the GAO found a $7.3 billion decline in spending on modernization since 2010.

What's worse is that, while almost all the agencies say that they plan to make the needed modernizations, they have no time table (or budget) in which to make the changes.

Instead, the increasing cost of maintenance eats up the IT budget, making needed upgrades even harder to find the money for.

That leads agencies to be further and further behind, as the Department of Defense recently discovered: A planned upgrade to Windows 10 ran into problems when theMarines found that their new computers were often too outdated to run the latest from Microsoft.

This first ran at http://windowsitpro.com/windows/billions-cut-federal-it-leave-nations-nukes-controlled-floppies