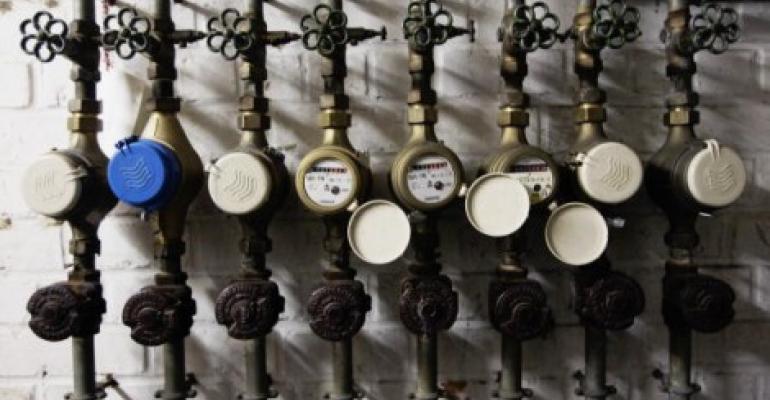 This IoT Startup Wants to Break Down Data Center Silos

If the Internet of Things is a network of devices that generate data and share it over the network, then there is nothing new about the concept, even if the term is new. That’s especially true for data centers, whose operations teams have for many years relied on connected temperature and humidity sensors, networked PDUs, or power strips to manage their facilities.

In Scott Noteboom’s view, however, that network is the “legacy Internet of Things,” which is different from the Internet of Things that’s being built today. Noteboom is a founder and CEO of LitBit, one of the companies doing the building.

Electrical and mechanical systems in data centers are a perfect example of legacy IoT, he says, operating in silos, isolated from the IT systems they support. That isolation is the decades-old legacy, used to this day as the only method of securing these critical systems from intrusion.

LitBit is targeting the data center market, and its initial beta customers are data center operators, but Noteboom’s ambitions extend far beyond the data center. The three-year-old San Jose, California-based startup has created a platform that aims to enable any networked device to generate data and share it in encrypted form, while giving users the tools to define what types of data they need and what they want to do with it.

VCs Are Excited about IoT Startups

Recently, LitBit raised $7 million in a Series A round of venture capital funding, following two seed rounds earlier. It has now raised a total of $10.5 million. That’s something the company probably wouldn’t have been able to do, had it defined itself as a data center infrastructure management startup. 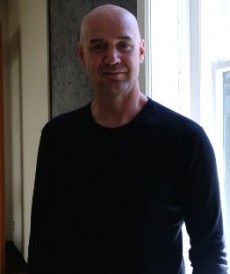 IoT is a hot space, and there’s a lot more VC money available to companies in that space than in data center facilities. “Generally, investors don’t get excited about [physical data center management],” Noteboom, whose resume includes top infrastructure roles at Yahoo and Apple, says. “There isn’t a whole lot of startups that deal with that space.”

Data center facilities management, generally, is not an innovative space, he explains. It’s a space where people largely do the same thing for the duration of their career, and if 25 years of experience doing the same thing is of value in an industry, that means “it doesn’t change too much.”

“If you’re looking to serve anything on the machine side of the world that is not completely disruptive, it’s probably pretty challenging to raise venture capital.”

VCs are also excited about IoT because it’s on the CIO’s radar, Noteboom explains. CIOs see it as a new challenge, with new budgets and new strategies.

LitBit’s goal can be summed up as enabling more devices to communicate with each other and with people. Its platform, RhythmOS, is what aggregates and translates data generated by devices that use a variety of protocols, be they Modbus and BACnet, the widely used protocols in building management and automation systems, or SNMP, the protocol used for managing networked IP devices. Device manufacturers can contribute their own software for translating their protocols to the platform, and users can build their own applications on top of it, although LitBit does build and sell applications of its own.

The software LitBit has built on top of RhythmOS so far has two general goals: providing users real-time data of their choice and analyzing a collective, central pool of operational data to help users manage infrastructure more effectively, be it infrastructure in a data center, a manufacturing plant, or an office building. 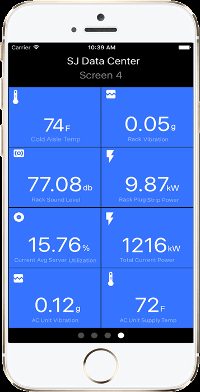 A colocation data center provider, for example, can easily share with a customer their power usage, or temperature and humidity in their colocation cage. They can set the software up to alert a user when they are approaching 80 percent utilization of their available power (which is not recommended) while at the same time alerting a sales rep who can contact the user with options to expand their deployment.

Those are just two of many examples. The key is that the user defines the data sources they want to track, and those sources can be anything, from temperature to sound. A cooling unit may make a particular sound when it’s running low on refrigerant, for example, and if the system identifies the sound as abnormal, it may be set up to alert the operator.

“If you’re that data center facilities person who has 25 years of experience, and there are 10 of them in the data center, that collective 250 years’ worth of experience is really valuable and can make a machine a lot smarter,” he says.

If the system detects an unusual grinding noise in a data center, for instance, it will take a few seconds for an experienced data center manager to identify it as a broken bearing in a failed power supply. In this example, the system would alert the engineers of an unusual noise it is not familiar with, and one of the engineers would identify the problem. The next time the system detects a similar noise, it will know what it means.

He expects this operational knowledge base to grow over time and be available to all LitBit users. Customers will have the option to anonymously share this data with a central data repository. The more users share their data over time, the more intelligent the system becomes.

This data will be used not just for predictive operational intelligence, but to orchestrate infrastructure to fine-tune its performance. Facilities systems will be managed based on data collected from IT and facilities systems across many data centers over time. The silo will go away, including the silo within the four walls of a single data center.

Corrected: LitBit has raised $10.5 million total, including two seed rounds and a $7 million Series A round. It did not raise $10.5 million in 2013, as the previous version of the article stated.