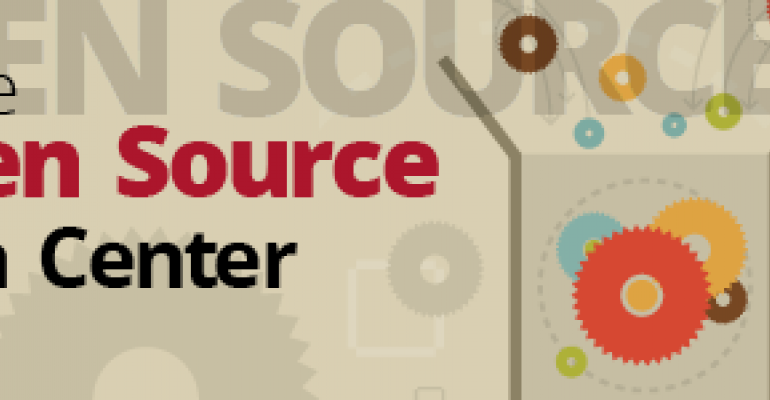 From innovation at every physical layer of the data center coming out of Facebook’s Open Compute Project to the revolution in the way developers treat IT infrastructure that’s being driven by application containers, open source is changing the data center throughout the entire stack

Here's a collection of stories on The Open Source Data Center that ran on Data Center Knowledge in March:

Why OCP Servers are Hard to Get for Enterprise IT Shops - The idea behind the Open Compute Project is taking a lot of the best practices and pushing them into the rest of the data center market. When it comes to enterprise, that’s a challenge. A lot of them are still on standard solutions.

How Open Source is Changing Data Center Networking - To say that open source efforts are responsible for the current state of data center networking would be like crediting earthquakes for the shapes of continents. Yes, they play an undeniably formative role. But the outcome is more often the result of all the elements — many of them random — they put into play.

Facebook Data Centers: Huge Scale at Low Power Density - One of the interesting aspects about Facebook data center designs is that the company has been able to scale tremendously without increasing power density. Many data center industry experts predicted several years ago that the overall amount of power per rack is going to grow in data centers – a forecast that for the most part has not materialized.

LinkedIn Adopting the Hyperscale Data Center Way - LinkedIn’s need for scale has never been higher than today, and the social networking company is adopting a lot of the same approaches to building hyperscale data center infrastructure companies like Google, Facebook, and Microsoft have been using.

Google Contributes 48V DC Data Center Rack to Open Compute - The company said it will contribute a spec for a data center rack with 48V power distribution and a new form factor that will enable OCP racks to fit into Google data centers.