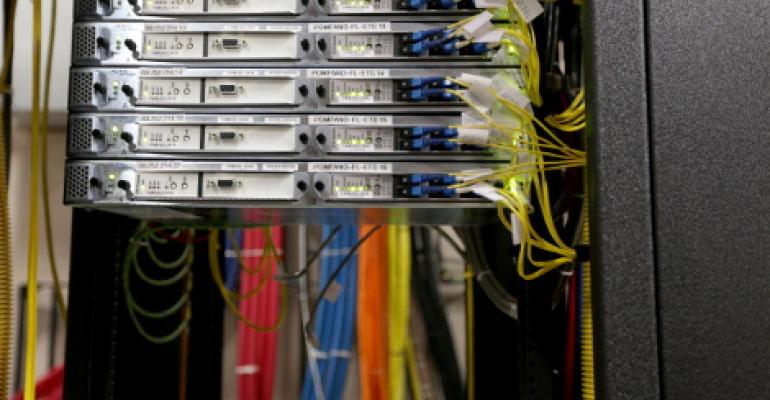 As American technology companies expand their business in Asian markets, and as their Asian counterparts tackle markets in the US, demand for high-speed connectivity across the Pacific is skyrocketing.

New cross-Pacific submarine cable systems are due to come online in the near future to address that demand. The most well-known example is the Faster cable system, backed by Google and several Asian telecommunications and IT services companies and expected to come online this year.

The other big project is the New Cross Pacific Cable System, which is backed by Microsoft and a group of Asian telcos. NCP is expected to come online in 2017.

Both systems will land in Oregon on the US side, which will drive demand for data center capacity in the Pacific Northwest by companies wanting to take advantage of all the new transpacific bandwidth.

Gateway Between US and Asia Near Seattle

Recently, a big new data center campus was launched in the Seattle area to take advantage of that demand. The company behind it is Centeris, a recently formed data center provider backed by the Benaroya Company, a real estate firm based in Bellevue, Washington, which is also just outside Seattle.

Simon Lee, Centeris board director, said the company’s leadership expects the campus to become a major US hub from where companies can access existing and new cable landing stations along the Pacific coast. “We look at ourselves as kind of one core from the US side, and there will be other cores in various countries [in Asia] that basically connect to us,” he said.

The Centeris Transpacific Hub, located in Puyallup, will be the core from where Asian traffic will be backhauled to other interconnection hubs near the coast and further inland. The closest and most important such hub for Centeris will be the Westin building, the big carrier hotel in downtown Seattle. Other key West Coast hubs are in Silicon Valley and Southern California.

Centeris has no plans to provide connectivity services itself. The company will focus on providing data center space and power, while relying on partners for connectivity.

One such partner is Wave, whose network can take traffic to about 80 data centers on the West Coast. Another is Comcast, which has national reach.

The first phase of the hub, a 50,000-square foot data center, is already online, currently serving about five initial customers. Lee could not name any of them, citing confidentiality agreements.

Some of them, he said, are well-known companies to people both inside and outside of the IT industry. There are also fairly unknown but significant customers, such as a billion-dollar logistics company that’s currently using about five racks in the facility.

Adjacent to the data center is a nearly 180,000-square foot powered shell with access to 10MW of power. Centeris plans to use it for larger customers that need more capacity and more privacy.

The Transpacific Hub has the potential to become an enormous data center campus, similar in scale to some of the hubs in Northern Virginia, which connect to submarine cables that carry traffic between the East Coast and Europe. Its territory is nearly 90 acres, and it has access to 50MW of power, which can be expanded in 25MW increments, Lee said.

Centeris would welcome other data center providers to the campus, he said. If a carrier wants its own building there, the company will be happy to provide the building and the power as well.

Lee considers the campus’s proximity to Seattle a big advantage over other data center clusters in the Pacific Northwest, places like Quincy, Washington, or Prineville, Oregon. He calls the city – home to Amazon headquarters and a neighbor to Redmond, where Microsoft is based – the “cloud capital.

In his opinion, a big data center and connectivity hub near Seattle that’s similar in scale to what can be seen in places like Northern Virginia, or Dallas, is “inevitable.” Land, power, and skilled workforce are incredibly expensive in San Francisco and Silicon Valley, and there is no major tech business hub in Oregon, even though there is a high concentration of submarine cable landing stations on the Oregon coast.

The infrastructure being built out today, the submarine cables, the landing stations, and the data centers on both ends, will power connectivity between two of the world’s largest economic regions, US and Asia, for the next 100 years, Lee said. “I’ve been seeing it for years. All these things were kind of inevitable.”