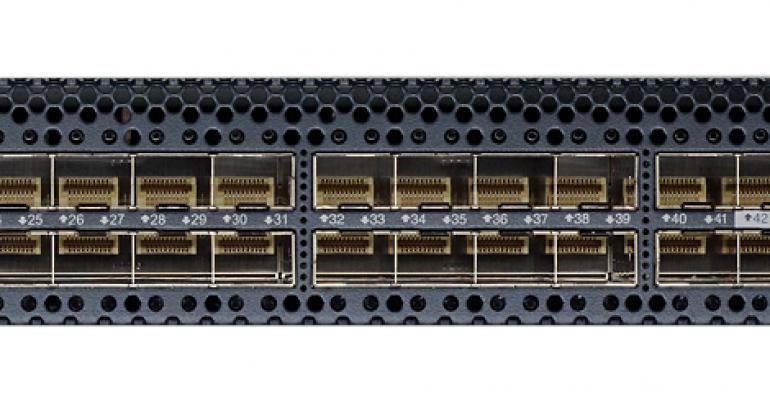 How Juniper IT Went from 18 Data Centers to One

Mainly because it is a technology company, going all-in with cloud was not something Juniper Networks’ IT leaders had to sell to the board. It was almost the other way around.

“It was a fundamental understanding,” Juniper CIO, Bob Worrall, said about the decision several years ago to shut down the company’s then sprawling data center footprint and transition to a cloud-centered IT model. “We have a very tech -savvy board, most of them from firms here in the [Silicon] Valley. Four years ago, they all saw the writing on the wall.”

The San Francisco Bay Area native joined Sunnyvale, California-based Juniper about eight months ago, after four and a half years as CIO of Nvidia. He replaced Juniper’s former CIO Bask Iyer, who left for VMware.

When he arrived at Juniper, the transition had been mostly completed. Juniper IT had gone from 18 data centers to one with less than 60 racks in it.

A lot of the data center footprint was also reduced by taking a hard look at all the applications that were running in Juniper data centers, getting rid of redundancies, and replacing some legacy apps with more modern ones, such as SAP’s enterprise software.

Worrall’s team completed the final phase of a large SAP implementation in January. It is a private cloud service running in a T-Systems data center in Houston.

The small data center footprint that’s left is running legacy apps that haven’t found a new home in the cloud yet. While the goal is to phase the ones that are close to “end of life” out, moving the rest to the cloud, and shutting down the last data center by next summer, Worrall accepts the possibility that he and his colleagues may not find a cloud solution for all of them. “That will be the long tail of that story,” he said.

Worrall will be speaking about Juniper IT’s transition to a cloud-first model at next week’s Data Center World Global conference in Las Vegas (more details about the event below).

But that’s not all. Besides supporting corporate needs, there’s a whole other side of any major tech company IT team’s job, and that is providing the infrastructure for building and testing products.

The strategy for the engineering side is to have two physical, on-premise data centers for testing and simulation. One of them is already up and running on Juniper’s new campus in Bangalore, and the second one is currently being built out in Quincy, Washington.

In addition to supporting the engineering function with “the plumbing,” as Worrall calls things like networking and management of critical application assets, such as source code repositories, his team participates “heavily” in the engineering and product release processes.

“Juniper IT is also a customer of Juniper,” he said. His organization tries to behave just like a normal customer would, which was a big part of the reason business leaders pushed so hard for the transition to cloud. They saw their customers make the transition and wanted to stay on the same page with them.

Worrall’s team uses Juniper products, makes engineering requests, and gets services from the company’s service organization just like other customers do, Worrall said. “That whole customer-number-one notion makes IT very important at Juniper, and I think they take it very seriously.”

Join Juniper CIO Bob Worrall and 1,300 more of your peers at Data Center World Global 2016, March 14-18, in Las Vegas for a real-world, “get it done” approach to converging efficiency, resiliency and agility for data center leadership in the digital enterprise. More details on the Data Center World website.