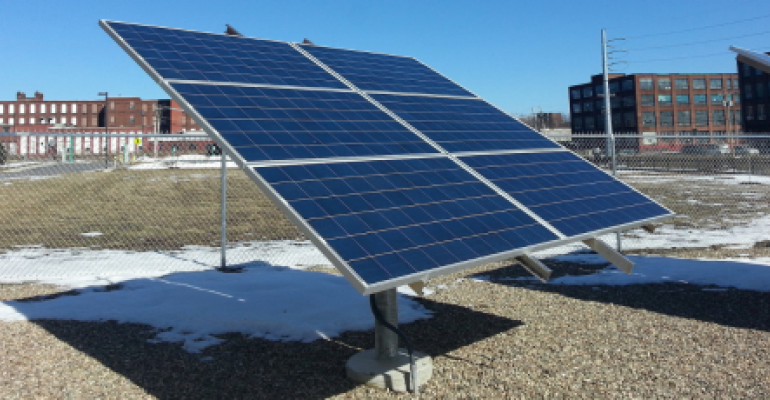 One of the solar panels powering MassNZ, the experimental micro data center in Holyoke, Massachusetts, launched in February 2016 by scientists from MIT, UMass, Harvard, and other universities to study data center sustainability (Photo: MGHPCC)
Design>Supercomputers

Renewable energy is tricky to use, and it’s even trickier to use in data centers, which have to be running around the clock, regardless of whether or not the sun is shining or the wind is blowing.

Researchers behind an experimental project in Massachusetts hope to push the progress further by studying over time performance of a solar-powered micro data center launched this month. The test bed is called Mass Net Zero Data Center, or MassNZ. The project’s goal is to help researchers understand how to reduce data center energy consumption and increase data centers’ ability to use renewable energy.

The project is a collaboration between the Massachusetts Green High Performance Computing Center, a supercomputing facility in Holyoke shared by the region’s major universities, including MIT, Harvard, University of Massachusetts Amherst, and the local city-owned utility Holyoke Gas and Electric. It is funded partially by a National Science Foundation grant.

“There are three major obstacles to research in sustainable data center design: availability of experimental infrastructure to enable realistic prototyping and evaluation, availability of realistic use cases from a state-of-the-art green data center, and real-time visibility into the utility infrastructure that provides data center power,” Christopher Hill, director of research computing for MIT’s Atmospheres, Oceans and Climate program, said in a statement. “The MassNZ addresses all three.”

Prashant Shenoy, a UMass computer science professor, said despite numerous data center design advances, there were still many unaddressed challenges. “How should a data center incorporate renewable sources of energy? How should future data centers interface with a smart electric grid to intelligently reduce their electricity bills? How should we design green HPC applications that intelligently manage power use?”

Hill and Shenoy are principal investigators in the MassNZ project, which is an extension of a project to build a shared computing resource for researchers and students from multiple universities at MGHPCC. The project, called Engaging-1, started with a $1.6 million grant from the NSF. 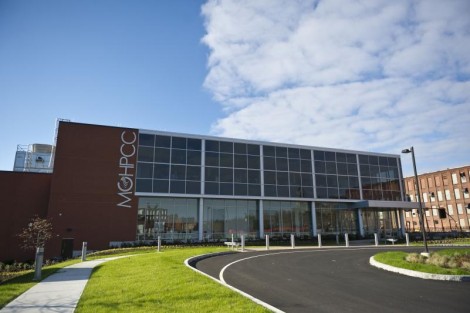 MassNZ is a 200-square foot micro data center, powered by solar panels located next to it. It has renewable cooling systems and energy storage systems, comprised of micro flywheels and batteries. It also serves as a distributed energy storage demonstration project by HG&E, the utility.

The researchers plan to deploy a variety of servers, storage systems, and networking gear in the facility.

They will collect power, cooling, and workload data from micro data center and the 15MW HPC facility next to it to study opportunities to integrate data centers with smart grids, use machine learning and data to model sustainable data centers, and design new power management techniques for HPC applications.