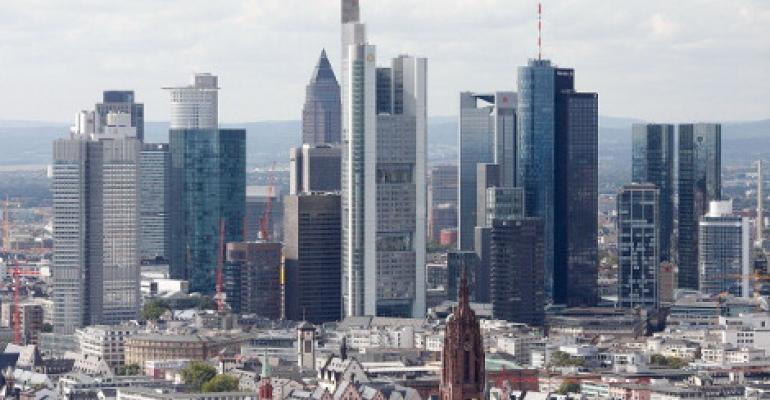 Digital Realty Trust is expanding presence in Europe with entry into the Frankfurt market.

The San Francisco-based data center provider has acquired a large parcel of land in the German city, where it plans to build a three-building data center campus. Frankfurt is one of Europe’s biggest and most active data center markets and, according to Digital Realty executives, has been on the company’s radar for some time now.

Digital Realty management announced the land acquisition on the company’s fourth-quarter earnings call Thursday. It made $500 million in revenue for the quarter – up about 20 percent year over year.

The data center REIT currently has 22 data centers in Europe, including facilities in Dublin, Manchester, London, Amsterdam, Geneva, and Paris.

Much of the company’s current business strategy revolves around leasing its data center capacity to the biggest cloud service providers, for whom Frankfurt is an important market. It is one of Europe’s major network interconnection hubs and a popular digital gateway to Eastern European markets.

Examples of cloud providers that expanded infrastructure into Frankfurt recently include Amazon Web Services, IBM, DigitalOcean, Oracle, and VMware. Microsoft announced last year it was planning to add data centers in Frankfurt and Magdeburg to support its Azure cloud.

Virtually all major cloud providers are also customers of Equinix, the retail colocation and interconnection provider with substantial footprint in the Frankfurt market. In addition to competing with Digital Realty, Equinix is one of its biggest customers and one of the companies Digital relies on to bring enterprises that want to access cloud services via Equinix into its facilities. Other Digital Realty customer that serve this purpose are IBM and AT&T.

Equinix had five data centers in Frankfurt prior to last year’s acquisition of the European data center services giant TelecityGroup, which added two Frankfurt sites to its portfolio. However, Equinix has to sell one of the two Telecity data centers – the Lyoner Strasse one – as part of the deal it made with European antitrust regulators to secure their approval for the merger.

Digital Realty has not disclosed a timeline for development in Frankfurt, saying only that it will base timing decisions on market dynamics. The six-acre parcel will accommodate a three-building campus with 27MW of power capacity total.

This is a second major land acquisition for expansion Digital Realty announced recently, following a long period of construction freeze, as the company tweaked its strategy, made substantial changes to the executive team, and made efforts to sell off non-core assets.

It is now back in expansion mode, which kicked off with last year's acquisition of a 2 million-square foot piece of land in Ashburn, Virginia, which has access to 150MW of power.