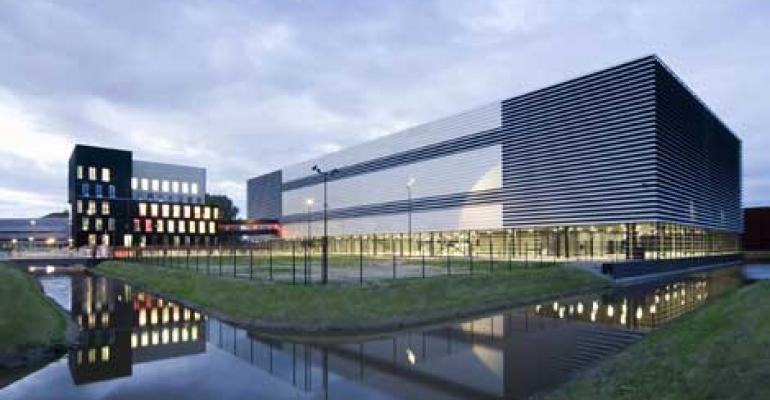 Equinix: the Complicated Math of a Technology REIT

While the colocation and interconnection giant is now officially planted in the REIT sector, it is still very much a technology company

While Equinix is now officially planted in the REIT sector, it is still very much a technology company, an aspect its management remains firmly attached to. This creates a dynamic tension between growing funds available for distribution and funding global business initiatives.

In a nutshell, Equinix had a lot of moving parts during 2015, including: REIT approval mid-year, the acquisition of TelecityGroup in Europe and of Bit-isle in Japan. Additionally, Equinix made substantial investments in its own IT platform to support hyperscale public cloud providers and inaccelerating its sales and marketing initiatives targeting enterprise hybrid cloud customers.

The chart excerpt below shows steadily declining FFO and AFFO, both sequentially and year over year. More traditional REIT investors would simply run for the hills based upon these results, but the Equinix story is more nuanced. 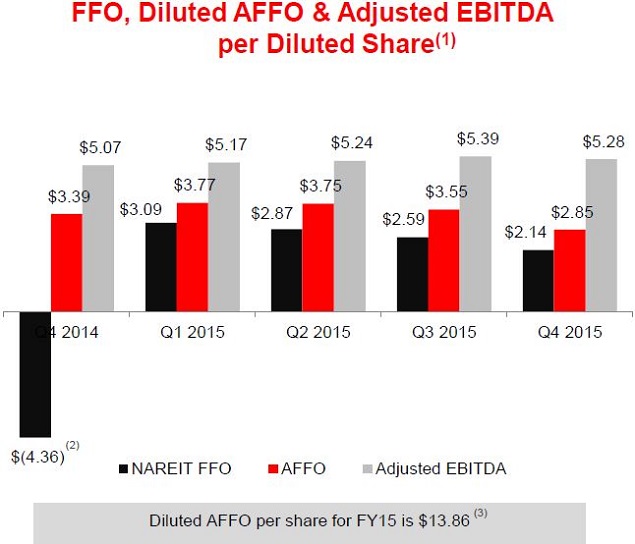 However, calculating the diluted share count is complicated by the Telecity acquisition. 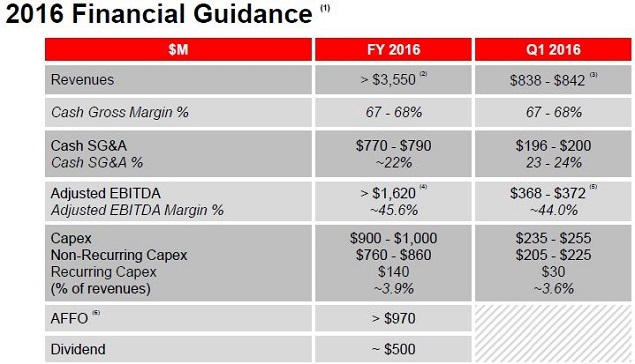 The financial guidance for 2016 contained a lot of adjustments, including a $50 million foreign exchange loss related to the acquisition of TelecityGroup and $58 million of integration costs. Both of these items hit "normalized" AFFO, taking the number down from $1.08 billion to $970 million.

On February 18, Equinix also announced a quarterly cash dividend of $1.75 per share on its common stock, a 3.6 percent increase over its prior cash dividend per share. Based upon the most recent close of $299.37 per share, this equates to an annual yield of 2.33 percent.

The ability for Equinix to grow AFFO per share directly impacts investor perception regarding this new REIT's ability to support and grow its dividend distributions.

Telecity: Management guided to a mid-year 2016 closing. Equinix is "deep into the process" of divesting the eight data centers required for EU approval. After closing, Equinix plans to move the Telecity assets into a more efficient tax structure.

Bit isle: The good news was that Bit-isle was purchased for less than a 10x EBITDA multiple. However, the acquisition will be dilutive to margins in 2016. CFO Keith Taylor explained that Bit-isle had significant space that will be vacated by larger wholesale users. It will take a couple of years for Equinix to back-fill that space with higher-revenue colo/interconnection customers.

Verizon - Telco Data Centers: CEO Steve Smith explained that Equinix will be taking a "proactive, but highly selective" approach to potential M&A deals. Any acquisitions would be limited to network-dense and cloud-dense assets. However, management would consider a JV arrangement in order to secure one or more trophy data centers.

Pricing Escalators: Cross-connects, existing contracts and power density escalations all averaged in the 2 to 5 percent range.

Equinix remains at its heart a technology growth story. While its feet are firmly planted in the data center business, its head and vision remain first and foremost "in the clouds."

Frankly, Equinix is much harder to model and understand that any of its five data center REIT peers. This makes EQIX a "stranger in a strange land," hard to "Grok" for traditional REIT investors.

On Friday, it appears Wall Street investors gave Equinix a free pass for 2016. It appears that Mr. Market is betting on the ability of CEO Smith and his team to close and integrate acquisitions and grow EBITDA margins in 2017 and beyond.