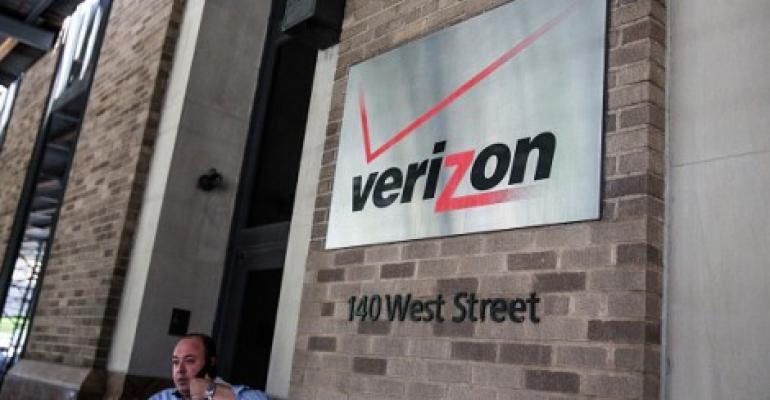 Verizon Communications, which several years ago had huge public cloud ambitions, is shutting down its public cloud service, which competes head to head with giants like Amazon Web Services and Microsoft Azure.

The company notified its cloud customers of the coming change Thursday, giving them two months to move their data or lose it forever. It has already removed any mention of public cloud compute services from its website.

The move appears to be a confirmation of what many in the industry have been predicting, especially since news started coming out of big telcos looking to offload massive data center portfolios they had amassed in recent years to go after the cloud services market. It has become almost impossible to compete with AWS, Azure, and to a lesser extent with Google Cloud Platform in the market for renting virtual compute power over the internet and charging by the hour.

In competing with each other, these giants have made the cost of using cloud VMs so low and built out global infrastructure so big, no-one can really manage to keep up. HP made several attempts to become a public cloud provider but failed, and so did Dell. Notably, IBM is still in the market, gradually expanding its cloud data center capacity around the world.

Publicly, Verizon has been quiet about its plan to discontinue public cloud services, one of its spokespeople telling Fortune the closure affected a “cloud service that accepts credit card payments…” The world learned about it from a tweet by one of its cloud customers, who posted the entire notice, giving customers the deadline of April 12 to move their data elsewhere:

And another one bites the dust. Verizon officially shutting down their Public Cloud platform on April 12th. pic.twitter.com/K4a5XQygEq

A Verizon spokeswoman did not respond to a request for comment from Data Center Knowledge in time for publication. The company is offering its Virtual Private Cloud services as an alternative. These are dedicated, physically isolated cloud environments. They are usually a lot more expensive than public cloud services, where many customer VMs run on shared physical servers. “Please take steps now to plan for migration to VPC or another alternative before the discontinuation date,” the notice read. "Verizon will retain no content or data remaining on these Cloud Spaces after that date and any content or data that you do not transfer prior to discontinuation will be irrecoverably deleted.” Services being shut down are Public Cloud and Reserved Performance Cloud Spaces. Public cloud storage services will remain intact. Kenneth White, the user who posted Verizon’s notice on Twitter, is a security researcher and co-founder of the Open Crypto Audit Project. In another tweet, he referred to Verizon’s “credit card payment” response to Fortune as spin:

One of the people who commented under White’s original tweet was involved in one of HP’s failed early efforts to build a public cloud business, saying those efforts stood little chance against AWS:

@kennwhite @cloudpundit that was snark on my part :) full disclosure, i worked on HP pub cloud effort in early years. no chance against AWS

The commenter, Tim Pletcher, was a senior engineering manager at HP between 2011 and 2014, according to his LinkedIn profile. Gartner analyst Lydia Leong, one of the top industry analysts covering cloud services, wrote in a tweet that although the technology behind Verizon’s public cloud was impressive, going from vision to successful product is a difficult road:

@kennwhite @Chris_Gaun @tpletch I think it was lot more than that. Translating a complex vision into a working service was, surprise, hard. — Lydia Leong (@cloudpundit) February 12, 2016

Correction: This article originally said Verizon had given users one month to move their data from its Public Cloud, which is not the case. The company gave customers two months to move data, until April 12.