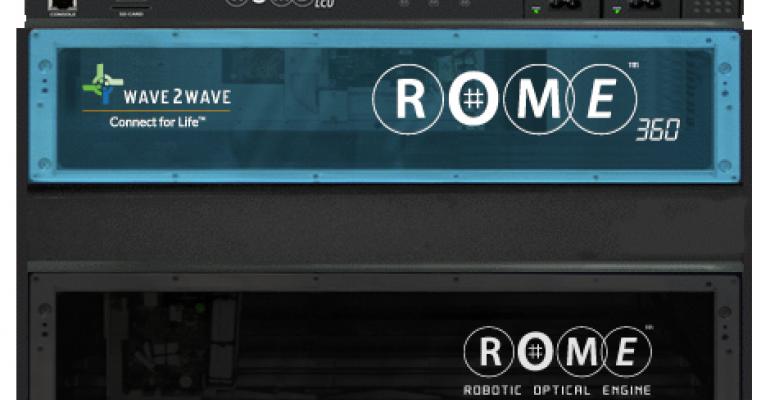 There has been a slow but steady progress toward automating more and more tasks IT or network managers have for years done manually. Automating network management using network virtualization software has been the big frontier in that movement in recent years, done primarily by creating virtual software networks that can be reconfigured on the fly. But those virtual networks still run on physical switches, servers, and routers, linked by physical network cables, and plugging and unplugging network cables has been the physical limit to how far automatic network configuration can go.

Today, the company announced some major additions to its line of robotic switches, introducing a 500-port one, a 1,000-port one, and a 2,000-port one. Until today, it has been shipping switches with 360 ports. The 500-port switch is shipping already, while the higher capacity ones are expected to hit the market in the second half of the year.

Besides providing higher port count, new switches in the portfolio come in 19-inch chassis, which are standard for data center racks. The previous-generation switch came in telco-standard 23-inch chassis.

Essentially, a Wave2Wave ROME switch (ROME stands for Robotic Optical Management Engine) acts as a big, 10-rack-unit patch board. All networked devices in the data center plug into the board, and software takes it from there. “All roads lead to Rome,” is a convenient proverb the company’s CEO David Wang likes to use.

“Traditional physical fiber connections through ROME can be made automatically, remotely, and much more quickly, without human intervention,” he says. Thousands of physical connections between devices in a data center are reduced to a few hundred, and there’s no need for patch panels.

It can complement Layer 2 network infrastructure on the spine layer. A connection from the spine to a top-of-rack switch, for example, can be made in seconds. It also offers an added benefit of offloading some workload from the spine switch ASICs.

There are three ways to manage the switch: through an API, a command line interface, or through a graphic user interface.

Wave2Wave has been around since 2003. With headquarters in Milpitas, California, and Dublin, Ireland, offices in Hong Kong, and R&D and manufacturing facilities in China and Israel, it does design, engineering, and manufacturing for customers that operate data centers globally. Its presence in Silicon Valley and global reach has helped it win a lot of business with some of the world’s biggest Web 2.0 companies and telcos, Wang says, but adds that he’s unable to share any of the customers’ names.

Many of its product design decisions are informed by existing customer requirements, and several dozen customers have deployed ROME 360 in their data centers. Customers with multi-location data center infrastructure who want to manage it remotely are a big driver for ROME.

“This is a customer-proven product and technology and has already been deployed for more than the last five years,” Wang says.