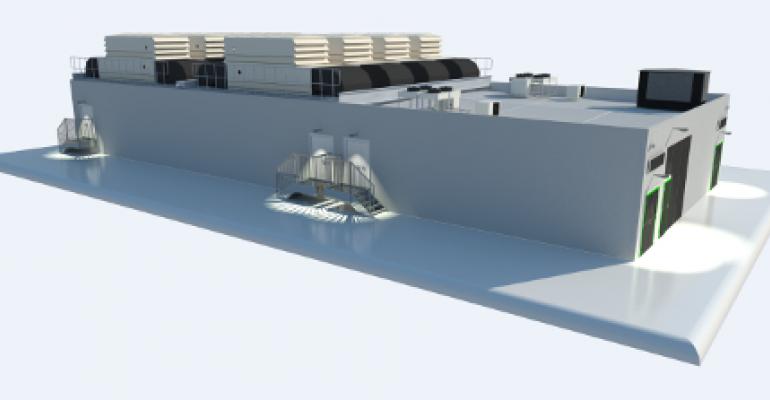 This month, we focus on data center design. We’ll look into design best practices, examine in depth some of the most interesting recent design trends, explore new ideas, and talk with leading data center design experts.

After years of designing data centers for customers around Europe, Theo Arendzen and his colleagues realized that no matter how much customization a customer wanted, the fundamental data center design elements just didn’t vary that much from one facility to another.

“Most of the topology is based on the same design principles,” he says. “You always come to a more or less standardized solution.”

Until about six years ago, ICTroom, the Netherlands-based company where Arendzen oversees engineering and design, built data centers within existing buildings. But when it started receiving its first orders for greenfield developments, the engineers started working on the idea of standardization and modularity.

ICTroom wasn’t alone in this realization. Companies like Colt in Europe, or Compass Datacenters, Aligned Data Centers, and IO in the US, also bet their money on the idea that the more you standardize, the faster you can deliver product and save on upfront costs usually sunk in high-capacity facilities that spend long periods of time underutilized. Even Facebook, which builds massive web-scale facilities, has been employing these principles starting with its server farm in Luleå, Sweden.

After designing its first greenfield data center for a service provider named AlphaClouds, a 3MW facility, and a much bigger project for another customer whose name Arendzen could not disclose, ICTroom came up with its first modular product.

IMD750 is a whole-package deal – a 750kW data hall with all the necessary cooling and backup power infrastructure that gets quickly assembled on-site on a steel frame. The building shell around it also consists of a steel frame with concrete slabs bolted on.

There’s enough room for customization, but 80 percent of it is standardized, and Arendzen considers that to be a big advantage, enabling the company to deliver a data center ready for commissioning in 12 to 15 weeks, he says.

Here’s a time-lapse video of a data center build ICTroom did for cloud service provider Cegeka:

Earlier this month, ICTroom introduced smaller form factors to its product line, adding 250kW and even 50kW options. The idea is to give customers the option to scale in even smaller chunks.

Another goal was to make the building itself scalable too, not just the critical power capacity. IMD250, the 250kW option, is built in 36-square meter blocks, so a customer can expand the building size in those increments, independently of IT capacity, which scales in 250kW increments.

IMD50 is ICTroom’s micro data center offering, which supports six or so IT racks, complete with UPS and cooling systems. Micro data centers are a relatively recent development, and only a handful of vendors have offerings in this category. These are aimed primarily at companies that either need data center capacity close to end users, such as caching sites, or for companies that don’t have huge data center requirements but cannot outsource the requirements that they do have to commercial colocation or cloud providers.

While demand for such small-capacity data centers today is low, it is slowly rising, Arendzen says.