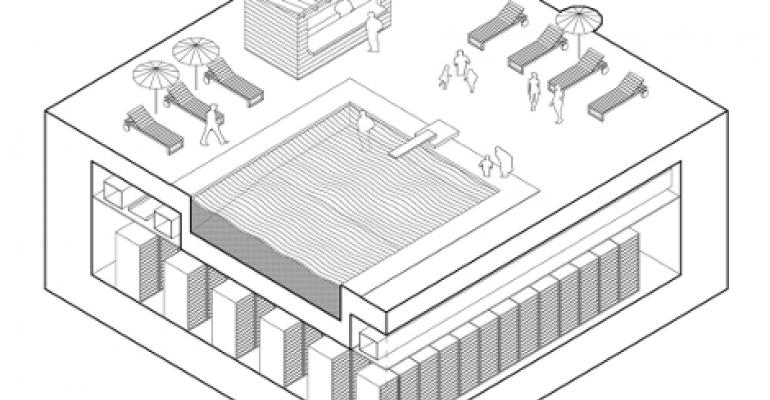 Startup Envisions Data Centers for Cities of the Future

This month, we focus on data center design. We’ll look into design best practices, examine in depth some of the most interesting recent design trends, explore new ideas, and talk with leading data center design experts.

rhizome (rī′zōm′) - a horizontal, usually underground stem that often sends out roots and shoots from its nodes.

Sometimes, people outside of a particular field get ideas for the field that are better than any insiders are capable of, being unencumbered by knowledge of what has and hasn’t worked in the past, or preconceptions about the “right” ways of doing things. Of course, lack of expertise makes them capable of coming up with some of the worst ideas too.

Founders of one European data center design startup aren’t sure at this point where on that continuum their ideas fall, and they don’t pretend to be. What they’re trying to do is envision people’s relationship with computing in the near future and the physical form that relationship will take.

The people behind Tallinn, Estonia-based Project Rhizome don’t all have background in data centers. Two of the three founders have backgrounds in design and architecture, and the third comes from the world of IT. But they believe their architecture sensibility brings a useful perspective to data center design, a perspective that will presumably grow in importance as more and more data storage and processing capacity moves into densely populated areas.

“There’s a level of infrastructure that seems to be missing right now,” Ivan Sergejev, one of Project Rhizome founders, says. That’s computing infrastructure that occupies the same spaces people in cities occupy, as opposed to gigantic warehouse-type facilities hidden away in suburbs or rural areas. While the need for those massive data centers is unlikely to ever go away, web content, cloud services, and the explosion of devices connected to the internet – the Internet of Things – may create a need for more data storage and processing capacity directly where the end users are.

The Project Rhizome team is thinking of ways to design small urban data centers so they fit in urban environments functionally, economically, and aesthetically. Imagine exhaust heat from server racks helping keep water warm in an all-season community swimming pool; or a four-story data center where one side of the building is a bouldering wall; or a community playground with rows of IT racks under a skateboarding ramp. Those are some of their ideas. 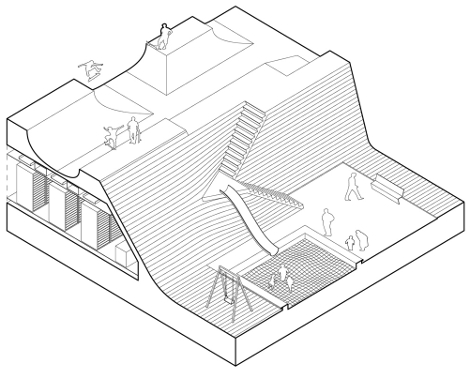 The running themes here are multi-use and physical beauty. If a data center facility has a function beyond storing and processing data, and if doesn’t look ugly or boring, it will be easier to find room for it in the dense and busy urban environment. “When technology comes within close proximity to people, it finds itself in need of a human interface,” the company says on its website.

Sergejev, a Russian-born Estonian, whose time today is divided between Estonia and Holland, originally came up with the idea for Project Rhizome in his master’s thesis at Virginia Tech. He studied architecture in the US on a Fulbright scholarship after getting a degree from the Estonian Academy of Arts in Tallinn. It was, as he describes it, a “crazy architecture thesis,” where he proposed everything from robotics to liquid cooling. But a few years later, when things like edge computing started emerging in the press, some of the ideas started looking less and less crazy.

The company is still at an early stage, working on defining exactly what it is going to do and who its clients are going to be. Sergejev and his co-founders are still “probing, poking around,” he says. We “haven’t proven the fact that we’re all that necessary just yet. The idea itself is pretty strong, so we need to find a way to implement it.” 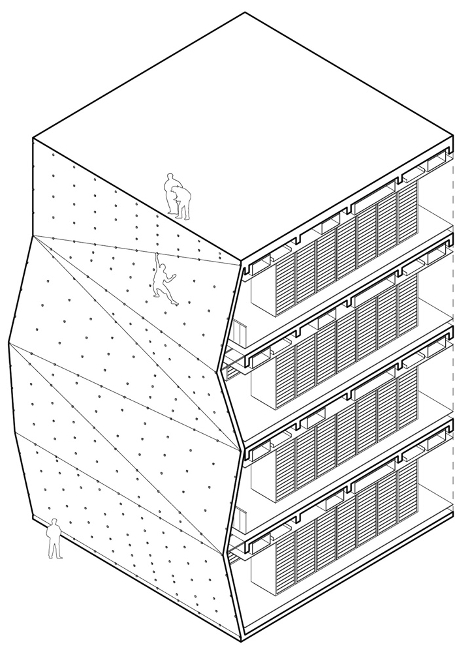 A multi-story data center could double as a bouldering facility (Image/Concept: Project Rhizome)

Some of the potential clients they plan to reach out to are colocation providers, who may need more data center capacity in cities than they have today. While there are colocation facilities in all major cities, they are extremely expensive to operate, and it is very difficult to secure real estate, power, and permits to build new ones. Design can solve many of those problems, Sergejev says.

How Will the Internet Evolve from Here?

Mark Monroe, a corporate IT, operations, and sustainability veteran, says one fundamental question about future applicability of Project Rhizome’s ideas is how the internet infrastructure will be built out from now on to satisfy the demand in cities. Will it replicate the way telephony infrastructure was built, with large central exchanges and local offices, windowless, featureless buildings in urban neighborhoods? “That’s what people are starting to think of as the design for the internet,” he says.

Another fundamental question is what value other than its primary function a data center can bring to an urban environment. “It would be nice if the edge data centers had more than one function,” and architects are the right people to work on this problem, Monroe says. “Architects are great at envisioning uses for spaces.”

But there aren’t that many answers to this multi-use question. “The only beneficial byproduct of a data center seems to be low-grade heat,” he says. “If you can consume that low-grade heat close to the source – whether it’s a swimming pool, or a greenhouse, or a district heating system – that makes a lot of sense.” Another potentially valuable attribute is a big flat roof, which can be covered in photovoltaic panels, enabling the facility’s operator to generate clean energy for the city grid.

Cole Crawford, founder and CEO of Vapor IO, a startup with an original data center pod design that packs a lot of computing capacity into small spaces, says the discussion about edge data centers and what they will ultimately look like should be an economic one. Housing computing infrastructure in buildings that have more than one function can be a more efficient use of resources, while caching data in edge data centers addresses the cost of carrying network traffic from centralized but remote hubs to end nodes, be they cars, smartphones, or household appliances.

While it’s clear that a lot of enterprise computing capacity will eventually end up in the public cloud, the cloud just won’t work for some applications, and those applications could be hosted in smaller edge facilities instead of the big on-prem data centers that have traditionally hosted them. “There are some things that – due to regulatory compliance, or due to trade-secret advantages, or due to banking laws, or otherwise – there are some applications that just aren’t made for public cloud,” Crawford says. “Supplementing that public cloud with smaller, lower-cost edge-based environments is something that I think is inevitable.”

Living Next to Data

The bottom line is that we will need to get a lot smarter about data center design if the edge data center trend will continue. That computing infrastructure is getting more and more distributed is a fact. Just how distributed it will get, and how small the end nodes of this distributed system will be remains to be seen.

But there are already signs that nodes that are much smaller than your typical colocation data center will be necessary to at least some degree, be they the 70 or so mini caching data centers Google is allegedly planning to build out around the world to support its cloud services, Vapor IO’s Vapor Chamber, or the micro data centers vendors like Schneider Electric and Rittal have been promoting since last year. If this is where things are going, ideas like Project Rhizome’s are important in these formative stages, since they will shape the way spaces we all occupy daily look and feel.